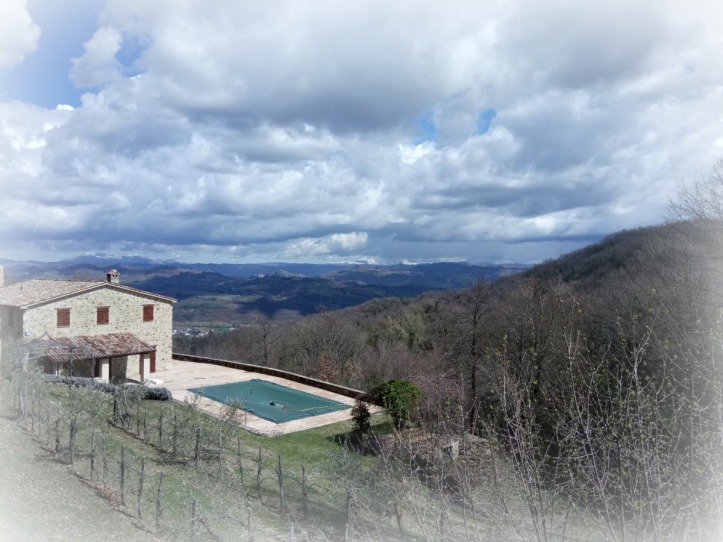 After three weeks of living on Montecastelli hill we’ve settled into a fairly regular routine of work, rest and play. In fact it is probably the first time for over three years that we have actually had a routine of any sort that has lasted longer than two weeks.

We are still engaged in painting and decorating which has proved a little tough but we’re getting through it. A whole apartment and now a three storey barn have been the two projects so far. We’ve moved on from the terrible, terrible Italian radio station we were listening to and now have Radio 2 via WiFi which suddenly seems unbelievably amazing and so very professional. 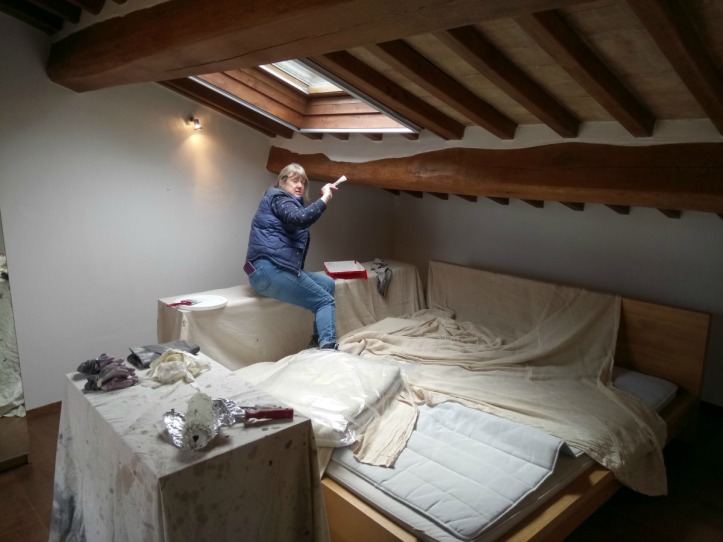 Unfortunately the weather here in Umbria is still decidedly wintery with very low temperatures and our fair share of rain. We still need the fire lit every afternoon and the team of firestarters and firestokers (Gilly, Jo and Gordon) seem to revel in constantly checking and re-logging it every few minutes. I keep well away for obvious reasons.

Every few days we take the two dogs out for their morning W. A . L . K (best to spell it just in case they’re listening) and although the hills around here are seriously steep it’s a lovely hike through quiet woods and along the top of the ridge. Signs of deer and boar prints send the dogs unbelievably crazy, especially Vinnie, but it’s a lovely way to start the day if the weather is ok. 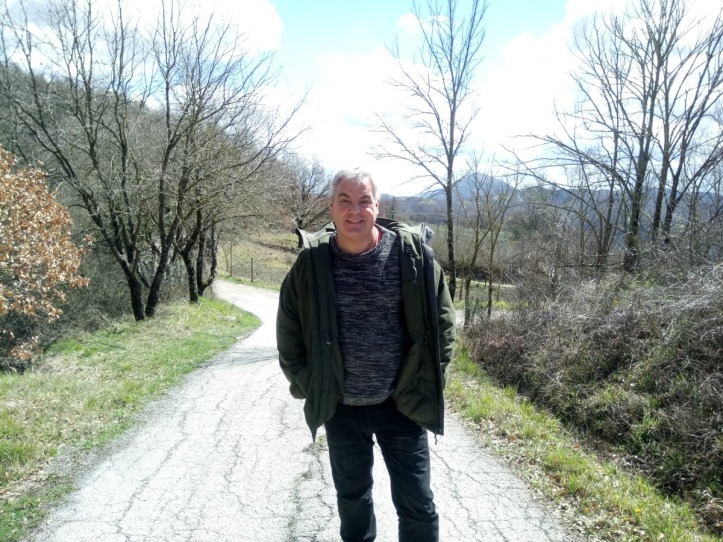 Very kindly Gordon offered to run us into another local town this weekend called Citta di Castello (‘Town of the Castle’) so we spent Saturday afternoon exploring the narrow streets and squares of this quaint little walled city. All of the road signs called it a ‘commune’ which led us believe that there would be half-naked hippies smoking weed and offering free-love but unfortunately in Italy a commune is just an administration centre. So much for the free love!

As we leapt from Gordons speeding car, or maybe he just dropped us off I can’t quiet remember, we walked through crowds of young men dressed in lycra. Jo seemed to be particularly interested for some strange reason but it turned out to be a national under-23 cycle race just about to start. We decided to head back later and made our way through the streets of Castello towards the cathedral.

The city is situated on the slopes of the Apennine Mountain range which runs the entire length of Italy and has a fabulous outlook which unfortunately we couldn’t see at all as the heavens opened virtually as soon as we arrived. As we dashed toward the cathedral we passed the weekend market-holders frantically trying to pack up their stalls. Really strangely the city went from a busy marketplace with hundreds of people to completely empty streets in less than an hour. So odd and a bit disconcerting as we explored between rain showers.

So eventually we headed for a little Umbrian restaurant that we knew in Via della Pendinella for a spot of lunch. That’s not strictly true as we had never been to Castello before so we just picked a friendly looking place opposite Cattedrale di San Florido e Amanzio. What a find! The Piadineria Vecchia Rimini was a family run restaurant that was generations old. Some wine and a beer followed by their speciality dish Piadineria for Jo and unsurprisingly a pizza for me, then fruit crepes and chocolate waffles for dessert. We just thought ‘why not’ and went for it. Such a great meal.

More exploring and a coffee stop at Caffe Cavour to escape yet more rain completed our day before heading back to meet Gordon. Wait though I hear you ask. What about the lycra clad cyclists? Wasn’t Jo desperate to watch the end of the race (I assume it was the sporting side she was interested in).

Back on the Viale Vittorio Venneto we found crowds of excited people behind barriers, a crazed Italian screaming hysterically on the PA, gun-toting macho policemen strutting back and forth, scantilly-clad cheerleaders wrapped up in heavy raincoats, and the road closed. We had 10 minutes so we watched the final sprint finish of the Under 23 Castello Cycle race and waited for the guy on the PA to actually explode. I have never heard anyone quite so excited ever. Between his screams we think Rocky won and Mantovani came second. 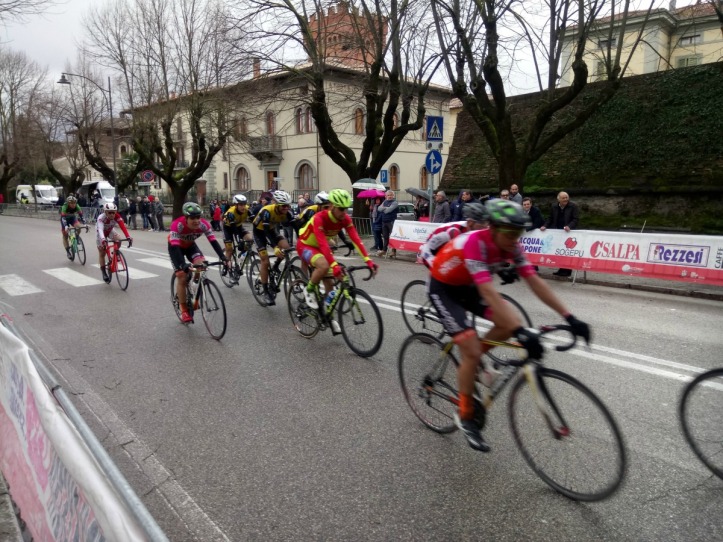 Almost half way through our Helpx stay here in Umbria and we’ve settled into the daily life completely. If the weather brightens up, as the forecast boys have suggested it will, then it could be a great second half. Life with Gordon and Gilly and the dogs is going well and hopefully we will soon be outside working in the glorious Italian sunshine. 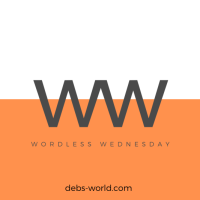 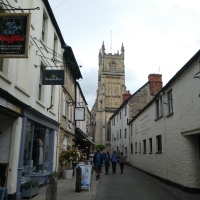 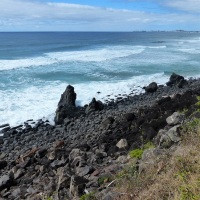 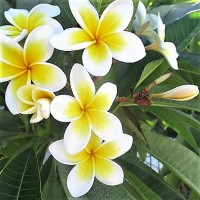