Sailing Away on Lake Taupo 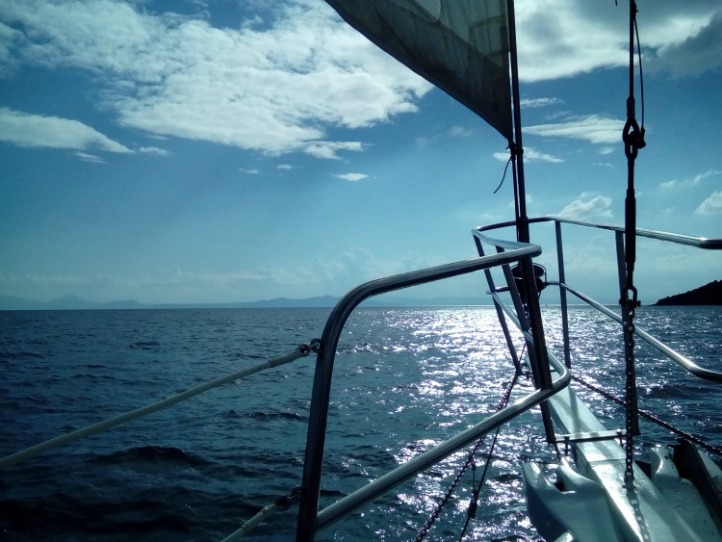 As our time approached to leave the windy, cool (as in trendy), little capital, Wellington, we had time for a final wander round and, as always, we just stumble across things.

Firstly the a dragon boat team was out for a practice in the choppy waters of the harbour.  I am not 100% sure but it was more of a Maori style boat so it may have been a Waka which is a large canoe.  Whatever it was, the crew were shouting out rhythms to paddle to and they were whisking their way through the water against a strong head wind.

Continuing along the harbour there was a Sunday harbour side market which was split into two halves.  One side had a whole variety of fresh vegetables and fruit for sale and the other side was a real mix of caravans and pergolas housing every type of cooked food you could image.  We managed to run the gauntlet successfully without indulging although we were intrigued by the sheer creativity using just a table top cooker and a whole load of exotic ingredients.  In the harbour below the market there was a lot of activity around a couple of boats.  These were selling fresh fish.  (Not sure why the guy on the right has a baby in his shopping basket – we didn’t see that stall!) 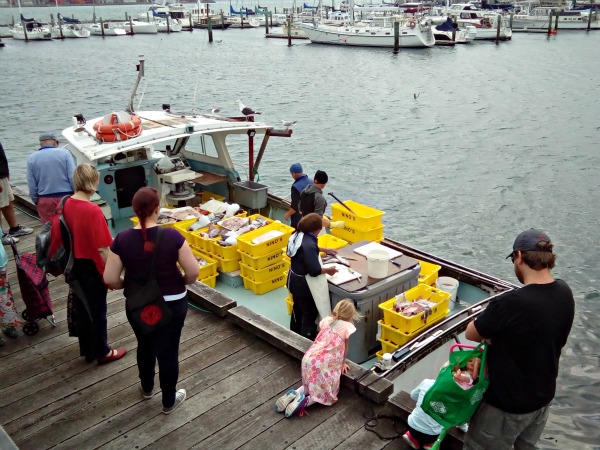 Very unlike us but we decided to head back to our lodge by bus.  To hell with the $4 (£2)! At the bus stop there was a lady bent over taking a photo of the pavement.  Just had to find out more so we interrupted her and discovered when she was in a upright position, she was a Local Hero.  Evidently there are teams of these Heroes employed by the council to help tourists, keep a check of health and safety issues and generally just be ambassadors for the city.  We likened them to the Olympic Games Makers.  We left Melissa to continue to photograph the pavement. 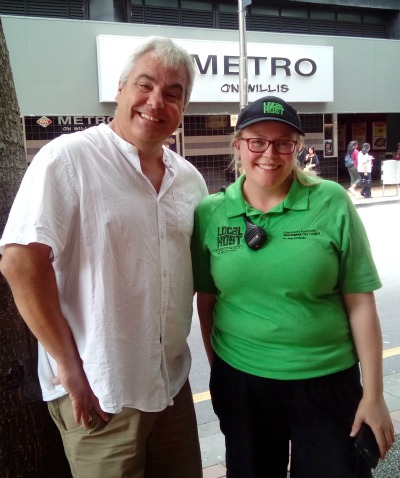 The day of the 6 hour bus trip had arrived.  By our own choice, we had booked an Intercity bus (although we have now re-branded them Intersh..ty). We had researched the local buses to get us to the Railway Station to pick up the Intersh..ty bus but low and behold when we got to the stop the electronic sign showed totally different times, none of which would get us there in time.  A friendly dog walker informed us it was a Public Holiday, Wellington Day.  The best laid plans.  Jon managed to dash over the road to a hotel which had a taxi outside.  Luckily he was available and we made it to the station in style, driven by Paddy from Southern Ireland.

If you have seen our previous blogs, you will know that the bus on our previous Intersh..ty trip broke down so we were a little cautious.  This time the bus functioned OK, apart from the air conditioning so it was a hot 29 degree 6 hour journey. 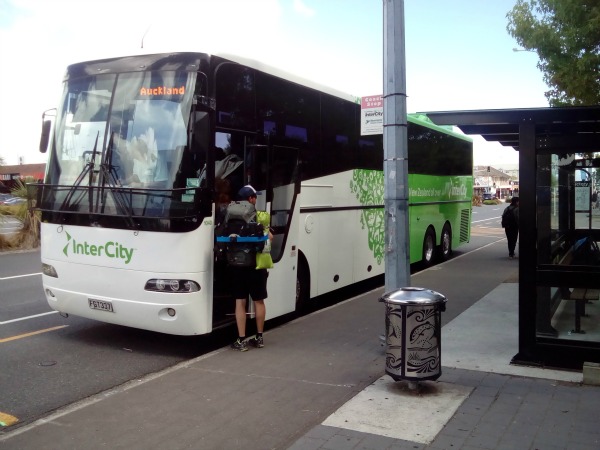 We were glad to see the lake in the distance to confirm that we were almost at Taupo.  We were met by Leonie, our next host, and despite how we must have hummed she was happy to chauffeur us to their lovely home. 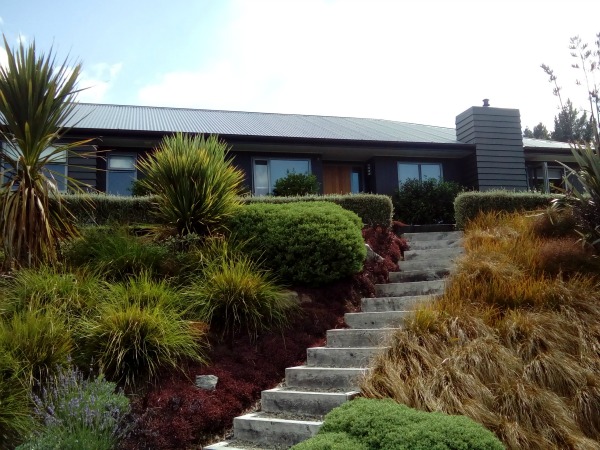 The welcome was fantastic and Jon’s jaw dropped open he saw the huge temporary plunge pool on the deck.  All the plans of unpacking went out the window and after a quick freshen up on went the swimmers and in we went.  It was like heaven to stretch out in the cool water after being cooped up for so long.

Taupo sits on the edge of Lake Taupo – the largest lake in New Zealand at 46 km long.  More surprisingly, the lake sits on a what is called a volcanic caldera which is the empty magma chamber that floods after an eruption. The last monster eruption was 26,500 years ago and evidently we are 900 years overdue the next one so we have gone from earthquake watch to eruption alert. What an exciting country!

After a comfy night’s sleep, we were off to explore.  Being still very warm we took our swimmers with us and first, stop after a beautiful walk along the river, was the lake for a swim. Perfect start to the day. 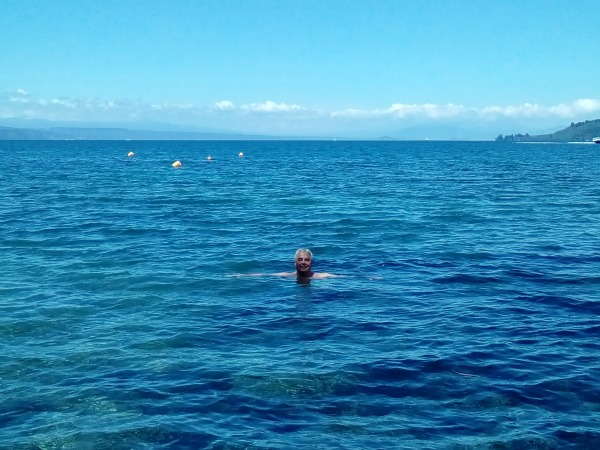 After a spot of lunch we headed to the harbour to people watch and inquire about boat trips. Within minutes we were signed up for a two and a half hour trip on a sail boat.  But not just any sail boat.  The boat was called the Barbary. It had quite a history since it was built in 1926 and has been ferrying tourists to see the Maori carvings which are only accessible by boat. 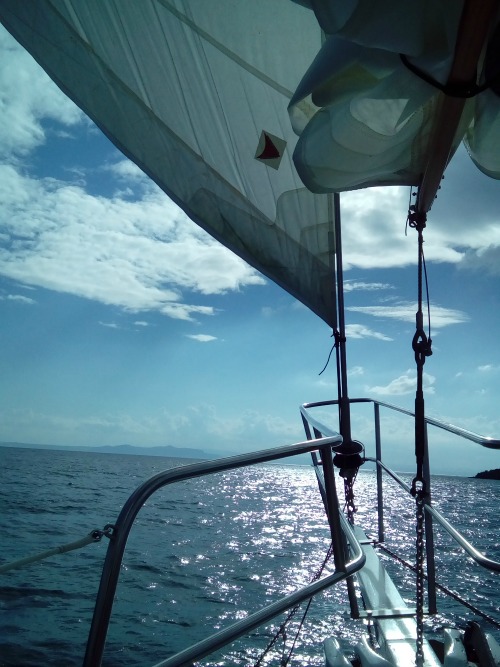 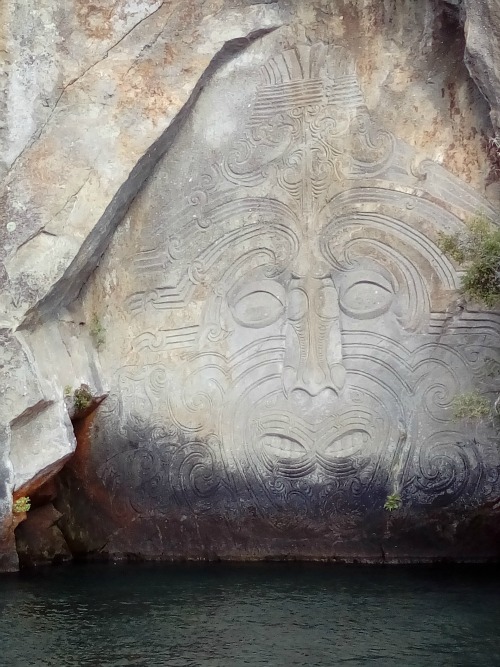 It was a beautiful evening and Jamie, the owner, and his able assistant Ash were very welcoming and made the trip great.  As usual we were one of only of couple of people brave enough to leap off the side of the boat for a swim to the front of the carvings.  Wonderful and not cold at all. 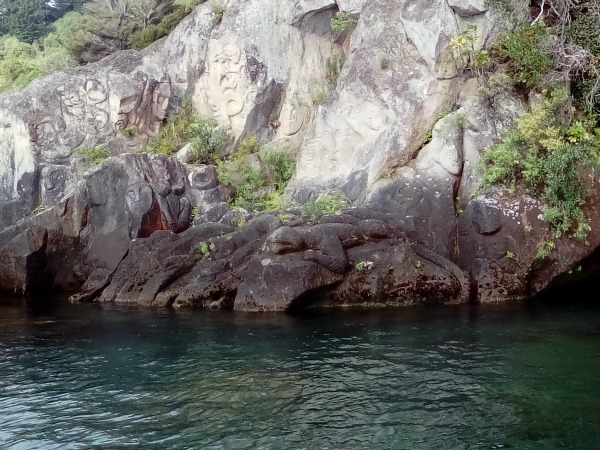 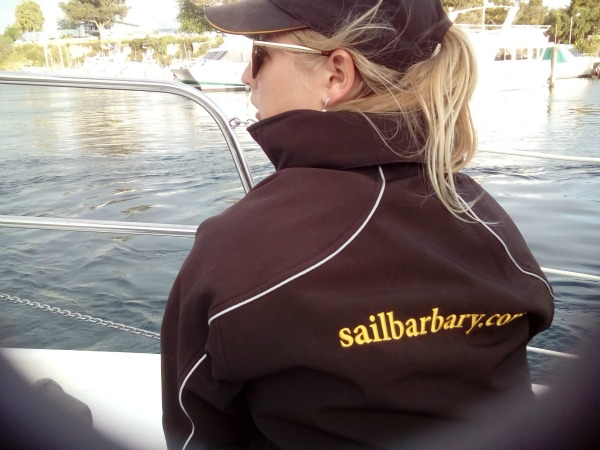 Jon had never sailed before but it has been around 40 years since I had a week living on a yacht on Lake Windermere and it reminded me how great it is.  There is something so serene and romantic about sailing – I think it partly comes from my love of the film High Society with Bing Crosby and the beautiful boat True Love.

We have fallen in love with Taupo and it’s magnificent lake and this is only day one.  Keep following the blog for the next installment from the happy jwalkers. 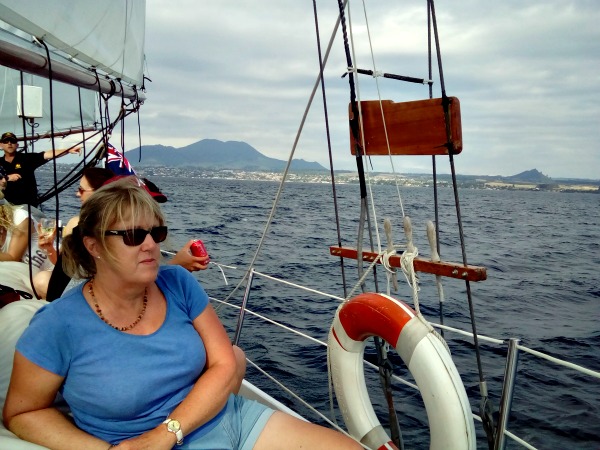 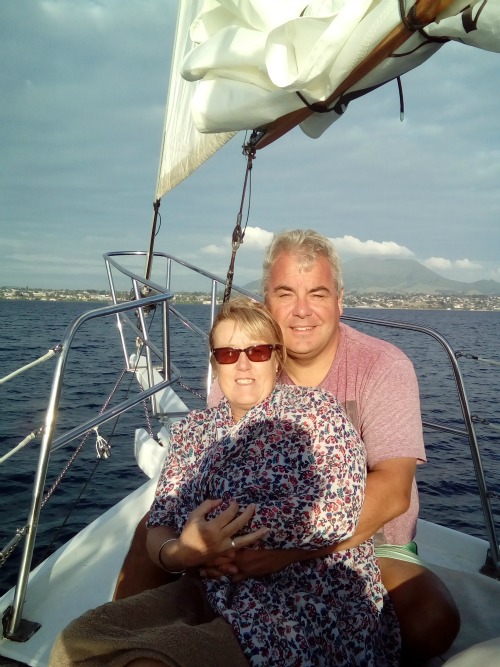 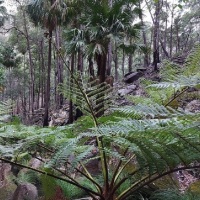 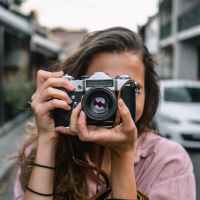 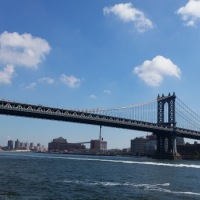 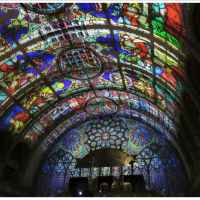 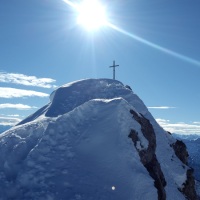 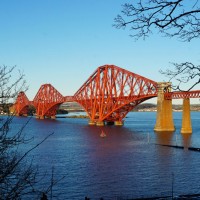 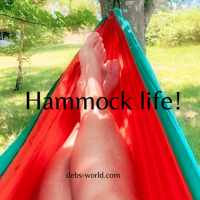 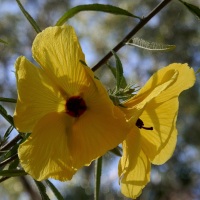