One of the main reasons for our road trip to North Wales was to visit Snowdonia National Park as Jo had never been and our next stay in the town of Caernarfon would be our base to do just that. Caernarfon is on the eastern shore of the Menai Strait opposite the Isle of Anglesey (Over the Swellies to ‘Mam Cymru’).

The Royal Town of Caernarfon

Our Airbnb apartment was right on the northern edge of the town giving us easy access to the routes in and out of Snowdonia. We had deliberately booked an apartment for a few days so that we could cook a few meals for ourselves and just relax in the evenings as we knew we’d be doing a fair bit of walking and driving each day. So Patricia’s cosy little basement flat was absolutely perfect.

What did surprise us, and I guess we should have known better, was that everyone in Caernarfon speaks Welsh. In fact it has the highest number of Welsh speakers anywhere in the world. Hearing Welsh being spoken everywhere made it feel a little strange as we knew we were still in the UK but it’s great that the language is thriving. So difficult to understand a single word though!

We spent a morning exploring Caernarfon, walking along the river front and along the castle walls into the main town square but unfortunately the town doesn’t seem to have looked after itself very well. I won’t say much more apart from that we were pleased we weren’t staying in the centre and that we only spent a morning looking around. 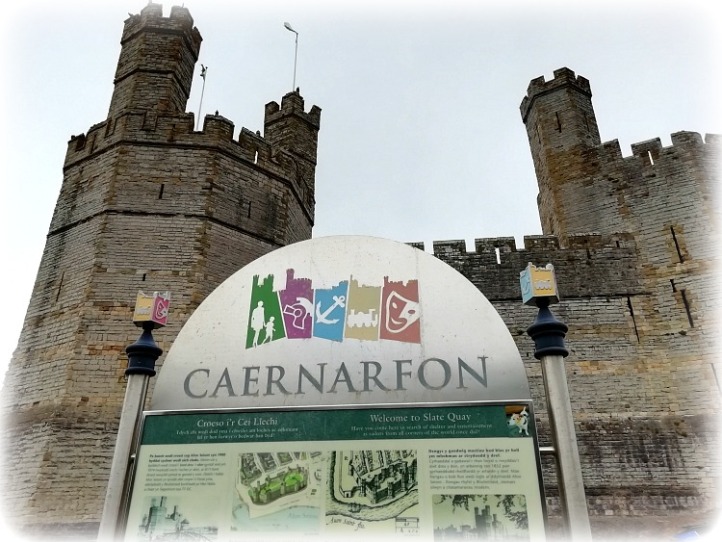 Bit of background on this amazingly beautiful part of the world. The National Park is in North West Wales and gets it’s name from Mount Snowdon which is the UKs highest peak outside Scotland. The mountain isn’t huge by worldwide standards being 3560 feet high. Apparently the Welsh name for the whole area is Eryri which loosely translates as ‘Highlands‘. The park is over 800 square miles in size with more than 1700 miles of footpaths, bridleways and rights of way. So much to see and do.

Although Caernarfon is a busyish built-up town it takes only a couple of minutes before you are on the edge of the national park and heading into the mountains. A fabulous twisty-turny drive through lovely little villages such as Betws Garmon, Salem, Rhyd-Ddu, and the unpronounceable Ffridd Uchaff  takes you right into the heart of the park to the famous village of Beddgelert. This is one of the places that everyone heads to so we were expecting tourists and cheesy shops but that’s not what we got at all.

A small traditional village with a couple of shops and restaurants but views to die for in every direction. A lot of people get here on the Welsh Highland Railway that runs from Caernarfon so we had a walk up there to check out the remote station. Very interesting and quaint.

One of the most famous places to visit in Beddgelert is the grave of Gelert where the village gets it’s name. A short walk from the village and you get to read the legend of Gelert. It goes something like this …….

Llywelyn returns from hunting to find his baby’s missing and his blood-stained dog Gelert sitting by the cot. Overcome with rage he thrusts his sword into the dog killing it. With Gelerts final yelp, Llywelyn hears a baby cry and looks under the cot to see the child beside a dead wolf. Gelert had obviously protected the child against the wolfs attack. Overcome with remorse Llywelyn buries the faithful hound with great ceremony and is never known to smile ever again.

Nant Gwynant and the Watkin Path

Beddgelert sits just to the south of Snowdon and the views you get of the mountain as you gently weave around the stone-wall lined roads are spectacular. We weren’t really bothered about hiking right to the summit of Snowdon as it would have been a full-day trek and also my back still wasn’t 100% so we headed for one of the tracks called the Watkin Path to have a short walk into the foothills. 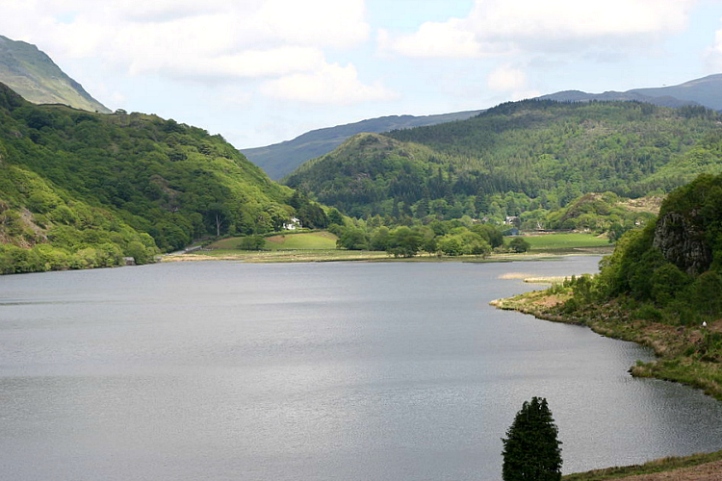 Nant Gwynant is the valley that the path leads up from so we stopped just past Llyn Dinas and headed up the path. Initially winding through woodland after half an hour it opened up into the majestic Snowdonia mountainside and valleys. Even though it was a gloriously sunny day there were very few other walkers so we really felt like we had the place all to ourselves.

As we walked up the valley we circled around the edge of the hill passing through an old gate. Through some prior research I’d discovered that this was where one of my favourite films had been shot. The best of the Carry On films, the incomparable ‘Carry On Up the Kyber‘. An absolute classic. 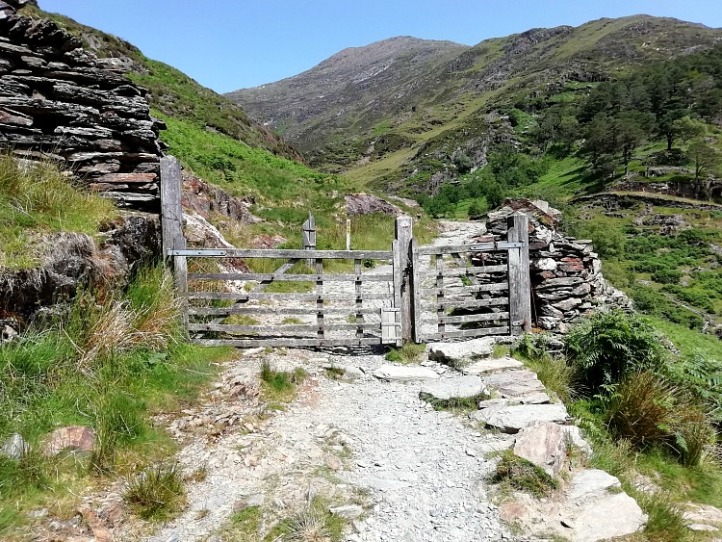 So after a couple of hours hiking up and back down we headed for the car but got a little distracted by Caffi Gwynant, a lovely converted chapel that was now a cool coffee shop. How could we say no to a coffee on the foothills of Snowden? 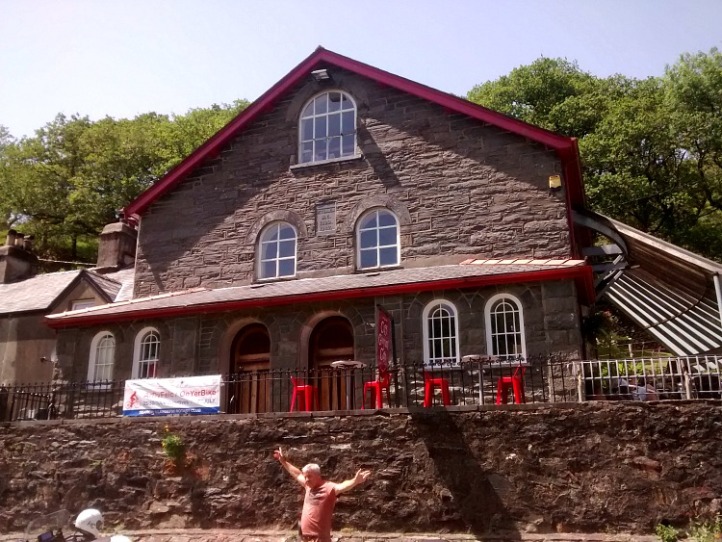 From there it was off for an exciting drive along down the Pen-y-Pas into Llanberis. Once again stunning scenery on all sides and clear views of the whole valley. This would have made a wonderful hike if we had more time and had the right gear, maybe next time? So if Beddgelert was just a quiet little village then Llanberis is anything but that. Very touristy and very busy as it’s where the Snowden Mountain Railway actually starts. Lots of coaches and lots of people but interesting to look around the station and museum.

Just a 20 minute walk from there was the well-advertised National Slate Museum so we headed off for a look around as it was free to enter. Free! You don’t often get that do you? So a quick wander and back as it was such a hot afternoon. So after such a long day we set off back to our Airbnb in Caernarfon and decided that for once we would spoil ourselves and eat out.

Caernarfon Castle and a Night Out

Just a three minute walk to the harbour and the Harbour Table Table restaurant. We hardly ever eat out and with our new ‘healthy eating’ lifestyle we are now more careful than ever with what we eat so it was an extra special treat to just go for it and order what we wanted. Luxury.

So a romantic meal, sort of, then a late evening stroll around Caernarfon harbour alongside the castle walls. What a wonderful end to a wonderful day. 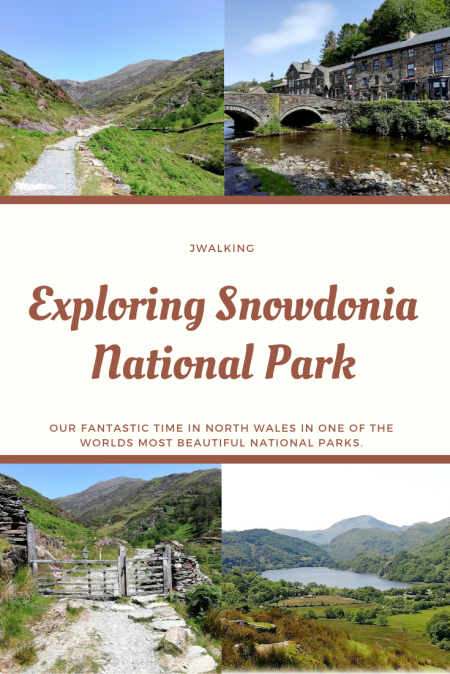 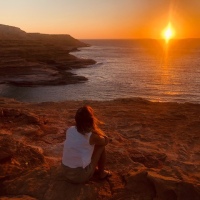 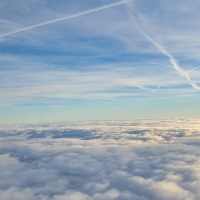