The Witchfinder General of Mistley 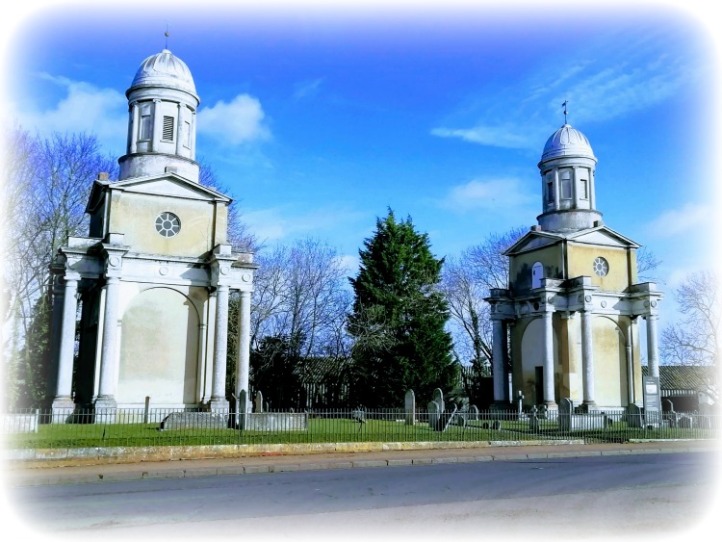 We accidentally came across this great character in a visit to Manningtree and Mistley in Essex.  Sounds like a character from a film doesn’t it? Well in fact a horror film was made based on this story back in 1968 starring who else but Vincent Price. But in true BAFTA fashion I will build the suspense and give you the run down on how we came across this blog gold (for me anyway!)

The trip all started by studying a map of the area. We wanted to have a short drive out from our house-sit location to explore a part of Essex that we hadn’t seen before.  My finger ended up pointing at Manningtree. We had passed through this town several times on the train and always admired the views out of the River Stour as our carriage passed over the estuary. 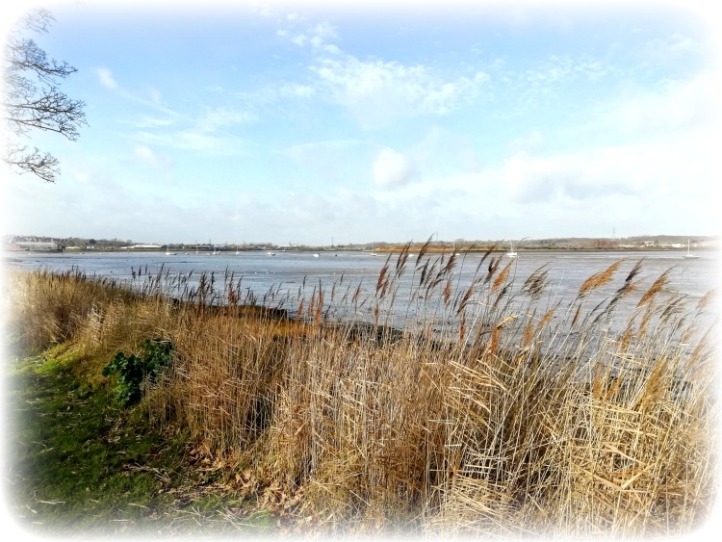 About a 40 minute drive brought us to the town thats name comes from “many trees”. After reading a couple of town noticeboards we discovered that its claims to fame are being the smallest town (by area) in England and that Margaret Thatcher worked here for 2 years as a research chemist after she left university. 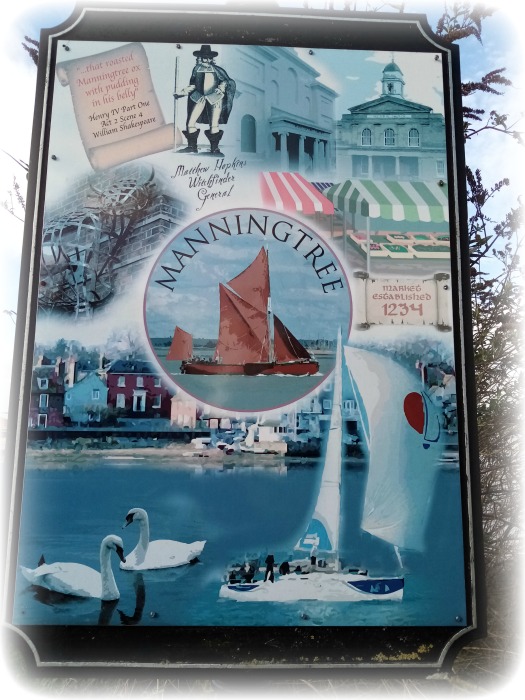 The narrow High Street had a very Georgian feel and in one part is not wide enough for two cars to pass. We walked past two very old traditional pubs, The Crown and the Red Lion. The Red Lion dates back to the time of our shady character, The Witchfinder General. 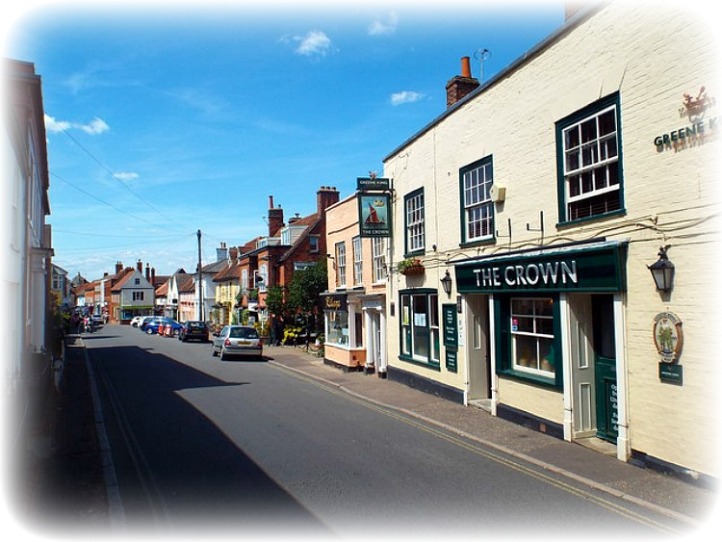 We left the car in Manningtree and walked along the side of the River Stour towards Mistley. The wide road was lined with benches to sit admire the view on warmer days across the river to Suffolk. As we approached we saw the two towers of what was originally part of a large church. The original plan had been to build a spa and make Mistley a short of high class resort but this never got off the ground and the church with an unusual design was built instead. 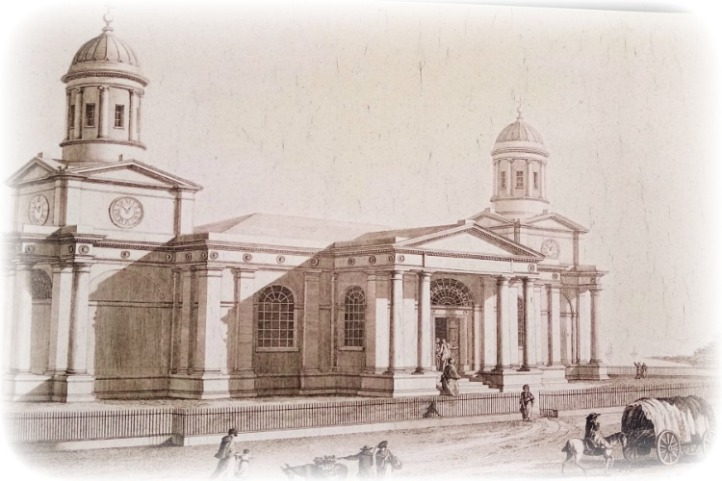 In 1870 the main part of the church between the towers was demolished but the towers remained as a navigation aid. They have been restored and sit amongst a cluster of gravestones. 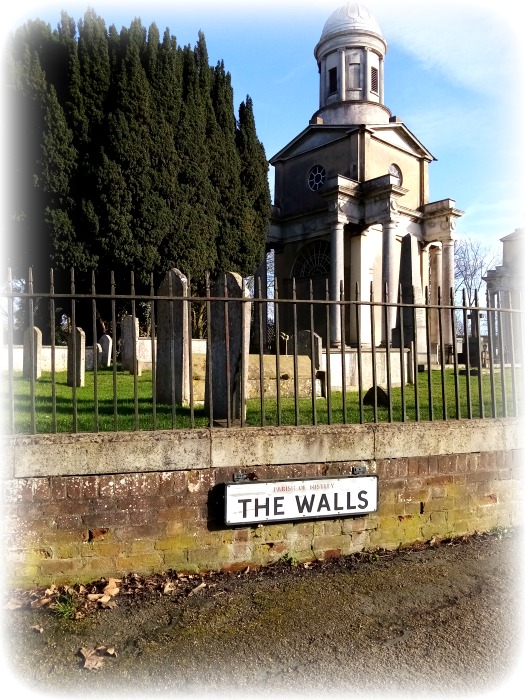 Continuing past the towers we headed towards Mistley Quay. Trading from here has been taking place for 300 years which is surprising when the ports of Harwich and Felixstowe are geographically quite close. Another snippet is that we only read after leaving the town that Mistley is the location of one of the original Cold War control rooms. It used to be open as a museum (the Secret Bunker) but is now closed. Shame it would have been an interesting place to visit.

As we walked towards Mistley Quay we saw the Mistley Quay Workshop and Gallery. Housed in an old, renovated timber wharf or warehouse type building it was a centre for crafts and although sadly these were closed luckily for us The Tea House was open. It was a small restaurant that opens for breakfast, lunch and afternoon tea with views out over the river. A perfect stop off for a couple of coffees and the largest home-made cheese scone I have ever seen. 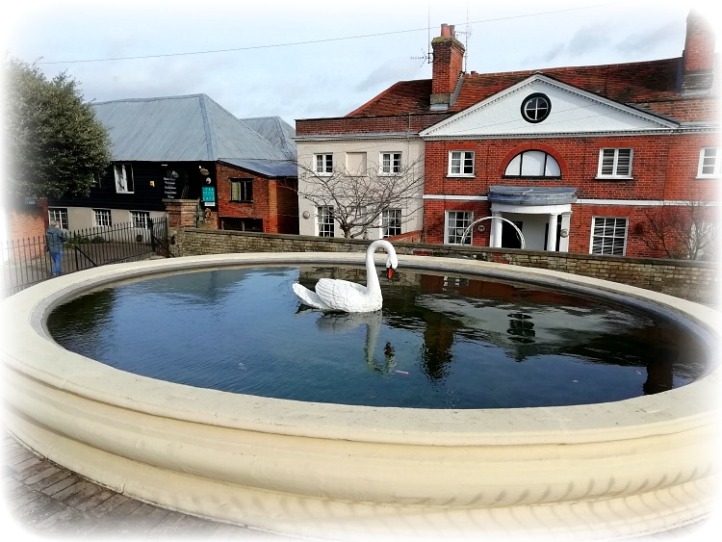 We were on the lookout for The Tea House because I had read about it on the information for our walk but being slightly set back from the road you could easily miss it. Shame because it is a real find with lots of character and friendly staff. 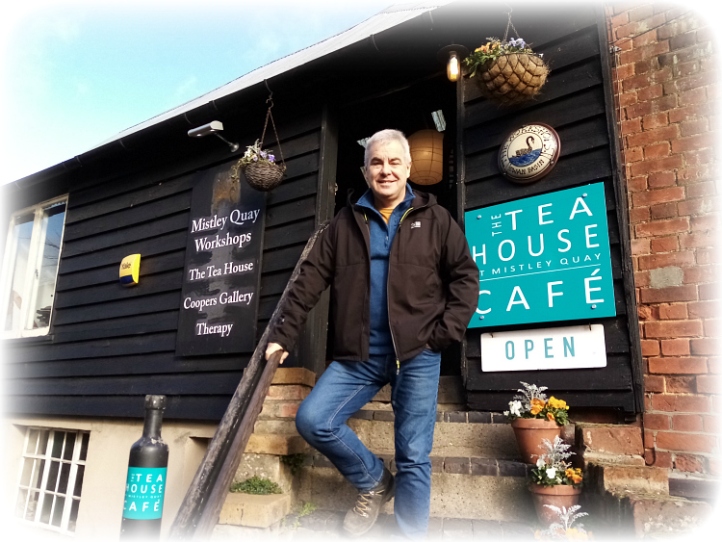 Almost opposite The Tea House is The Mistley Thorn Inn. Built on the site of the original inn owned by the star of this post, The Witchfinder General.  With all the fun of dressing up as a witch for Halloween over the years and even the cartoon witches such as the one from my childhood, Winsome Witch, it is hard to imagine the fear and terror that paralysed this area of Essex during the years 1644-1647 when accusations of witchcraft were rife in the neighbourhood. 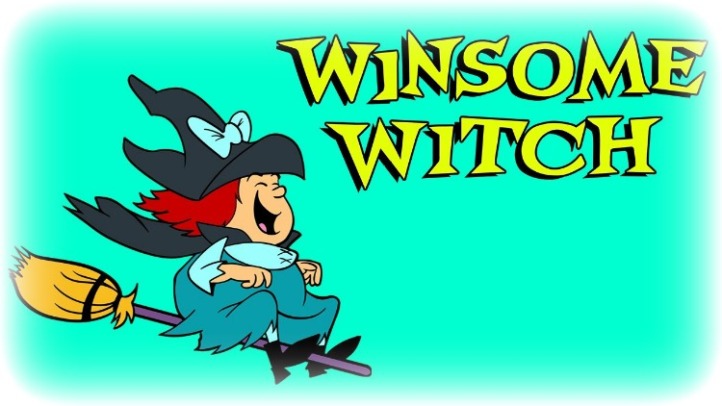 So who was this man? His name was Matthew Hopkins. Born in Suffolk around 1620 he moved to Mistley during his mid-20s and bought the original Mistley Thorn Inn. Around 1644 he claimed to have overheard local women talking about their meetings with the devil. This was when Hopkins forged himself a lucrative career as a self-appointed witch finder.

The dubious likely criteria for being a sorcerer in Essex for Hopkins was being old, having moles, not feeling pain or being able to swim and owning a cat! To test the response to pain, Hopkins engineered a tool which was called a “jabbing needle“. The needle was in fact a three inch long spike which in even the most witchy witch would cause pain but he cleverly made the spike spring loaded so it retracted into the handle.

No needle/spike = no pain = guilty! A WITCH!

The suspect was then kept awake and watched which supposedly stopped them using their powers. During these sleep deprived days confessions were usually given through sheer exhaustion and also names of other possible “witches” revealed or made up just to end the ordeal. The other common bizarre method of assessing guilt was a “swimming test“. Suspects were tied to a chair and thrown into the water. If they floated or swam they were witches. Of course, if you drowned you were innocent but probably dead!

Unsurprisingly his witchfinding methods kept the hangman busy, if they hadn’t drowned first that is. One record shows 19 women hung in Chelmsford in one day and the total figure of deaths over the two years of his self-styled trials was over 300.

Folklore says that Hopkins himself was charged with stealing a book by sorcery and had to take part in his own swimming test. This would have been a great way to end the story but the truth is somewhat less dramatic. He died of tuberculosis. He was just 27 and was buried in an unmarked grave in the church yard of St Mary the Virgin, the site of two towers of Mistley. It is said his ghost haunts the nearby pond and a ghost of one of his victims is resident in The Red Lion in Manningtree. If they don’t host murder mystery parties they should!

The Walls and The Hopping Bridge

We retraced our steps back along The Walls to Manningtree passing over what is known as The Hopping Bridge, probably a reference to Hopkins himself. On this spot the he carried out the notorious swimming tests. It is a fairly unobtrusive place with just a few geese and swans strolling around the mud flats. Was that old swan with a skin blemish a reincarnation come back to haunt the Hopping Bridge? No hang on, they can swim so that equals innocent and not likely to be the devil incarnate.  Phew! 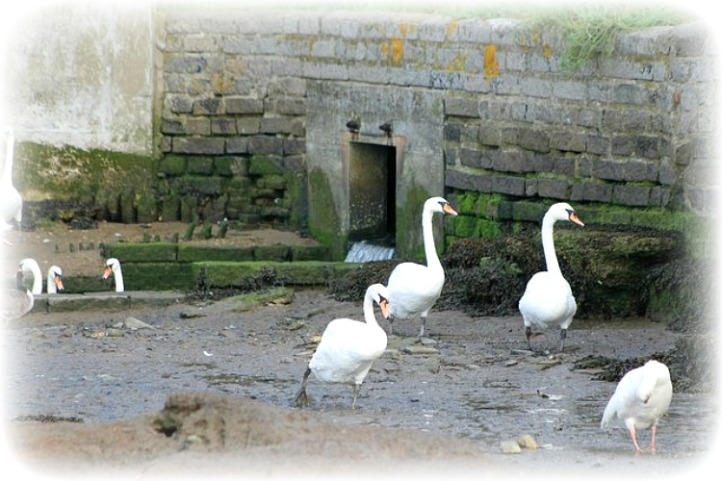 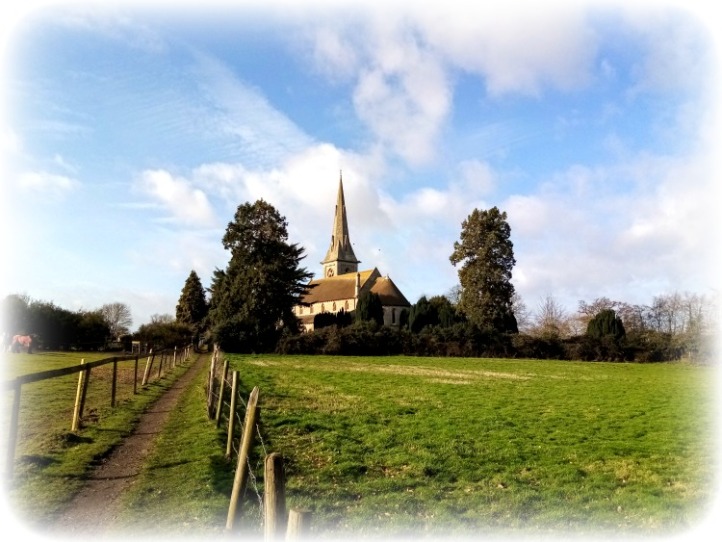 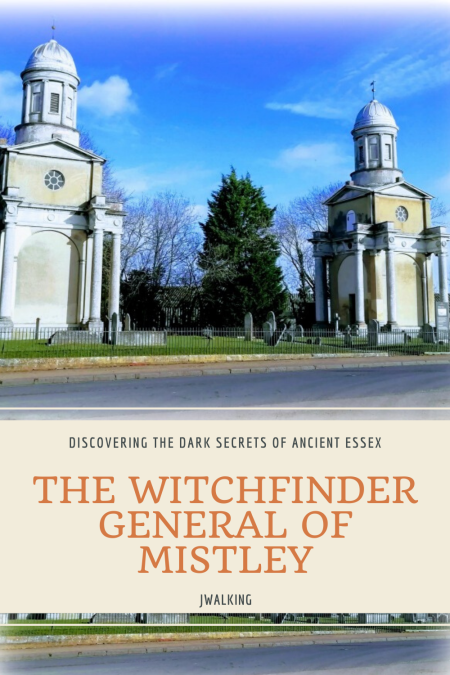 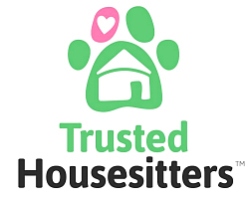