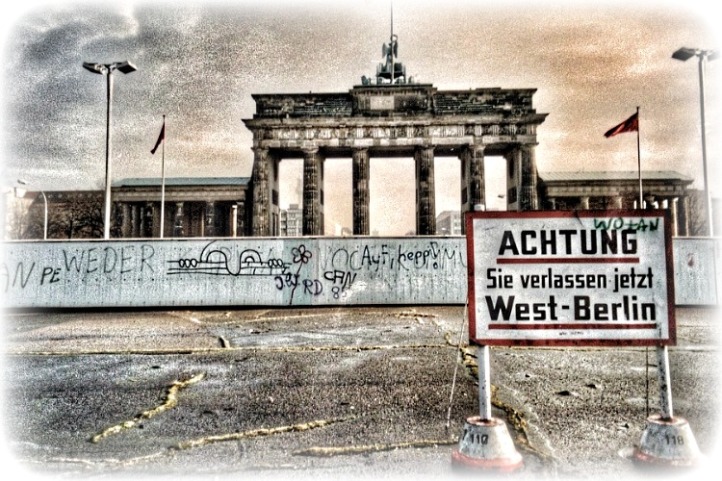 If you follow our blog you will know that we absolutely love going on classic train journeys. We have been lucky enough to experience incredible train trips all over the world but none of them match up historically or emotionally to one we took a few years ago in Cold War divided Germany.

Background to the Cold War and Germany

To set the scene I’ll need to explain the historical situation in Germany in the mid 1980s. The Cold War between the Soviet Union and the Western Allies had split Germany in half with a border running north to south all the way from the Baltic to Czechoslovakia. Two countries were formed due to this border, West Germany (allied to France, UK, and other western nations) and East Germany (controlled by the Soviet Union). The historical capital of Germany, Berlin, was right in the middle of East Germany. 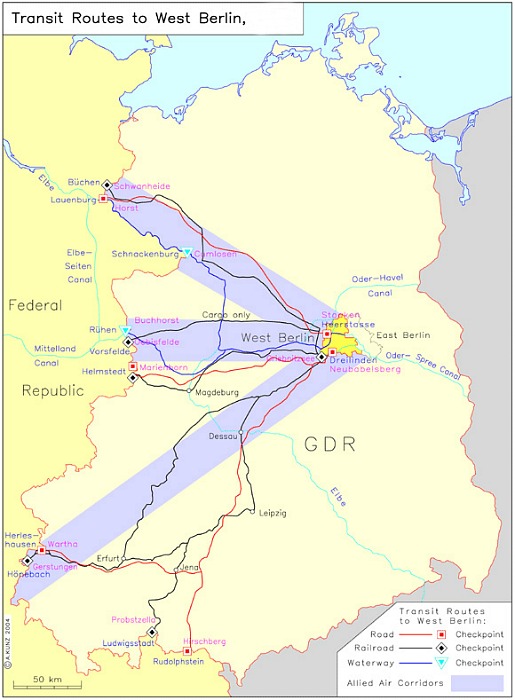 At the end of the Second World War Berlin had been divided into 4 zones, under the control of the four victorious allied nations (France, UK, Soviet Union, and USA) and by 1960 the three western zones had amalgamated into one. So Berlin was split in half with West Berlin effectively being an island in the middle of the Soviet controlled East Germany.

As part of the post-war occupation an agreement was made to guarantee transit links from West Germany into West Berlin. Several road and rail links (as shown in the above map) were set up.

Did you know? The term ‘Cold War’ was first used in relation to the post-WWII political climate by English author George Orwell in his essay ‘You and the Atomic Bomb‘ published in October 1945.

The British Forces had an agreement to run a single train each day in each direction across occupied East Germany. This was the train that we decided we would like to take!

At the time I was in the Royal Air Force at RAF Laarbruch near Dusseldorf so a four hour car journey via Duisburg, Dortmund, Bielefield, and Hannover took us to the town of Helmstedt right on the East/West border. This was where we would pick up the military train bound for West Berlin.

The train was called ‘The Berliner‘ and between 1945 and 1990 it ran through Soviet occupied East Germany into West Berlin. The journey from Helmstedt station, where all the doors were locked and armed guards occupied the train, took approximately 4 hours covering 145 miles. It ran every single day of the year with no exceptions.

As we joined the train at Helmstedt we had our papers checked by military staff, double-checked in fact, before boarding. Within minutes the train left as we found our pre-booked seats before it then stopped right on the actual border. This was before the times of automatically locking doors so every door was then locked from the outside by armed Soviet staff and a succession of photos taken from the outside of as many passengers as possible before we headed off. Quite intimidating. We had been briefed before leaving not to look at the camera-yielding Soviets or to communicate in any way at all.

Immediately we noticed the difference between the lush fairly prosperous West and the Communist-run East. Buildings were more run-down, rail-side signs in bad states of repair, and most obviously the cars at level crossings seemed to be from another age. Twenty and thirty year old Trabants lined the streets in terrible condition and driven by what looked like poorly-dressed, poorly-fed locals but these were the rich families, wealthy enough to own and run a car.

Part of our ticket included dinner in the dining car and as we took our seats to be waited on by the Army waiting staff we felt extremely conscious of the huge difference between the ‘westerners’ on the train eating steak and drinking wine, and the ‘easterners’ outside looking in living in poverty. Not a comfortable experience at all although some of our fellow diners didn’t seem at all bothered. 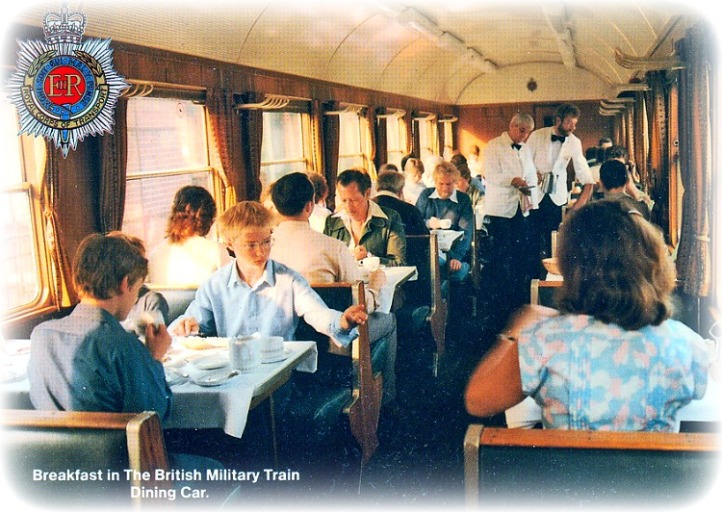 Back in our standard seats we found the whole journey absolutely fascinating as the train passed through Magdeburg, Brandenburg and Potsdam. To see at first hand the obvious differences between how people in the East lived and what their world looked like was both interesting and deeply upsetting.

Obviously being part of the military and having been brought up during the Cold War we knew the history and background of the whole Germany situation but it wasn’t until we were racing through the countryside actually looking out on their country that we started to appreciate the real sacrifices and hardships that were being encountered. 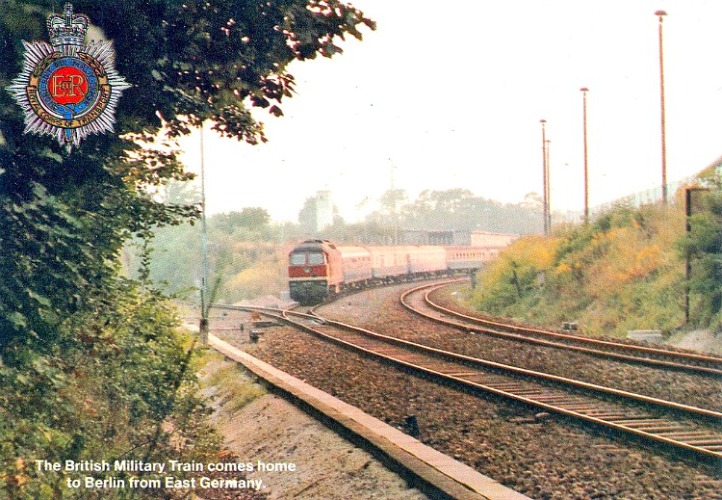 All too soon we were approaching the border with West Berlin where the train again stopped with the doors being unlocked and various military personnel disembarking and boarding. More document-checks and more photos through the windows before we headed the short distance into Charlottenburg station in West Berlin. Everyone has heard of the famous Checkpoint Charlie but the ‘Berliner‘ checkpoint was equally as important.

Disembarking into a standard western-style station just made the whole East Germany trip seem even more surreal. It almost felt like we’d imagined the whole thing as the world returned to what we were used to and although we knew we’d be on the return trip a week later it proved very difficult to relate to anything we had seen.

What an experience though. Within a few short years of our visit the Berlin Wall was ripped down and the borders removed as East and West Germany became one in the early 1990s returning Berlin to it’s historical state as the capital of the whole country. The military corridors disappeared into history and the ‘Berliner‘ train was mothballed being no longer necessary. On our return to Berlin years later the whole experience seemed like even more of a dream.

We wouldn’t have missed it for the world and will never forget the experience of travelling through a completely different world in a totally sealed train. Not sure this will ever happen again anywhere. A real moment in history.