The Incredible Story of Thorpeness 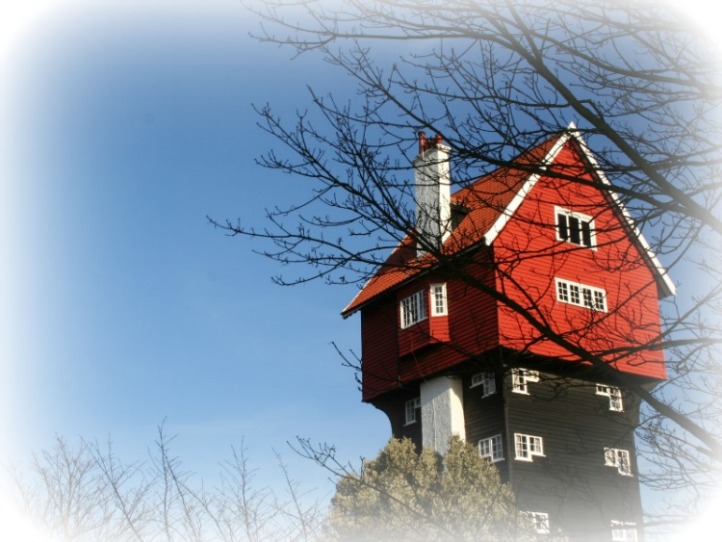 We’re still here in lovely Aldeburgh looking after the equally lovely Ed. We’ve told you quite a lot about the town, its history and our housesitting life here but this is the story of a little village just up the coast called Thorpeness. We had never heard of it, not sure if you have, and had no idea if it was well known or not but it is a place like no other. So apologies for the history lesson.

Let me take you back to the 19th century to the tiny fishing hamlet of Thorpe on the Suffolk coast. With only a handful of houses surviving the relentless pounding of the North Sea it wasn’t known beyond the parish of Aldringham at all. In 1858 a Scottish engineer called Alexander Ogilvie decided that he wanted a holiday home on the coast and purchased Sizewell House, 2 miles north of Thorpe. After some serious investment and major extension it was renamed Sizewell Hall and along with the 6000 acres of land also purchased became the family holiday estate for Ogilvie and his wife Margaret. With me so far?

In 1908 the estate was handed down to their son Glencairn on Margarets death. Now the fabulously named Glencairn was an architect, a barrister and even a playwright and in the winter of 1910 made a momentous decision. The whole area had been severely flooded reducing the village of Thorpe to no more than a huge muddy puddle when Ogilvie declared that he wanted to keep the land but build a holiday village on it. Not just any old holiday resort but a fantasy village for the upper middle classes and all of his well-to-do friends and family.

This had never been done before but within 18 months a new Country Club , an 18 hole golf course, tennis courts, and visitor accommodation had been completed. They also renamed the village to distinguish it from all of the other Thorpes around the country and Thorpeness was born. Although the first world war disrupted the work Ogilvie pushed on and more houses were built over the coming years along with the Dolphin Hotel, a post office, stores, almeshouses, and the Workmens Club.

Now one of the main things that the Thorpeness architects desired was a traditional Old-English feel to the village. Buildings were designed as Mock Tudor and Jacobean residences and laid out in spacious heathland plots. The centrepiece of the village was the man-made lake called The Meare. More about that later.

Brochures were produced to advertise this ‘holiday centre’ and one of the advertising phrases of the day perfectly sums up what Thorpeness was all about.

It will attract those who have no desire for promenades and cinemas ………… those who can appreciate a beautiful little hamlet situated between sea and lake.

Through the 1920s and 30s the village continued to grow and business boomed. It was however more than just a money-making venture for Glencairn Ogilvie. He had dreamt of a society with room to enjoy nature and live healthily that championed traditional family values.

The Home of Peter Pan

The Meare was dug out and designed as a lake to be enjoyed by all visitors, especially children. Islands and moorings were themed around the story of Peter Pan as it’s author J.M.Barrie was a regular visitor and good friend of Ogilvie. The Pirates Lair, Wendys House, Crocodile Island, and Peter Pans house remain to this day. They started a Regatta on the Meare in 1912 which is still held.

Unfortunately Ogilvie died in 1932 before the village was completely finished but his family continued to develop and run it until 1970 when the estate was broken up. The village remains a conservation area though so retains it unique character.

House in the Clouds

One of the most famous locations in Thorpeness is undoubtedly the House in the Clouds just to the west of the Meare. The architects needed a water tower to serve the increasing population but Ogilvie wanted something a little different. So they designed it to look like a fairy-tale cottage on top of the tower. It’s no longer a water tower of course, it’s now holiday accommodation. Looks amazing inside but also seems to have pretty a pretty amazing price. House in the Clouds.

That’ll do for the history lesson, sorry if it’s been a bit dry but what can you do? Thorpeness is one of only two custom-built holiday villages in the UK. The other is Portmerion in Wales which was the setting for that classic TV series ‘The Prisoner’.

It’s a fascinating place with a unique feel to it. So relaxed and laid-back and just a little bit weird. Lovely coffee shop on the Meare that we’ve visited a couple of times so far and a beautiful walk along the beach from Aldeburgh. Couldn’t leave you without one more photo of our dog Ed the German Pointer lazing in the Suffolk sunshine. 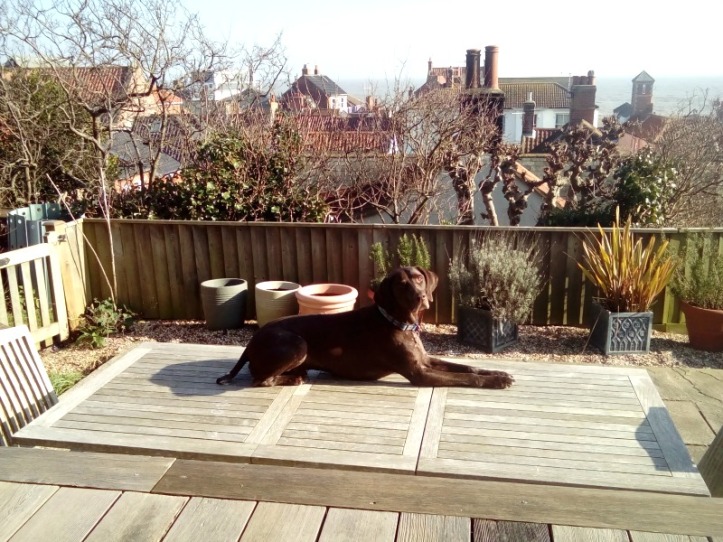 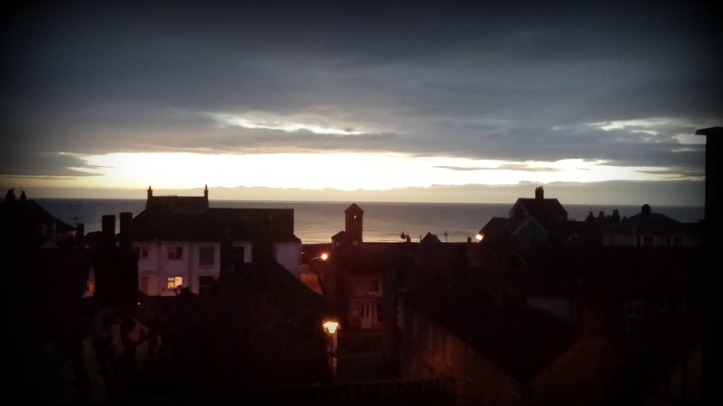