The End of our Incredible Scottish Adventure 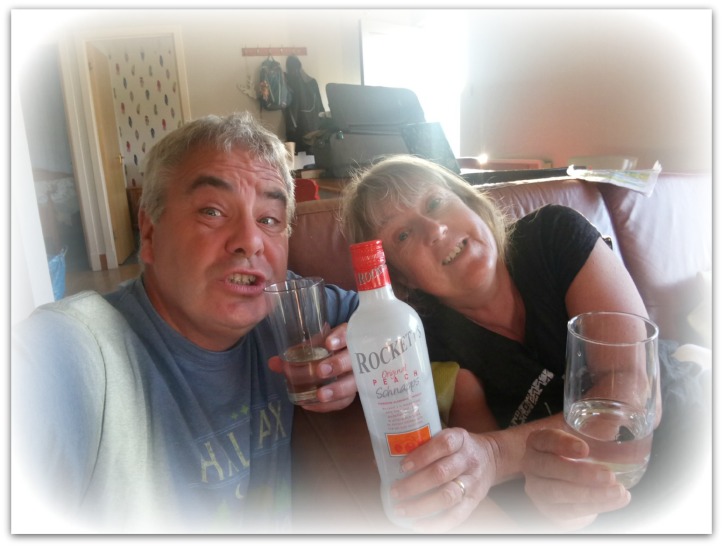 This is our second time in Scotland on a Helpx working stay and I have to say we may have enjoyed it even more than the first. Perhaps it’s been the incredible weather or maybe we feel more at home but it really has been a wrench to leave.

It has been our longest stay in a single place for over three years since we began this JWalking adventure. We have spent eleven weeks living and working in Pitlochry and Aberfeldy and it’s starting to feel a bit like home to us both.

Meeting Tina and Norman, our Helpx hosts, again has been wonderful and they have once again made us almost feel like part of the family. Lovely too to see Peter and Joan, Tina’s parents, and enjoy their company on so many occasions during our stay. We got to know Annie next door a lot more than last year and also met Donald the Plumber a few times. I’m not really sure what the reputation of the Scots is, as far as friendliness goes, but we have once again been blown away by every single person we’ve met. No-one could have been more welcoming or friendlier.

Oh and I almost forgot all of the dogs. When you first arrive it can seem a bit chaotic but we soon got used to Milly and Tala the labradors, Whisky and Coco the terriers, and Beauly the alsation. Noisy sometimes and excitable at others the dogs all have real personalities and are really part of the family. Add to them Angus and Skye the enormous mountain dogs next door and it soon becomes clear that if you’re not dog lovers then you won’t fit in.

When we arrived we met Brooke and Michael, a young Kiwi couple who had been working here for a month. Over the coming weeks we all became firm friends and we were so sad to see them leave in early June when they went off to continue their European travelling adventure. Keen and hard-working we spent many hours painting, cleaning, and gardening with them and got like a house of fire. We’ve kept in touch on an almost daily basis and fingers crossed will get to meet up again someday. Really hope that happens.

When they left another couple of Kiwis arrived. Scott and Callum. Not exactly the same type of people and not exactly the same kind of work ethic. They made it fairly clear that we were old and boring and they made it their aim to do as little work as was possible. Without ranting too much, we have never met a lazier more useless couple of guys. Known to us as ‘Topknot and Grizzly‘ their attitudes and complete lack of responsibility for anything caused us so much more work. Eventually they gave Tina 12 hours notice and sneaked off early one morning leaving a bombsite behind them and even more work for us all to do. Don’t think we’ll be keeping in touch with them.

The day before we left I picked up a new Helpxer called Andy who was also from New Zealand. He seemed a decent guy and will hopefully repair some of the bad feeling left behind by Topknot and Grizzly.

Reverse Shepherding in the Night

I had arranged to pick up Andy from Pitlochry station and set out for the 10 minute drive around 9.30pm. As I casually negotiated the twists and turns of the dark one-lane road I suddenly noticed a long line of shining eyes dead ahead. Breaking sharply I stopped face to face with the 25 sheep that had broken out of the farmers field some 3 miles down the road. They looked to be on the way into town via the very busy dual carriageway just 200 yards ahead of us.

Very slowly I edged the car up on the grass to the right of the road and crept alongside the staring sheep. they hardly moved as I managed to get right past them and back into the road. My rear view mirror just showed 50 eyes watching my every move. As I sat in the car in the dark for a moment or two I realised that I couldn’t let the sheep gang wander up to the major road as that could be disastrous. So I decided to try a bit of sheep herding. Reversing very slowly I edged towards them until they started to turn and walk the other way. I didn’t want to scare them but wanted to get them as far as I could so went a bit faster encouraging them to a brisk walk.

Occasionally a couple would start to wander off the road into the dark woods on either side so I had to veer left and right beeping the horn to encourage them back to the centre of the road. Reverse Night Shepherding isn’t easy but I managed to go over a mile before forcing them down the drive into a field near our house. Result!

Foot down and off to the station to pick up Andy but on the way back those pesky critters had ventured back up the road so I had a little more shepherding to go but this time forwards which was so much easier. Once safely driven across our little meadow it was time for bed and I retired feeling a bit proud of myself for potentially saving a few lives (maybe). Another skill for the CV though, Reverse Night Shepherding. Don’t see that often.

Our last couple of nights were spent sleeping in the Yurt before we found ourselves at Pitlochry station waiting for the 9.30 to Edinburgh. Seventy seven days we had been here and it seemed strange to be going. Much harder work and longer days this year than last so we will need to think carefully about whether we return and for how long but we love the area so much that it will be difficult to say no. The slower laid-back life up there seems to suit us so well that we are forever saying to each other ‘I could live here‘.

We’ll see about that but for now it’s ‘Farewell Scotland, it’s been fabulous once again‘. 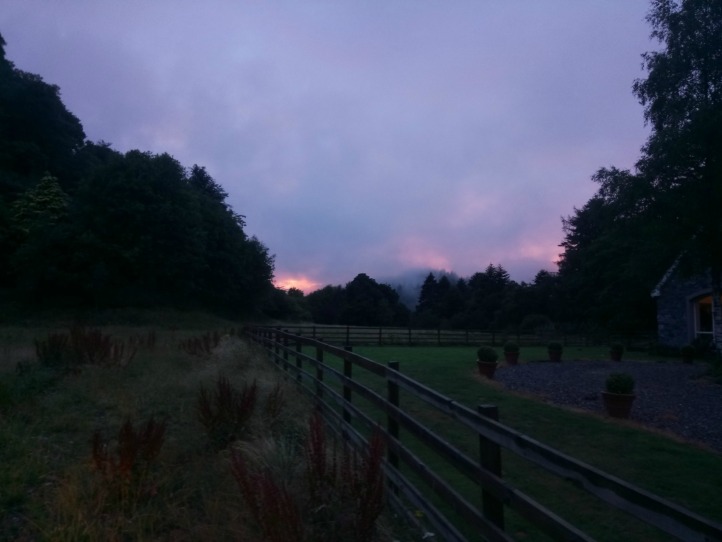