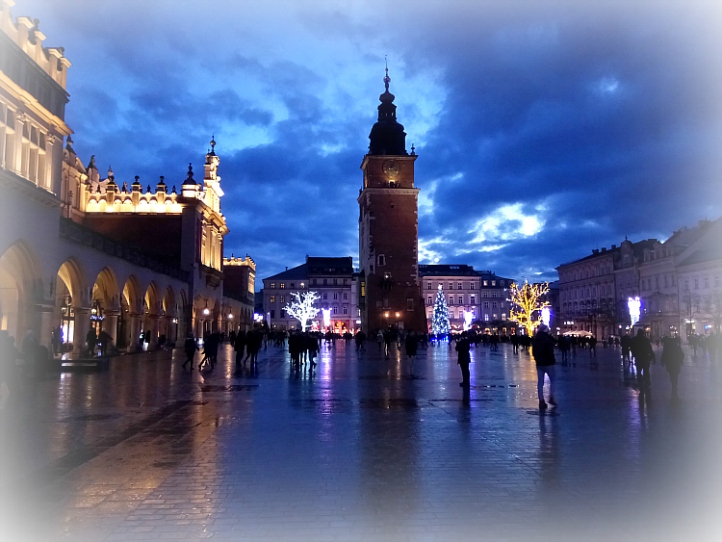 Krakow has been somewhere we’ve wanted to visit for years so we were delighted to be able to book a few days away in Polands second city to explore and experience the famous Christmas market. We had heard so much about Krakow from friends and fellow travellers that we just couldn’t wait to discover it ourselves.

Somerset to Poland via London and Maidstone

Not a journey we’ve ever done before and probably not one that features highly on anyone else’s list but one we’d planned months earlier to take place over a busy couple of days in early December. Once again we were sad to leave our comfortable housesit and even sadder to leave the lovable Jura who we’d been looking after (Discovering Knole and the Pagan Legends of Glastonbury and Outings from a Somerset Hamlet).

A couple of days with our youngest son Ryan and his lovely girlfriend Ella in Surrey before heading down to Maidstone, Kent to catch up with friends Martyn and Angie, Wendy, the Pink Ladies, Mayo and Ben. What a sociable couple we are! It’s wonderful to meet up and spend time with old friends whenever we can but we wish it was more often as we miss these guys a lot.

After a night at the Gatwick Airport Travelodge, very reasonable and as we always say ‘the most comfortable beds in the world’, it was an early start for our two hour EasyJet flight to Poland. Easy is the right description too as the whole journey was seamless and without drama. I’m not sure there is a better low-cost airline anywhere but I may be a little biased as Ryan is one of their cabin managers. Even so they have become our ‘go-to’ airline these days.

That’s ‘Good morning Krakow‘ to the uninitiated amongst you. After a bumpy early morning flight we were in and out of Krakow John Paul II International Airport quickly and on our way to the city via a local bus. Disembarking at the central station we found the tourist information office to get a few directions to our booked apartment, it didn’t seem far but the map wasn’t too clear. The smiley helpful Karina directed us across the busy road, over a bridge, down a dodgy backstreet, down another dodgier backstreet, along a horrifically busy main road, through an underpass, into a busier main thoroughfare, eventually finding our apartment building. Miss Tourist Info may have seemed helpful but as I messed around with the keypad at the front door Jo turned around and saw the central station right across the road! One hundred metres away. Right there! Thanks for the walk Karina. 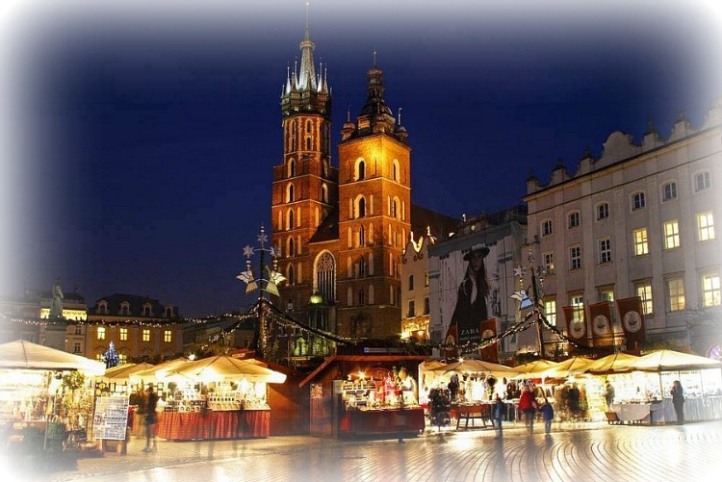 Very strangely our apartment was in a block of offices and once on the first floor we passed solicitors, medical suppliers, and even a driving test centre to get to our door. It was a basic no-frills place but with bedroom, kitchenette, settee, and a private bathroom it had everything we needed. It was the location that had sold it to us though as it was a cool fifty metres from the edge of the Old Town. Couldn’t be easier.

Is it Krakow? Or Cracow? Or even Cracovia?

So many different names for the same place! I asked a lady in another tourist information about it and her reply was ‘the Italians are the only ones who call it Cracovia, oh and maybe the Spanish‘ so who knows? The official name is the Royal Capital City of Krakow with the locals known as Krakovians which sounded pretty cool to us. Sounded like the country that Viktor Navorski was from in the film The Terminal. Anyway, the city is over 1000 years old and is the ancient Royal capital. In that time has been occupied by Russia, Lithuania, Austria, and Germany. In fact Poland was only reformed in 1918 after the First World War when the 2nd Polish Republic came into existence.

Every year the biggest square in Europe, Rynek Glowny, is magically transformed into the Krakow Christmas Market which runs from late November until December 26th. Rows and rows of traditional wooden stalls line the east side of the square alongside the Sukkennice (Cloth Hall) selling all manner of food, drink, and Christmas gifts. With the square being only a ten minute walk we dropped our bags and headed straight out. 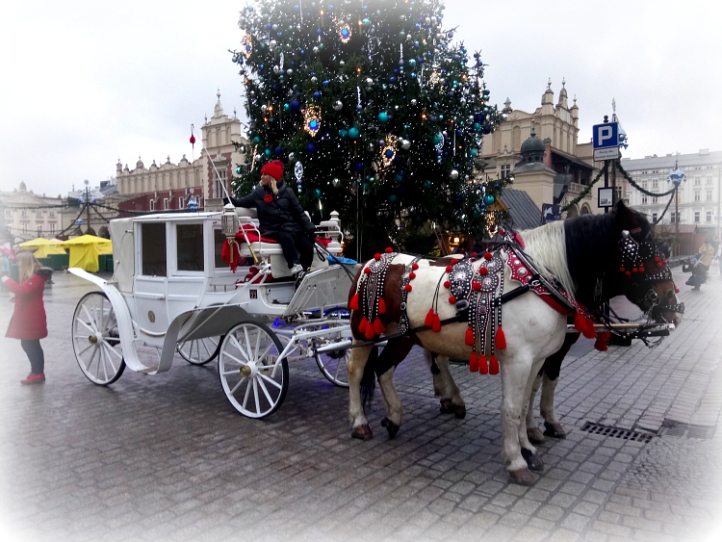 As the sun set and the lights came on the central square morphed into a winter wonderland. Absolutely magical. We mingled with visitors from every nation and marvelled at the beautiful wooden gifts and high quality clothing being sold for unbelievably reasonable prices. Oh and we just couldn’t resist the mulled wine on offer at the quaint wooden cask stalls. And it wasn’t just one cup either …………… 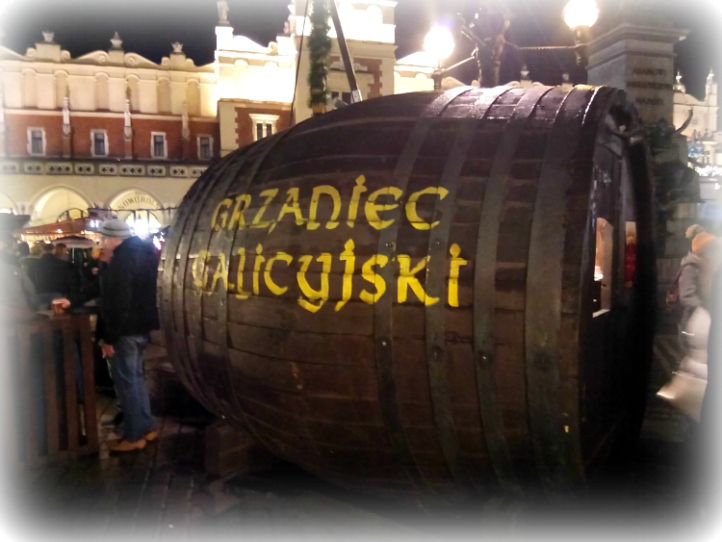 Christmas songs being performed on the stage by a local choir added to the magic. As we stood listening to the music, light snow began to fall and the scene was complete. Could this get much better? Once we’d treated ourselves to a tasty bratwurst and some very odd, chewy cheese it became perfect.

Christmas trees all around the square and festive lights linking the wooden stalls just couldn’t have been better. White carriages being pulled by pairs of fabulously decorated horses trundled around the square adding to the magic. 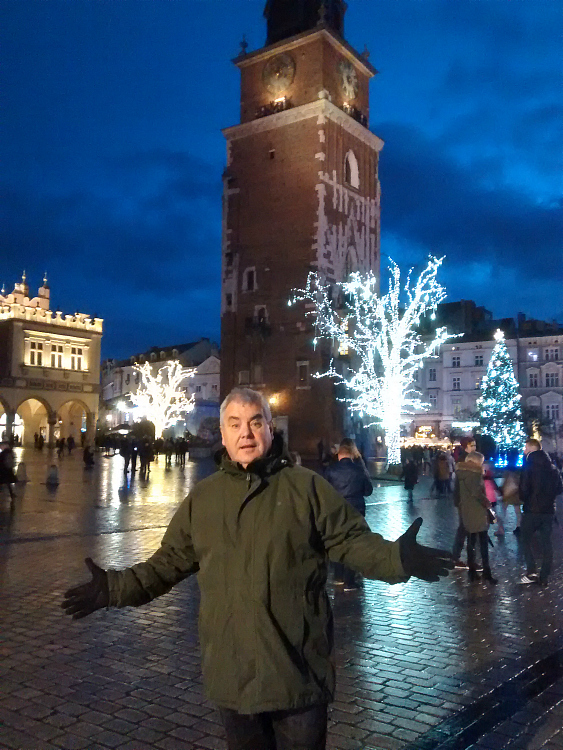 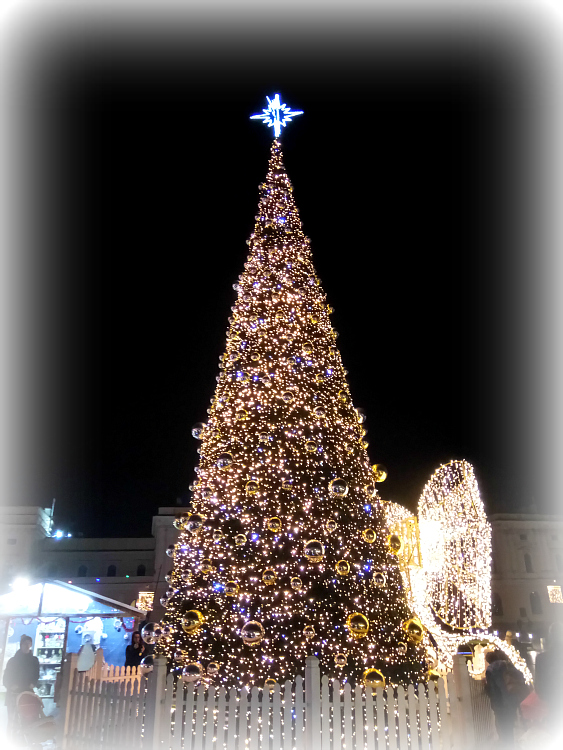 We could have stayed all night.

Walking Tour of the Old Town and Jewish Quarter

Our second day dawned with clear skies and low temperatures so we decided to get out there and walk the town. Wrapped up against the cold we crossed Rynek Glowny heading south down Grodzka and Stradomska towards the famous Jewish quarter of the city. This is the area that many of the Krakow Jews lived in prior to being moved across the river to the ghetto during the Nazi occupation in the Second World War and from where so many were transported out to Auschwitz concentration camp. There are countless trips for visitors out to Auschwitz that we considered but we decided against it as we have previously visited another camp and felt it wasn’t really a tourist experience. It’s closer to a trip in order to show respect to those who lost their lives. So we picked up a couple of the walking routes and twisted and turned down alleyways and winding streets past numerous synagogues marvelling at the architecture and history at every corner.

The city is built on the Vistula River so we walked along the north bank from the Marszalka bridge up to the impressive, dominating Wawel Castle. We considered paying to see the castle but it felt like a warmer type of experience so if we return in warmer weather that’s on the to-do-list.

Obviously after a long history-covered walk we were thirsty so what else could we do but grab another mulled wine! For refreshment purposes only of course. Now those of you that follow our blog will know that we don’t tend to eat out very often but because it was so cold, and because it was cheap, and just because we wanted to spoil ourselves, we decided to sit down in one of the lovely heated restaurant tents. We felt very decadent tucking into a couple of tasty pizzas and sinking a few beers. Luxury. 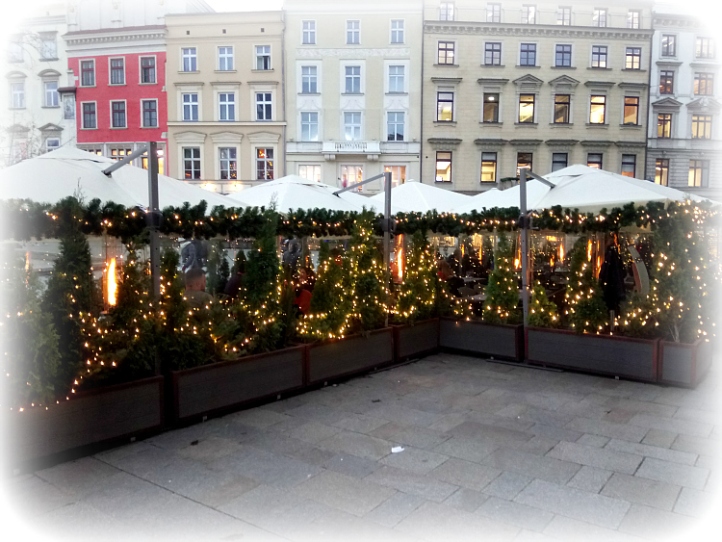 Back to the apartment for a bit of a lazy session before setting out again after dark for Christmas Market over-indulgence. So far so good and absolutely loving our visit to Krakow as our second day ended in a mulled wine and sausage haze. 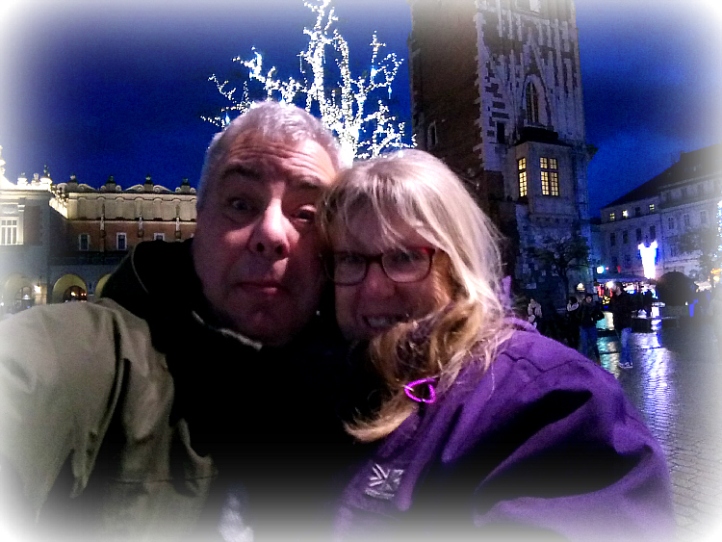 Next: Going Underground in Krakow 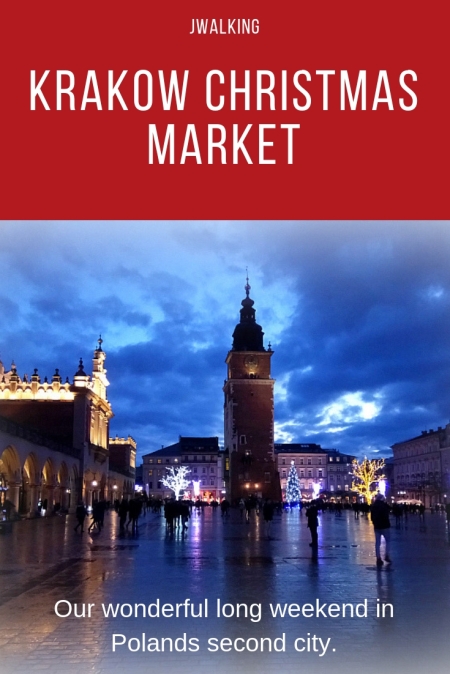 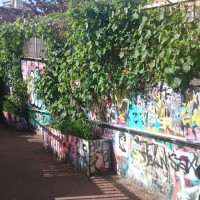 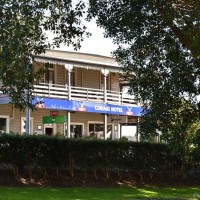 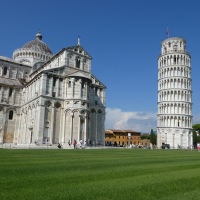 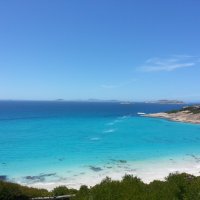 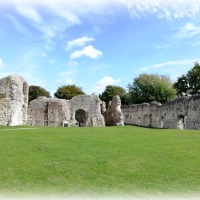 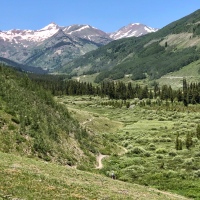 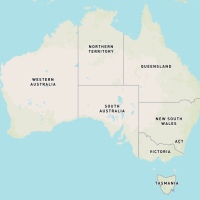