The Kelpies and the Falkirk Wheel 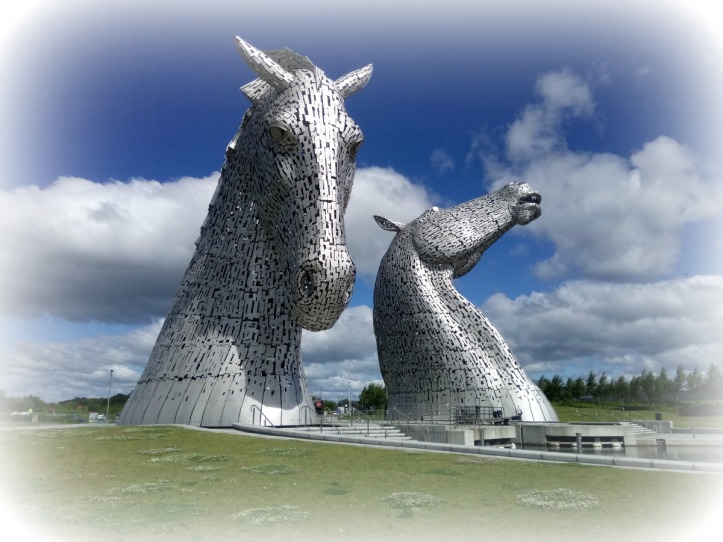 Scotland has so many fabulous roads twisting and turning their way through jaw-dropping scenery that it’s often difficult to decide which route to take. Our host Tina recommended that we take the Perthshire Tourist Route down through Amulree, Crieff and Muthill on our way to Falkirk. Rolling hills and trickling streams bordered the road all the way and we hardly saw another vehicle.

This was somewhere that we had never even heard of until Tina mentioned it. Bit of research and we decided to make a day of it. The Kelpies are 30 metre high horse head sculptures in Helix Park in Falkirk. Built by sculptor Andy Scott in 2013 at the gateway to the Forth and Clyde canal they apparently attract a million visitors a year.

We turned up with the sun shining and lovely blue skies to see the two horses towering above us. They’re incredibly impressive and look very grand from every angle but you get a slight sense of ‘what are these actually for’ as you walk around. That may be because we’re not very arty I suppose. Art is just that isn’t it? It’s art.

The Kelpies are to the east of Falkirk so it was just a short 10 minute drive to the west of the town to get to the famous Falkirk Wheel. This is an unbelievable piece of engineering that connects the Union Canal with the Forth and Clyde Canal and actually lifts boats 80 feet from one canal to the other. It’s the only rotating boat lift in the world. 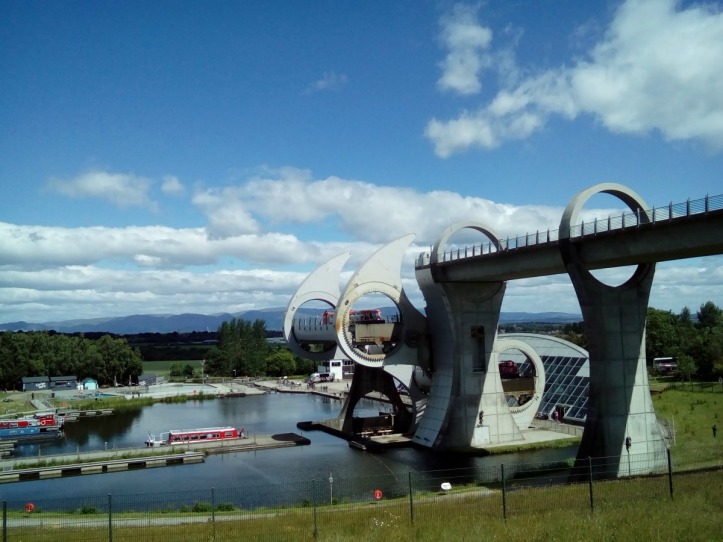 According to one of the numerous plaques that Jo insisted on reading, the whole lift is powered by the equivalent of boiling 8 kettles of water. They carry 500 tonnes of water and boats and the whole process depends on balance, water displacement and those eight kettles! We just sat almost underneath one of the arms watching the barges load on and off and marvelling at how it all worked.

A sly and sneaky bacon sandwich and a coffee in the visitors centre completed our visit in style before we headed back north towards the historic town of Stirling.

Gateway to the Highlands

The city of Stirling is known as the Gateway to the Highlands as it sits right between the lowlands and highlands and on the Forth River. The whole city appears to be gathered at the feet of Stirling Castle that sits proudly at the top of the steep Castle Hill (well named) and dominates the city. We weren’t sure whether we would go in the castle but decided to hike up the hill to have a look.

Very steep is an understatement and by the time we were at the castle gates we were shattered. Even worse was to come when we found it cost £15 each to get in. I think you would need to have a few hours to get your moneys worth so we declined and just had a brief look from the outside. 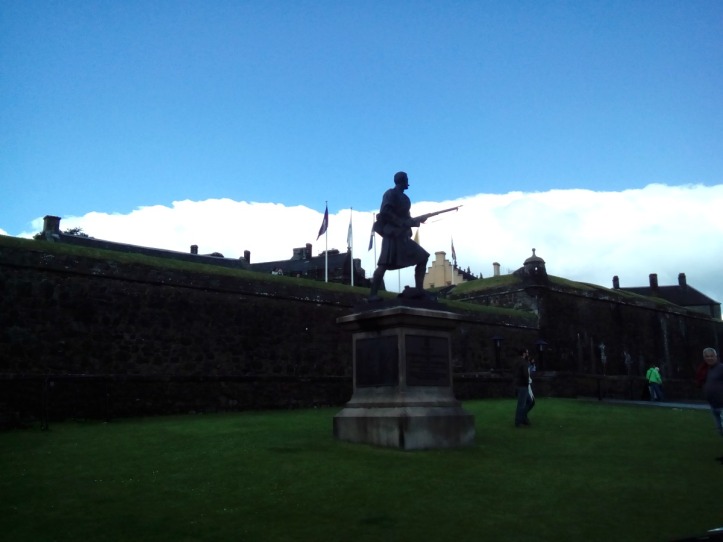 Walking down the hill into Stirling wasn’t nearly half as bad as walking up unsurprisingly as we tried to get a flavour of this historic old city. We were struck by the number of bars and restaurants but then realised that this is a university town so the nightlife is bound to be good. Quite busy though and maybe not quite as picturesque as we had imagined.

Just to the north of the city is the National Wallace Monument dedicated not to Mel Gibson but to the real William Wallace. It’s a 19th century tower on the top of Abbey Craig that overlooks the city and claims to be on the spot that Wallace watched the English army arrive before he defeated them at the Battle of Stirling Bridge in 1297.

Another steep climb up to the tower but much nicer that the city and the views down to Stirling from the top were fabulous. 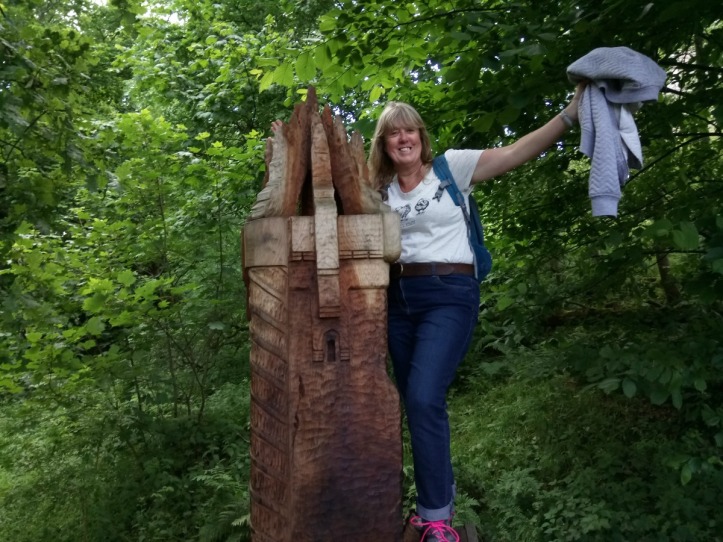 My favourite story however is about something that we didn’t see and that actually isn’t even there. In 1996 sculptor Tom Church carved a piece that he called ‘Freedom‘. It was based on the film Braveheart starring Mel Gibson and depicted him in the classic Hollywood William Wallace pose. The statue was placed at the Wallace Memorial in 1997 but immediately became ‘the most loathed piece of public art in Scotland’ and was regularly vandalised. They built a cage around it for protection but the vandalism and hatred only intensified until it was removed and returned to Mr Church in 2008. He failed to sell the item and even offered it to Donald Trump for his equally unpopular golf resort on the east coast with no success. Apparently it currently sits at the bottom of Mr Churchs garden.

Another Cracking Day Off

A quicker drive home to Pitlochry via Perth completed our mini tour. Being able to use the little VW here is such a benefit as we can make the most of our days off and get to see places like those mentioned here. We are indebted to Tina and Norman for making this possible as it really is something that they don’t have to do. Here’s to more days off exploring this amazingly beautiful country in the few weeks that we have left.