Is it Old Sarum, New Sarum or Salisbury? 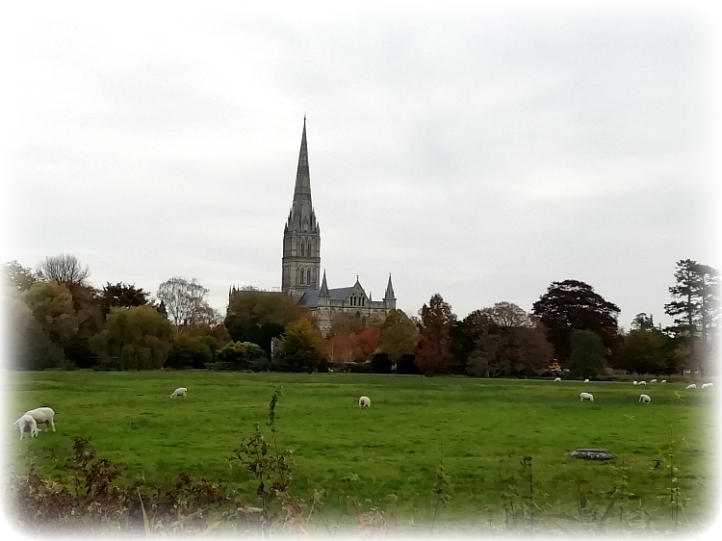 What seems like a lifetime ago, Salisbury figured quite prominently in our lives so we felt it was time to visit again on our way to another Wiltshire housesit.  Just a short drive from the infamous Stonehenge (National Trust) which draws thousands of visitors from across the globe a visit to Salisbury is well worth the extra few miles. Jon was in effect “posted” there doing software upgrades for the large health insurance company PPP. I say posted but he was no longer in the services it just felt like a posting or maybe secondment would be a better word.

Back in 2003, every week for almost a year he headed off from our home town of Maidstone on a Monday morning and worked for three days before returning. He hated being away from our children and he was not a happy bunny but it payed the bills. It was before the days of budget accommodation being so readily available and the company arranged for him to stay in The Red Lion Hotel, a very traditional hotel in central Salisbury.  The time flew by for me because I was all over the place working, ferrying our sons to all their evening activities and there seemed so many clubs when you were the only taxi driver but Wednesday was the best day of the week.

Years ago I read a weighty historical fiction book by Edward Rutherford called Sarum so I knew quite a little about the originals of the city. Old Sarum was the first settlement which was about 2 miles north of what is now Salisbury. This site belongs to English Heritage and gives great views across the Wiltshire Plains. Disagreements between military and religious leaders resulted in the decision to build a new cathedral in 1221 and the settlement around it grew and received a City Charter in 1227. The amazing fact I discovered is that Salisbury’s official name was New Sarum right up until 2009. Part of me wishes they had kept it.

As always we wanted to JWalk our way around this beautiful city and it is condensed enough to do this. Here are a few of the highlights:

Lunch at The Bishop’s Mill – In the need of a decent lunch, we stumbled across this pub/restaurant in the Greene King chain. The mill was an amazing building which has been transformed inside into a comfortable bar and restaurant with the addition of a mezzanine floor right up in the roof of the building. Once owned by the Bishop of Old Sarum it was a great lunch stop and set us up in the right frame of mind to continue exploring. 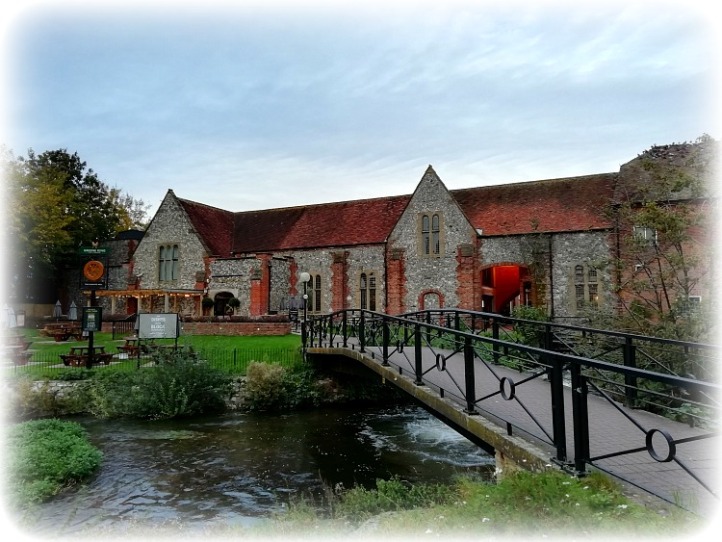 Cathedral Close – Next stop was Cathedral close which borders the green open spaces in front of the Cathedral. The Close, it’s buildings and open spaces span over 80 acres and it is wall to wall historic houses. The National Trust property Mompesson House is probably the most visited and was used as a location for the film Sense and Sensibility starring Emma Thompson, Kate Winslet, Hugh Grant and Alan Rickman. A classic! 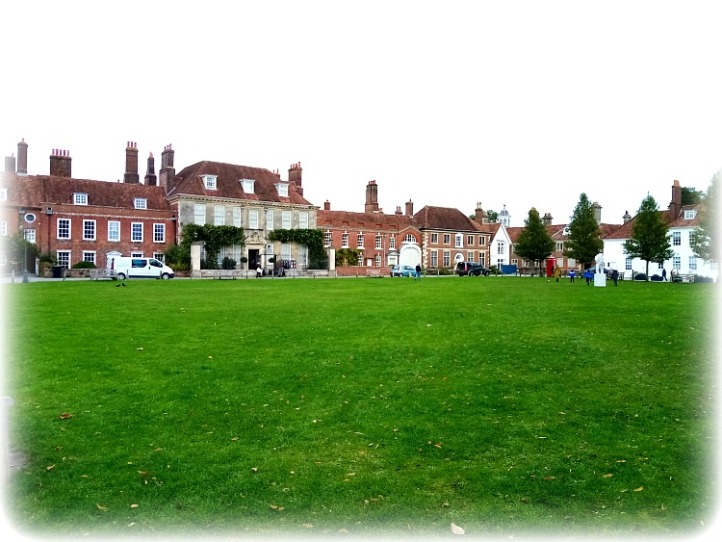 As we strolled around the atmospheric close, with the back drop of the Cathedral looking above us, we passed Arundells which is where the politician and former Prime Minister Edward Heath lived for the last 20 years of his life. It is now run by a charitable organisation set up by him so that the house, garden and artwork can be enjoyed by future generations. 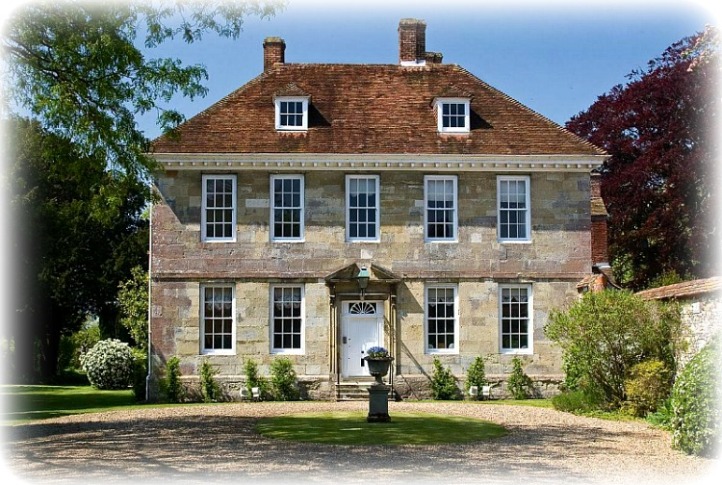 The Rifles (Berkshire & Wiltshire) Museum – This museum is housed in what is know as the Wardrobe. This is because of its roots as a medieval hall used as a storehouse for the Bishop of Salisbury. Conversion to a house took place around 1600 and is now a splendid Grade 2 building telling the story of the Berkshire and Wiltshire County regiments. There is a quiet riverside garden and, even better, a licensed tearoom. 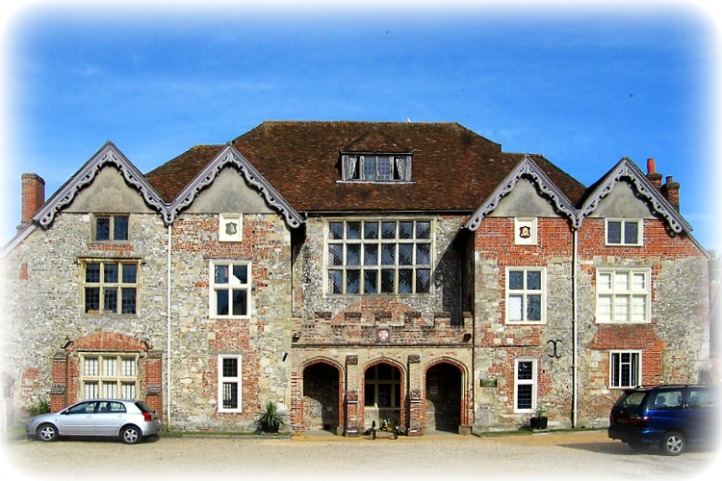 Salisbury Museum – In a Grade I listed building called The King’s House, are rooms full of archaeological, ceramic and costume collections but the main draw is the gallery containing watercolours by Turner. Time was passing and we hadn’t even made it to the Cathedral so we passed on the temptation to enter. Once I get in a museum Jonno has to drag me out!

Way beyond impressive. Apart from the wow factor that most cathedral’s have from their sheer size, this one has a few biggest and best facts about it. It has the tallest spire in the UK. You can take a Tower Tour inside the hollow spire in you fancy it. It has the largest cloister, has a clock which is amongst the oldest working examples in the world and has the best surviving of the four original Magna Cartas. What’s not to like? 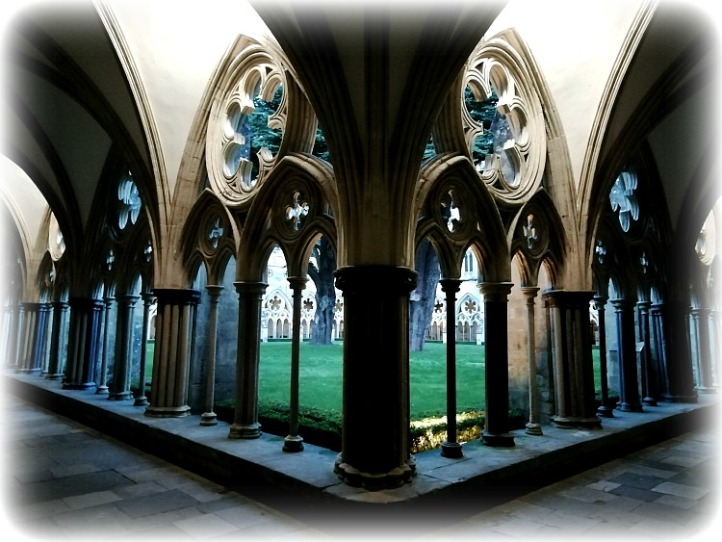 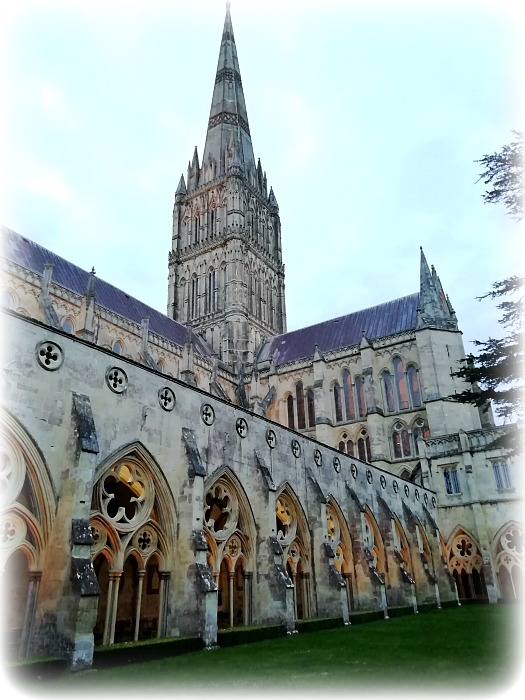 There are so many facts that I could give you about this super size place of worship but I will just let the photos convince you of its grandeur and, whether you are a believer or not, it is well worth a visit. 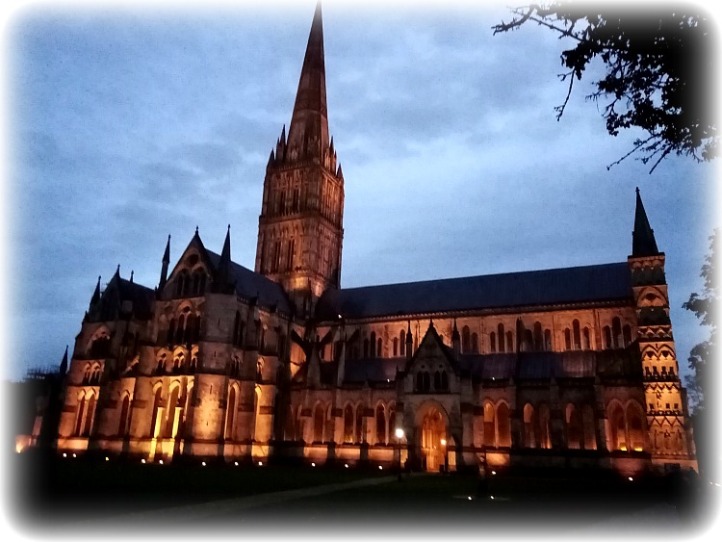 Hopefully you all know what this is. Sounds like an ice-cream maybe but the true translation is great charter which is a legal document issued by the king or queen guarantee certain rights. Magna Carta was issued by King John in 1215 in a failed attempt to prevent a civil war between himself and some darn powerful barons. Several copies were made and sent around the country as evidence of the king’s willingness to uphold the law and run a just and fair government.

Only four copies survive from the original issue and the one at Salisbury is in the best condition. It is kept in the Chapter House of the Cathedral in a curtained room in an atmospherically controlled glass cabinet. The best conditions possible for it’s preservation. Scrolled with a vegetable based ink on parchment, the Latin writing looks minute. There is no signature but just a few marks where King John’s seal would have been. 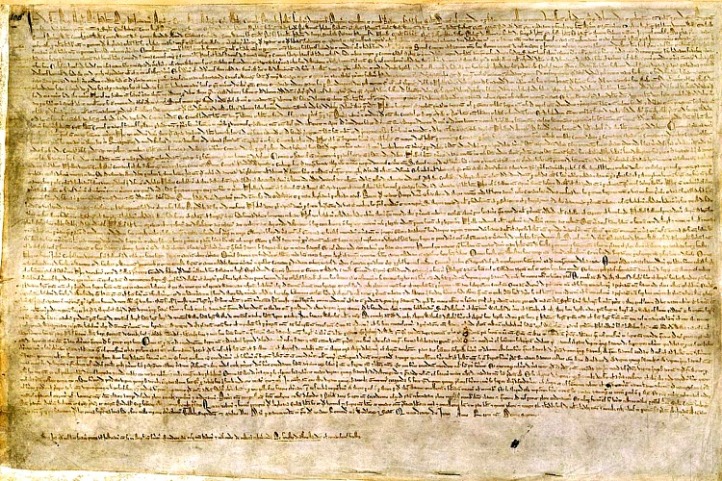 We both found it fascinating but Jonno needed to ask the volunteer guides a few questions. He wanted to know who the last French speaking English king was because the Magna Carta was translated from Latin to French then to English. After a lot of head scratching and a role call of King’s, no conclusive decision was come to. It certainly made their shift that day more interesting though.

To clear our heads of Magna Carta we took a stroll along the Town Path to the Town Mill. The path crosses through the watermeadows that lie between two branches of the River Nadder. They are a man-made irrigation system to encourage the growth of grasses for animal feed. These meadows are still used for grazing and make the Cathedral look like it sits in the middle of a few fields rather than in a City. 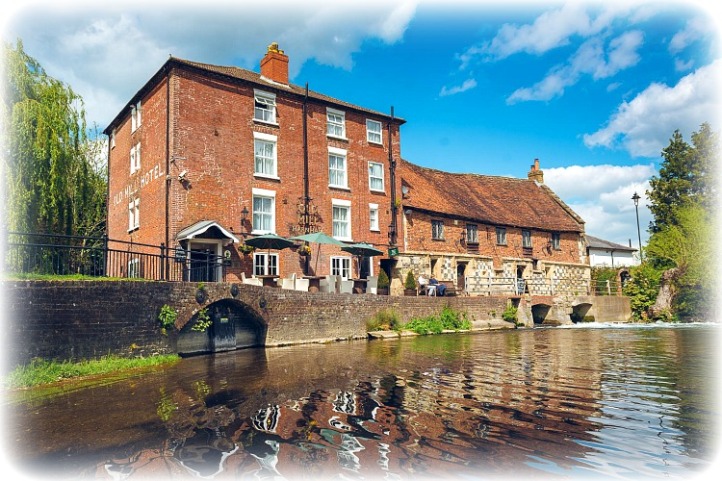 The mill itself dates back to 1250 and is now a restaurant and hotel. It has a picturesque setting but we didn’t venture inside which I think would have been all old beams and open fireplaces.

The Haunch of Venison

I just had to add this place to the end of my post. This building stands out even though the whole city is full of ancient houses. It original houses the craftsmen working on the Cathedral spire (around 1320). Supposedly haunted by wandering ghosts there is one factual gruesome snippet I can pass on. Under the fireplace in a former bread oven is a mummified hand believed to be from a whist player in the 18th century who cheated in a card game. High stakes! 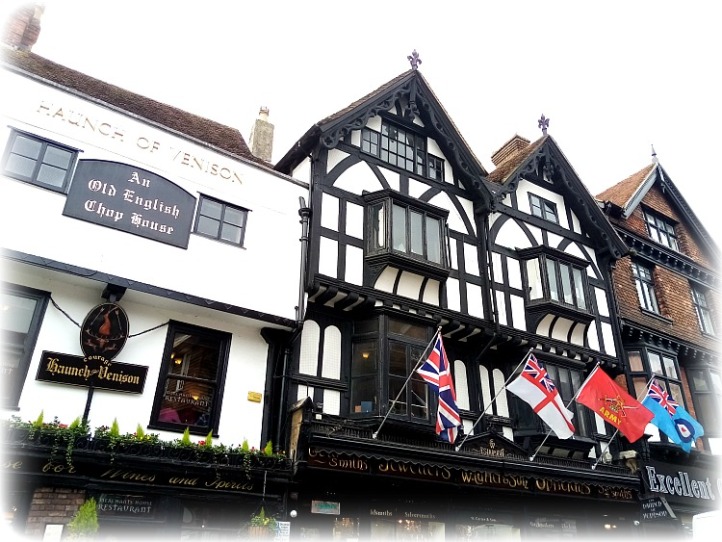 The Horsebox bar at the front of the property is possibly where Winston Churchill and Dwight Eisenhower spent time planning the D-Day landings. Thank goodness they weren’t playing whist.

One last thing to say is about Salisbury is how passionately I feel about it being visited and thought of as a historic gem in England not a place where a tiny bottle of liquid caused havoc and death. Sad and horrendous as it was, this city has so much more to offer than a cheap little joke about watching what you touch in a certain Italian restaurant. 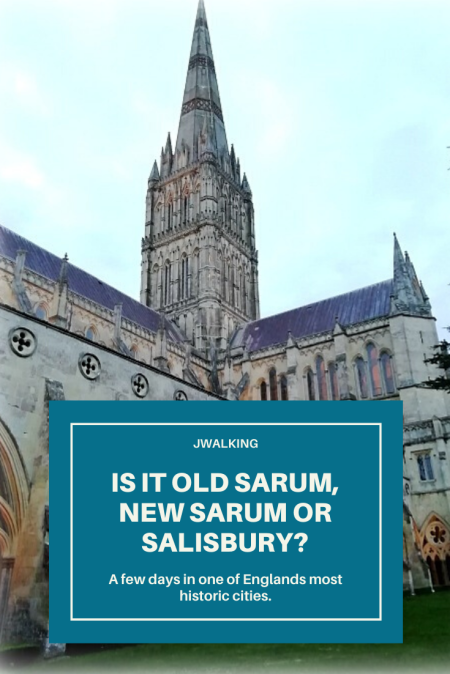 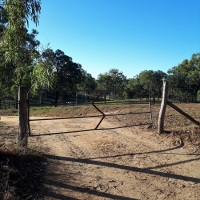 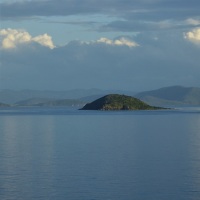 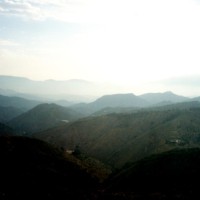 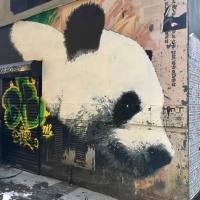 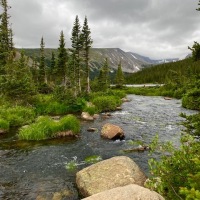 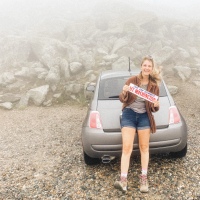 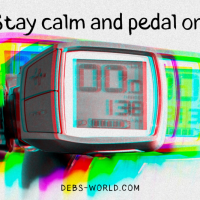