After our dramatic return from Tenerife and the relief to be back in England we started to have a think about what we were going to do next. Our original plan had been to travel around East Sussex and Kent visiting friends and family but obviously we had to cancel every single meet due to the Coronavirus pandemic situation.

With lots of well meaning advice to self-isolate and sit tight for weeks we began searching for somewhere to stay long-term as all of our housesits and pre-arranged backpacking travels had also been cancelled. With everyone being told to ‘Stay at Home‘ and with us not having a home we were struggling. Hotels and BnB’s were an option of course but we couldn’t possibly afford 8, 9 or 10 weeks in one of those.

Then on the day of returning from Tenerife we were surprised to be contacted by a fellow traveller and blog follower, Anne from Cheltenham, who very kindly offered us her Airbnb for 2 weeks at a ridiculously reduced rate. We were so touched by her kindness and provisionally decided to go there as soon as we had completed our movements around the South East of England. We did get a bit of ‘advice’ from family about still getting trains and moving from East Grinstead to Bromley to Maidstone but the bookings were non-refundable and we really needed that time to organise ourselves.

After spending 4 days in lockdown in the Canary Islands where everyone was ultra-careful about social distancing and cleanliness we actually felt that we were more switched-on to the situation that a lot of people back here where the situation was still a week or so behind.

Whilst we were in Bromley Jo spoke to her brother Jon down in Devon and he mentioned that a good friend had an apartment that we could rent for 2 months if we were interested. Were we? Of course. Their incredibly kind offer meant that we graciously let Anne know that we wouldn’t be taking up her thoughtful offer but we would never forget her kindness and hopefully once this is over we may be able to meet up and treat her to a glass of wine or two.

So after five days hiding in different hotel rooms and existing on snacks and cold food from Lidl we decided to cut and run and just get to Devon before the trains were cancelled and we got stuck. Repacking of our backpacks in the storage depot before a six hour, multiple train journey down to Barnstaple on the North Devon coast. Amazingly it was one of the smoothest journeys we have ever taken, empty carriages of course but dead on time.

Jo had booked us three nights at the Travelodge in Barnstaple which would take us up to when we could stay in the apartment, and our two mile uphill hike with full packs from the station was just about possible as we knew the end was in sight.

Not the reception we expected

Finding the entrance wasn’t easy and we had to climb through hedges and over muddy paths but we were ready to drop as we walked in the door and up to reception. Our normal cheery hellos were met with smiles from the two friendly ladies behind the desk and as we prepared to check in they casually and quietly said;

Sorry, we’re actually closing in an hour so your booking has been cancelled!

Shocked? Slightly. No emails or text messages or anything from Travelodge. Plus we’d been travelling for over seven hours and were knackered! Existing residents were being kicked out of the hotel as we waited. 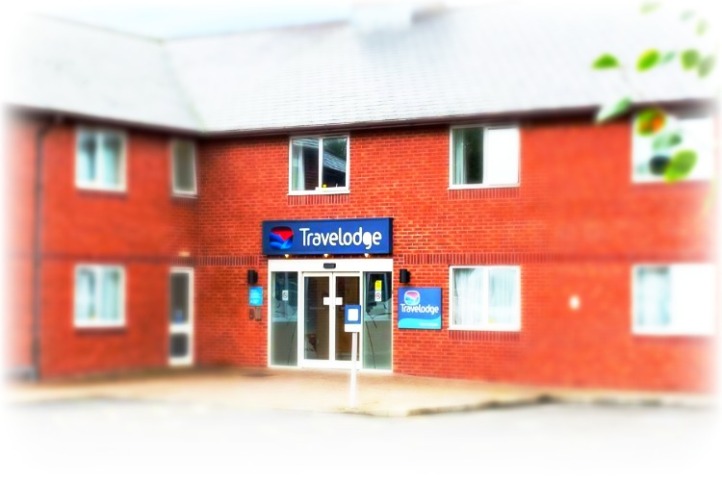 Calling local hotels and Airbnbs was a complete disaster as everywhere was closing or not picking up the phone. Jo managed to add a couple of nights to our booking at The Granary but were completely stuck for anything that evening. As we searched online the Travelodge lady started to get interested in our predicament and threw up a whole host of ‘helpful‘ suggestions.

I think the constant chatter was starting to get to us a little as we packed up and headed off into the fading light with Mrs Travelodge shouting even more useful suggestions in our ears.

As we trudged downhill back towards Barnstaple Station Jo decided to call her brother Jon to see if he knew of anyone who might be able to help. We really didn’t want to call but were completely out of options. By complete chance they were speaking to the friends that we would be staying with the following week, Rose and Jim, and they very kindly offered us a bed for the night in their comfy campervan on their driveway in nearby Braunton. 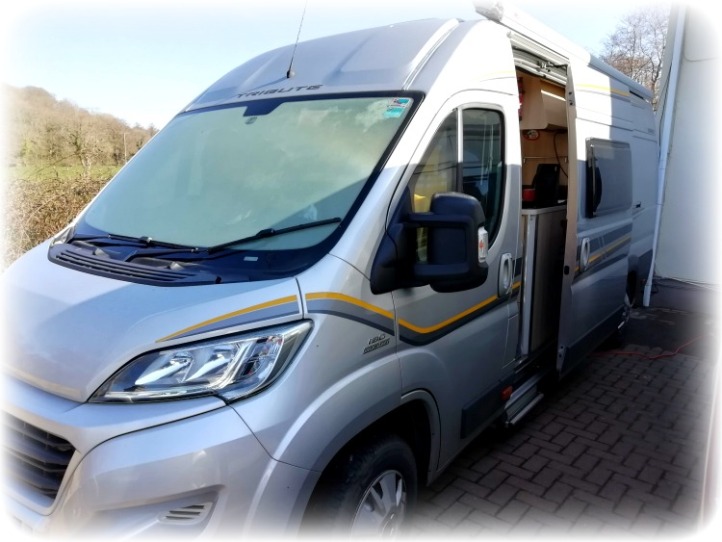 Sitting just outside the house it felt luxurious after the worries we had been feeling just minutes earlier. Warm, cosy, and safe. Just what we needed and we couldn’t thank Rose and Jim enough.

Coffee and snacks, a bit of TV, and then a good nights sleep were exactly what was needed.

Next morning we cleaned the van and said au revoir from a distance before heading off to our next stay. Ironically the place that Jo had found was a short walk up the footpath near Rose and Jim’s house so not far to trek at all.

Our accommodation for the next five nights was an outbuilding on the Buckland Manor estate, an old granary store converted into a self-catering apartment. The owner had been more than helpful allowing us to add extra days to our stay and the reasonably remote location made it a perfect place to rest up.

It’s actually like the Tardis in Dr Who as from the outside it looks tiny but inside it has shower, toilet, kitchen area, table and chairs, settee, tv, and a double bed up on the mezzanine. Everything.

So here we are for a few more nights, safe and sound until we move down to the apartment next week.

Keep safe and healthy everyone, and keep in touch in these traumatic times.