The Silent City of Mdina 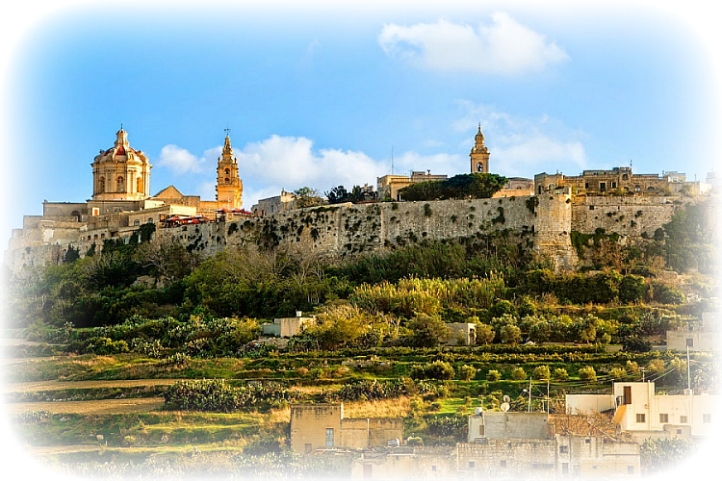 We got our first sights of Mdina and the neighbouring suburb of Rabat when we passed through on the bus taking us from the airport to our hotel a few days earlier. It was already on our places to visit but this sneak preview changed it from pencilled in to inked in.

After a 20 minute bus ride we approached the mighty citadel, once the capital, perched high on rocks in central Malta. It is said to be where the Apostle St Paul lived in a nearby cave after being shipwrecked on the islands. It’s medieval name was “Citta Notabile“, the Noble City where noble families lived, but more recently has been called the Silent City. Whether this name comes from the quiet, car-free streets or because in 1565 the Knights of St John moved the capital from here to what is now Vittoriosa, one of the Three Cities across the Grand Harbour from Valletta, resulting in Mdina becoming literally a ghost town is hard to determine.

Entering through an impressive city gate, we were overwhelmed by historic atmosphere of this ancient walled city. It’s impressive palaces, houses, horse drawn carriages and narrow streets really made it feel like we were stepping back in time. Luckily it was relatively quiet day for tourists and we only encountered a couple of groups with their guides. Around 300 residents, mostly descendants of those once noble families, live within Mdina and there are a few restaurants and souvenir shops.

After a good hour or so exploring the maze of streets, alleyways and fortifications the peace of the Silent City was somewhat disturbed by the loud booming of what sounded like cannons. We walked towards the sound to try and find out what was going on. As we got nearer to the sound we could see that it was, in fact, fireworks. Mdina hosts a large number of events throughout the year such as religious festivals, medieval events and even a Grand Prix in October when vintage cars race around the city and surrounding areas  but we weren’t sure what it was all about. It wasn’t until we crossed over into the suburb of Rabat that we knew exactly what was going on. 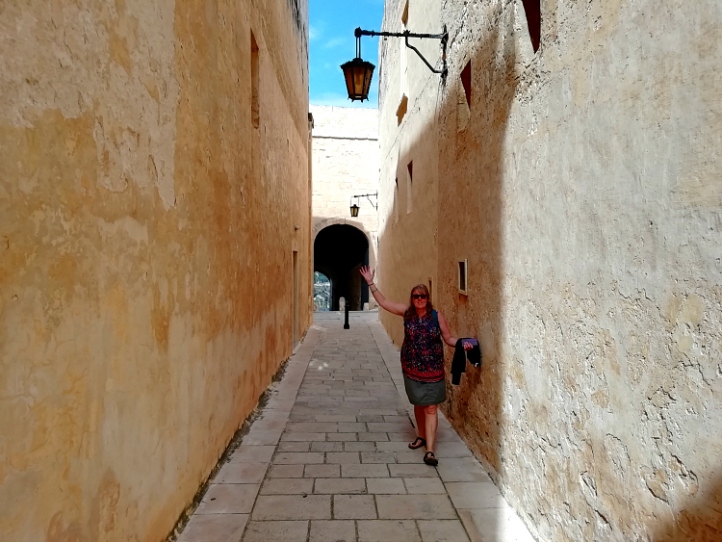 Rabat’s name is derived from the Arabic word for suburb but being home to over 12,000 residents it overwhelms its neighbour Mdina. Many people visit Rabat to see St Paul’s catacombs and the WWII war tunnels but we wanted to explore what was above ground.  Heading down the first street we noticed how many people were milling about and how many of them were dressed in their “sunday best” of suits and smart dresses. Then we spied the ornate flags on every lampost and crazy ornate wrought iron flower columns standing in the street. Something special was going on. 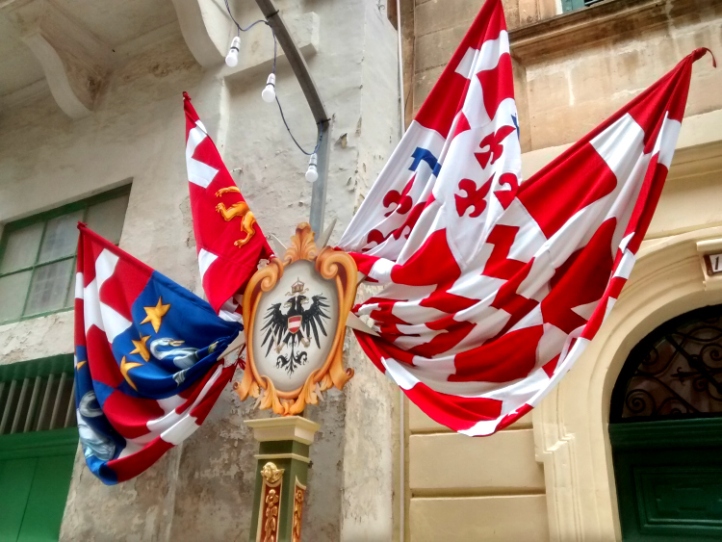 A few steps further on the busy street turned into a crushed street and with a bit of nifty footwork we managed to squeeze into a restaurant doorway. Luckily for me there was a little step so I could see above the hoards. The flashing blue lights of police motorbike escorts came into view followed by a black limousine accompanied by cheers from the crowds. It was the President of Malta. What timing was that? We absolutely no knowledge we were stood at exactly the right place at the right time to see the President.

A waitress in the restaurant explained that it was the Feast of St Joseph. Observed as a special day of remembrance since the 10th century it is a tricky feasting day. It occurs during Lent so the feast is meatless, except for fish. So the fireworks, smartly dressed crowds and street stalls were all for the Feast of St Joseph, who, according to the number of stalls, must have had a passion for nougat. The day finishes off with a huge firework display in the usually quiet floodlit Silent City. The decision to stay was made for us because, unusually for us, we had an evening engagement.

The Cheeky Monkey Bar opposite our hotel was the rendezvous point. Our HelpX hosts, Andrew and Sarah, from March and October 2017 who we keep in touch with were also holidaying in Malta and we had a cross over of a few days. After a few emails comparing dates and locations, we discovered we were staying just along the street from them. For the second time in this very same blog I am saying, “What are the chances of that?“.

We had a lovely catch up on all our news and compared places to see on the islands before saying farewell until we meet again at the end of June for another spell of HelpXing, hopefully weather permitting, in their large garden in Suffolk. See you then! (Fedging Helpx Adventures in Thelnetham, Thelnetham Explained and Explored, Helpx: A Day in the Life).

Just got to add this to the post. It didn’t seem to fit nicely anywhere else in the flow of all things Mdina and Rabat but loved the fact, especially for you football and fantasy football fans. Both Mdina and Rabat have football teams. Mdina‘s team is in the third division and Rabat‘s is in the Premier League. Now for the names which I love:

That would be one hell of a local derby! I wonder if the Mdina Knights supporters are silent and just use hand signals. 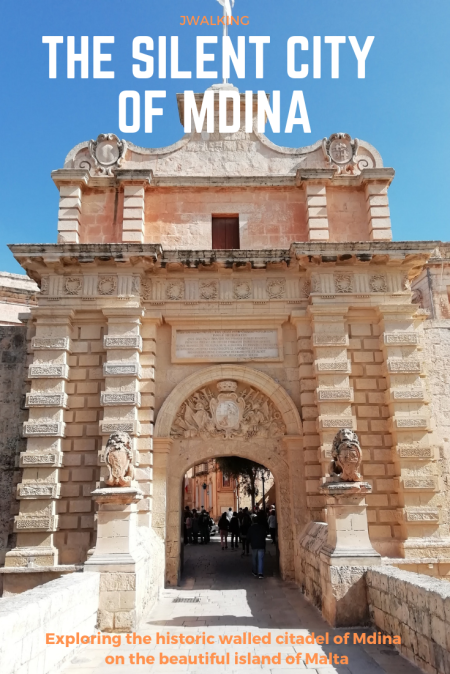