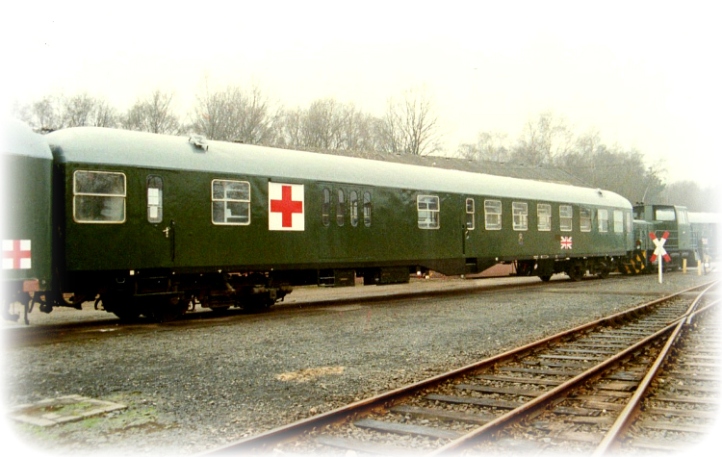 The recent post on our military train through what was the German Democratic Republic back in the late 1980s brought back memories of my own train adventures around that time. Do you ever have that feeling that the further you get away from an event or period of your life somehow it doesn’t feel like “you” who did whatever it was? Well this is one of those memories that feel a bit like me talking about someone else but I am going to do my best to share it with you.

The year was 1985 and I was accompanying Jonno on his posting to an RAF base on the Dutch/German border. As most military wives will tell you, at times you feel like a possession of the service personnel. This is no reflection on how Jonno was treating me, it is just a fact that every place I went on base I had to give his service number so you sort of lose your own individual identity. 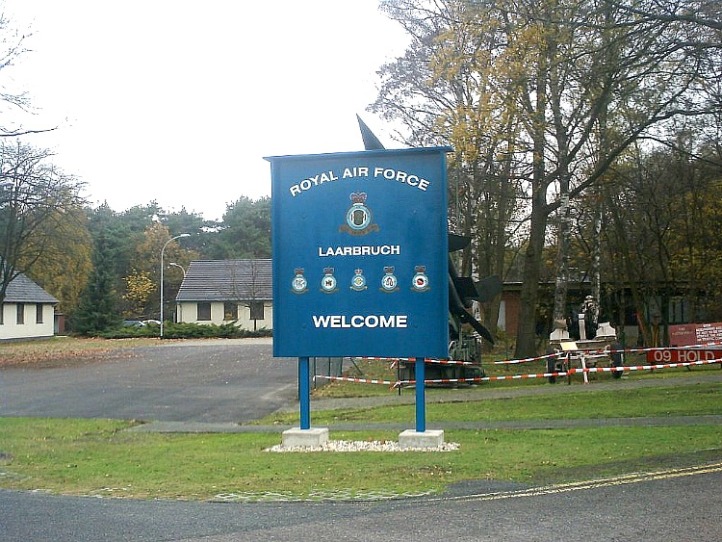 I was fortunate to work in the primary school for a while and then moved on to run the Station HQ typing pool. A busy job with everything being typed on manual typewriters with triplicate carbon copies required of most things, Station Orders each week being typed on gestetner sheets with the memorable fluorescent pink correction fluid and then there were the Court Martial papers. I was also cover for the Station Commander’s PA, surprisingly a civilian role and even more surprising that it was given to me a mere Airman’s wife. We lived off base which was great and made us feel more of the community and the family we rented our flat from, Franz and Katie, were like a second family when we were so far from our own.

Join the TA? Why not?

Life was good. Lots of camping trips, cycling to base and back most days, meeting up to use the open air swimming pool at lunchtime but, with hindsight, I felt I needed something of my own. So when the clip came on the British Forces Broadcasting Service (BFBS) radio that the first overseas Territorial Army (TA) unit, now known as the Army Reserve, was being set up in Germany and they wanted applications from former servicemen and women or dependants of serving personnel. What did I have to lose? 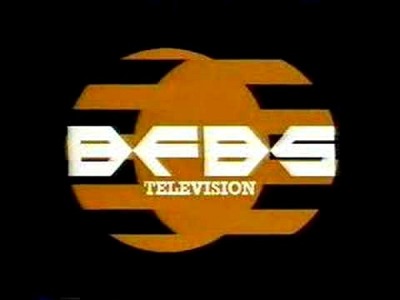 Joint Headquarters of the British Army of the Rhine, or JHQ for BAOR, to us was in Monchengladbach just over an hour away and this is where the 2 day assessment for suitable candidates was to take place. Part of the assessment for me was driving to the right place. Pre-Sat Nav and mobile phones, just my trusty British Forces map and off I went. Getting lost was not an option. Jon had got enough stick already from his fellow airmen about my application to be a “squaddie” but to get lost, being the wife of a Cartographer, would have been beyond shameful. 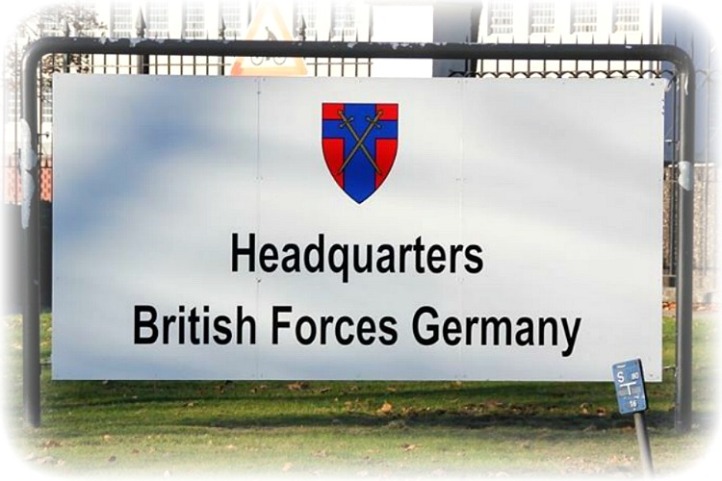 The assessment took the form of team exercises. Getting from A to B with 4 oil drums, some rope and a bag of coconuts, pulling a huge truck across the parade ground, learning how to strip and put back together an SLR rifle blindfolded. All of this was being filmed, I thought it was for the staff to look back at how everyone performed but I later found out it was for BFBS television. Everything went fairly well and it was a good bunch of people who were mostly ex-service personnel who had settled in Germany but missed service life. They all had a whole host of skills and experience that they could bring to this new unit.

A week or so later I got a letter saying I was in and it was around the same time that BFBS contacted me to say that they wanted me to be the focus of their documentary film. I think it was something about it being very unusual to go cross service, ie married to RAF but join the TA and also unusual to join as a dependant and not ex-service myself. It was a bit cringe worthy for me to watch but they sent me a copy of the film so I have it to bore any future grandchildren – if I can find something to play it on!

What was this new unit?

I had signed up to join as a member of Queen Alexandra’s Royal Army Nursing Corps (QARANC) as a medic to staff an Ambulance Train running with causalities from the border with the German Democratic Republic to military hospitals further from the border should the need arise.

Ambulance Trains have a long history and been used successfully through many conflicts and in WWI over 100,000 casualties were brought from the battlefields in one month alone in 1914.

The threatening times of the Cold War were still present and the powers that be decided that re-establishing this service via dedicated personnel and regular field exercises would be a good move. The train would have a whole mixed bunch of trades, engineers, cooks, medics, doctors. It’s purpose was basic casualty evacuation and the ability to take medical supplies to possible front line areas. There was no operating theatre just bunks to maximise the number of casualties that could be accommodated, just one carriage with bunks for those working on the train and a small catering kitchen and supply carriages.

Before anything else, just like any other TA newbies, I had to attend two weeks of Basic Training back in the UK. Longmoor Camp in Hampshire was the location. It was an Army Training Camp and also home to 79 Railway Squadron who were in overall charge of the unit. In a weird twist of fate it was also the camp where Jon’s Grandad did his military training for WWI.

We were a mixed bunch. Not just new recruits from this new unit in Germany, I distinctly remember two girls from Northern Ireland who had come over to do their training. Due the Troubles in Northern Ireland that were still ongoing their journey had had to be very clandestine. We all got through the long days of drill, room and uniform inspections (puttees were a nightmare), PT, learning how to complete what felt like hundreds of army regulation documents that relate to casualties, their needs and progress.

After two weeks we had a passing out parade, complete with band and relatives to look on in admiration. Unfortunately, Jon couldn’t get leave but his parents and my Dad attended to see me proudly receive “Best Recruit“. Yes, somehow I got the puttees, hair, bedding, forms and drill right although I like to think they felt sorry for me coming all the way from Germany and being married to a Brylcream Boy or Flyboy.

On return to Germany, I was involved in a few more exercises. One were I remember sleeping in a ditch most of the night and then a couple of exercises when the train had many “casualties” complete with their very authentic make up and imitation blood. I met some great people and I think the atmosphere was different to other units because we were all ranks, all trades thrown in together in close confinement so the usual protocols in relation to rank weren’t always followed to the letter, although it wasn’t disrespectful. 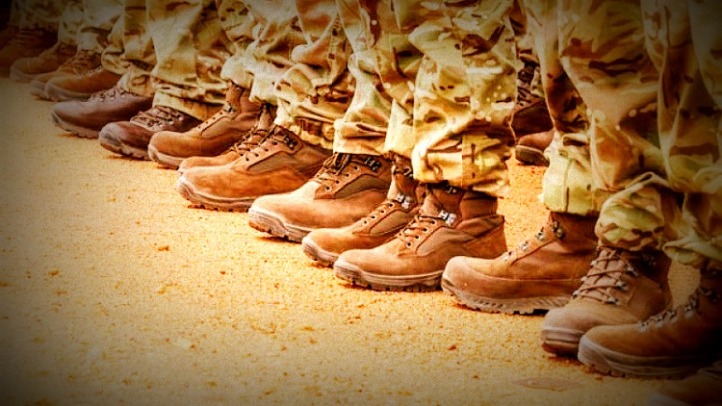 What these exercises did bring home to me was what difficult conditions members of the Ambulance Train worked in during WWI, WWII and other conflicts. It took me a good 20 minutes to get my land legs after a long trip and as for administering drugs, applying bandages or even providing a good old cup of tea – it is an art form.

End of an Era

I continued as a member of the TA for a year on our return to the UK and was then on the reserve list for 10 years. With the Cold War over and Germany unified once more, the Ambulance Trains were sent to their sidings for the final time in 1995 when the units were disbanded by the Ministry of Defence. It certainly feels like an out of body experience recalling all this but I am still a very proud owner of a Queen Alexandra’s Royal Army Nursing Corps stable belt as a tangible memory of those times. 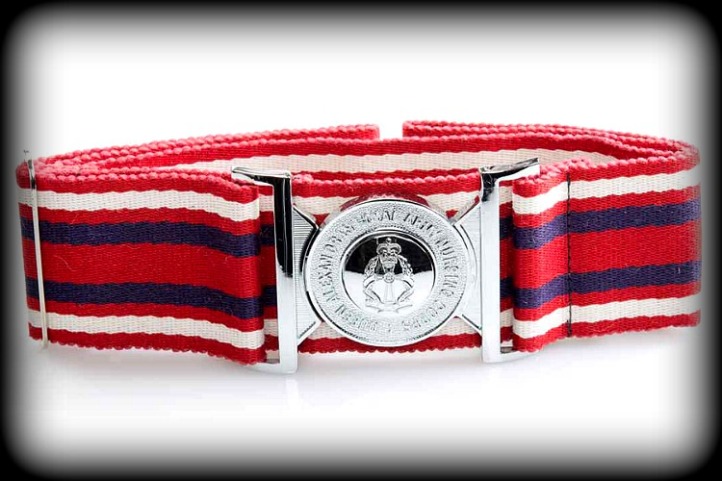