From Appledore to Westward Ho!

After lots of fantastic beach and headland walks (Wild and Windy Walk at Heddon Valley), it was time to jump in the car and explore a bit further afield. So with a, maybe optimistic, picnic lunch we headed south to Appledore.

This village is about 6 miles from Barnstaple in Devon. It is a pretty quayside village with lots of narrow streets and cottages. We ended up at a dead end on one such street but the name should have given us a clue! 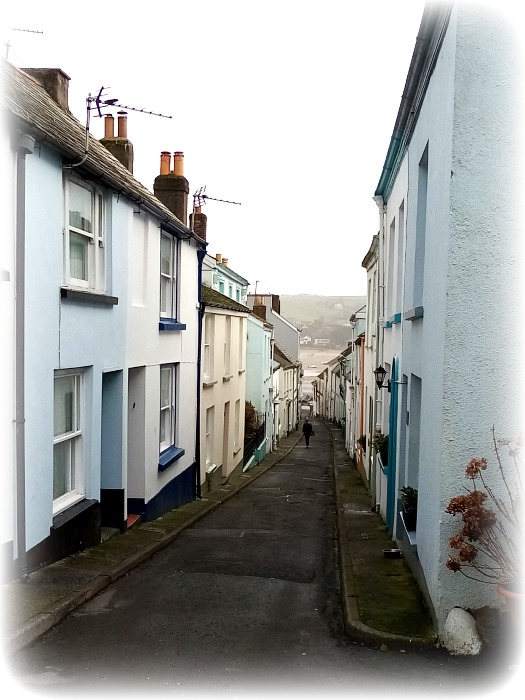 Appledore is probably most associated with shipbuilding. Founded in 1855 it built and modified many ships over it’s long history. When the order books were full, the shipyard literally kept the local community afloat (forgive the pun!) and the workers had a choice of no less than 17 pubs in which to spend their wages.  Surviving receivership in 2003, it most recently constructed parts of both the Queen Elizabeth class aircraft carriers, HMS Queen Elizabeth and her sister ship HMS Prince of Wales.  Even these high-profile orders could not save the yard and it finally closed just one year ago. To be frank looking at the yard from afar it looked as though it had been abandoned long long ago so had obviously been in decline for many years. 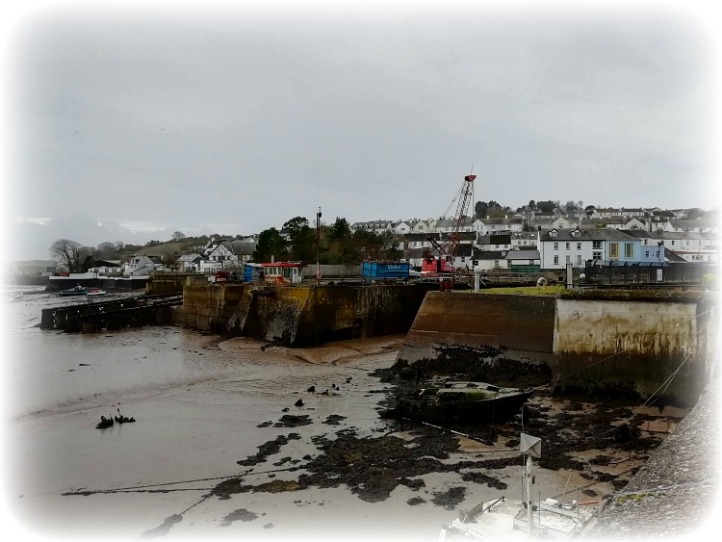 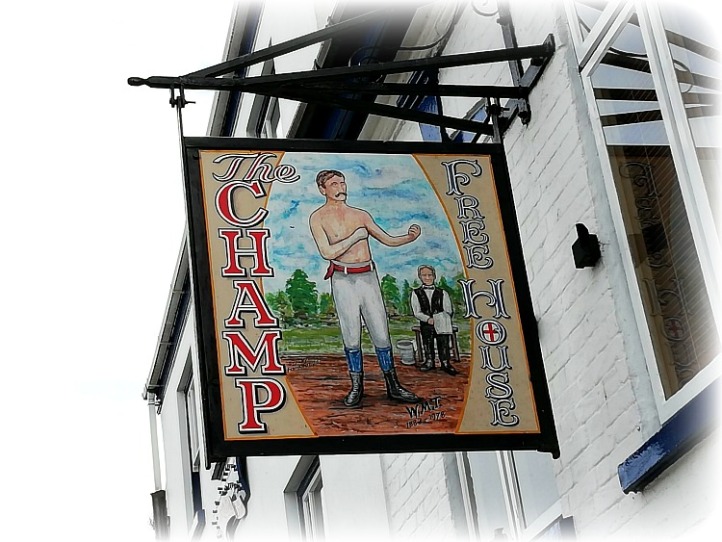 The village is striving to find a new identity through tourism. In the summer months the large North Devon Maritime Museum would be an interesting place to visit and there is a small ferry that operates across the mouth of the River Torridge to Instow. But at least one local historic business goes from strength to strength – Hocking’s Ice cream.

The family run business only sells ice cream in North Devon and only from their fleet of eye-catching yellow and red ice cream vans. It all started back in 1936 when Dave Hocking started making his high quality West Country ice cream using butter and clotted cream. Sadly the vans are only on the road from March until October, although freezer packs can be bought direct from their factory during November and December but not January and February as they are all on holiday!! Love the family feel of this business. Its worth a return visit if only to visit the museum and visit a Hocking’s ice cream van! 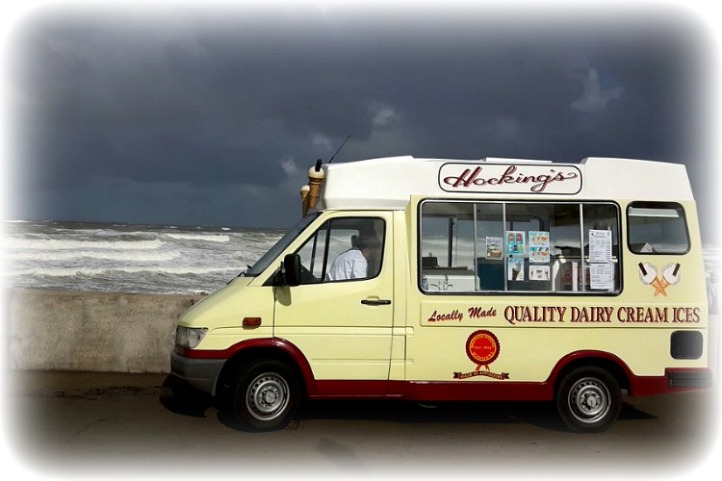 This is the quiz team dream location being the only place in the UK with an exclamation mark in it’s name. So why is this? Well the village name is taken from the title of a book from a popular author in 1855 which was set in the nearby town of Bideford. Very canny local businesses saw the chance to use the name to encourage tourism. Charles Kingsley, the author, in turn had taken the phrase from the regular shouts on the River Thames from boat-taxi owners. The boatmen would shout, “Eastward ho!” or “Westward ho!” to would-be passengers depending on which direction they were headed. (“Ho!” sort of meaning “hey!”)

Today, unfortunately, the desire to attract tourists has changed what was a village to a location with three or four large 5 or 6 storey apartment blocks on the seafront and not attractive ones at that, although we did find one terrace of colourful cottages.

The modern apartments dwarf the remaining little beach huts beside which there was a little plaque, and you know how I love a plaque or sign. It said that it was the site of the United Services College which prepared sons of military officers for a career in the services. An unhappy young student was the famous author Rudyard Kipling, probably best know for The Jungle Book, although he never went onto join up. To commemorate their famous pupil, the first few lines of his well known poem, “If…” in granite mosaics along the promenade in front of the beach huts.

North of Westward Ho! is a long pebble bank which acts as a sea defence protecting Northam Burrows, a large country park but we decided to walk south along the South West Coastal Path to Kipling Tor, supposedly where Kipling took a break from his studies and smoke a cigar or pipe and read a book. No cigars or books for us – just hats and gloves to keep us cosy for our cliff top walk.

We passed The Pier House which is part of the large Braddicks Holiday Centre which has caravans perched almost on the path. The Pier House seafront bar and bistro has a great coastal view from it’s restaurant and looked like a good place for coffee or lunch. At low tide the remnants of the Victoria Pier which only lasted 9 years can be seen from the large panoramic windows. There is also a sea pool down in the rocks.

It wasn’t long before it felt like we had left the town behind us and not too far ahead was a lonely looking derelict house perched on the edge of the cliff. In fact it looked like some of the garden had already slipped into the sea. The house looked like something from the film Psycho and we half expected bats to be circling overhead. For all you car drivers out there, there is a car park by the house that is a free public car park. Quite the exception in Devon!

Referred to locally as “Spooky House” or even “Haunted House“, the 12 bedroom house was built around 1885 and had the name Seafield House. Rumour has it there is a resident ghost which takes the form of a little old lady at the window. Will we get to see her? Lived in as a family home it was requisitioned during WWII for British officers and and the adjacent field became a prison of war camp for Italians.

In more recent times it was a B&B for several years then lived in by an elderly lady until she moved into residential care in 2015. The neglected house was put up for auction in 2016 and bought by a local businessman for £414,000 who has submitted plans but not released what these are for. Will it be restored to it’s former grandeur, flattened for more caravans or left to fall into the sea. May be a venue for Murder Mystery weekends with the resident ghost taking part!

Missing a trick at Westward Ho!

For a village that was named to attract visitors, it seems to have lost it’s way. Apart from the unsightly apartments, one the seafront there was so much more I found out after leaving the town than when I was in it. I know not everyone wants as much background and history as me but there are a few “biggies” that should have some sort of acknowledgement. For instance:

Maybe we missed the information on these things or we have visited too many places and have a high benchmark. It may even be because it was winter and there is attempt to make it an all year resort but we left Westward Ho! wishing it would capitalise on it’s natural landscape and beach rather than planning any more high rise apartment blocks. 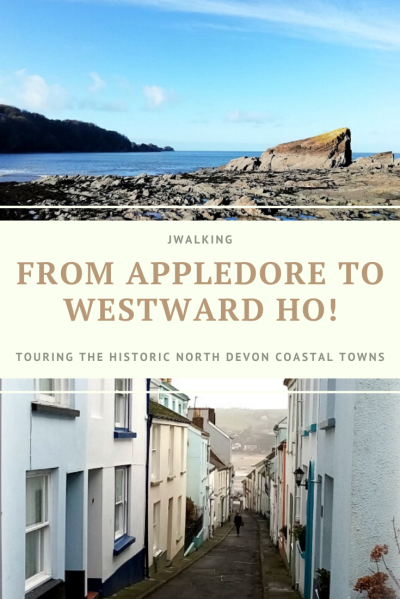