If you are of a certain age you will know immediately what ThunderCats are but if, like us, you are not of that certain age then you won’t have a clue! When we arrived at our current summer-long housesit in Hove we met our two feline charges and were told that their names were Lionel and Chi. Seemed a little odd but lots of people (and cats) have odd names don’t they? So we just got on with it.

However, we had made a horrific mistake! Well perhaps not horrific but dreadful! Even dreadful may be exaggerating the situation a little I suppose, how about an awful mistake! Still seems a bit over the top. Let’s just say that we made a mistake and leave it at that.

A week or so back we had a visit from our hosts son who is the actual owner of the cats. They are staying here whilst he househunts in London. A really nice guy but during our chat he revealed that the cats were not named after an Argentinian footballer and the Japanese term for radiance and vitality but rather after cartoon characters.

Back in the late 1980s there was apparently a TV cartoon called ThunderCats about a fictional group of cat-like humanoid aliens on Third Earth (not a true story amazingly). We hadn’t heard of it, sometimes these shows pass you by depending on your age or the age of your children and that’s exactly what had happened to us.

So our two little friends are not called Lionel and Chi at all. We discovered that they are actually called Lion-O and Cheetara. So obvious to some but completely out of left field for us!

Apparently Lion-O is the Lord of the ThunderCats which is completely at odds with the Lion-O that we have got to know. Our Lion-O is an anxious, slightly cowardly, indoor-loving character who hates walking on the grass and is terrified of the wind and any suspicious leaves.

Cheetara however is an adventurous, scared-of-nothing, fighter who loves being outside and patrols the garden as if it’s her own personal territory. Facing up to any other cat that dares to enter her domain and more than happy to chase birds and squirrels at any given moment (Lion-O is obviously terrified of birds, squirrels, twigs, and anything else out of the ordinary).

Now neither of us are traditionally cat-lovers, we have never had our own cat and pretty much all of our housesits have been for dogs. We have had cats to look after but generally as companions to the dog. Cats always seem to do their own thing and regard the humans as their servants rather than their friends. I know that so many people absolutely adore their catty-friends and I’m not ‘dissing‘ them just saying that we have always been slightly ambivalent to them.

That has seriously changed during this sit with these two ThunderCats. While Cheetara is a lovely affectionate character it is Lion-O that has really taken us by surprise. Especially me. He is a strange, skittish little fella who follows us around indoors, occasionally ventures out if it looks safe and we are around, and talks and reacts bizarrely at random times and places all over the house. He’s so funny.

Always falling off shelves and cupboards that he has climbed without knowing why. Running scared from flys and spiders. Attacking non-existent foes on the stairs. A real one-off.

So although we don’t see ourselves as cat-people little Lion-O, and Cheetara, have really grabbed our affections and we’re seriously enjoying their company here. Gonna miss them when we leave next week.

Cats eh? Who would have thought it? 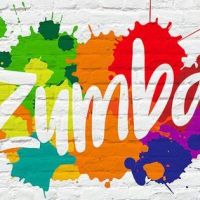 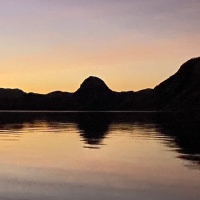 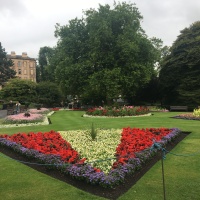