Umbertide – Now and Long Long Ago 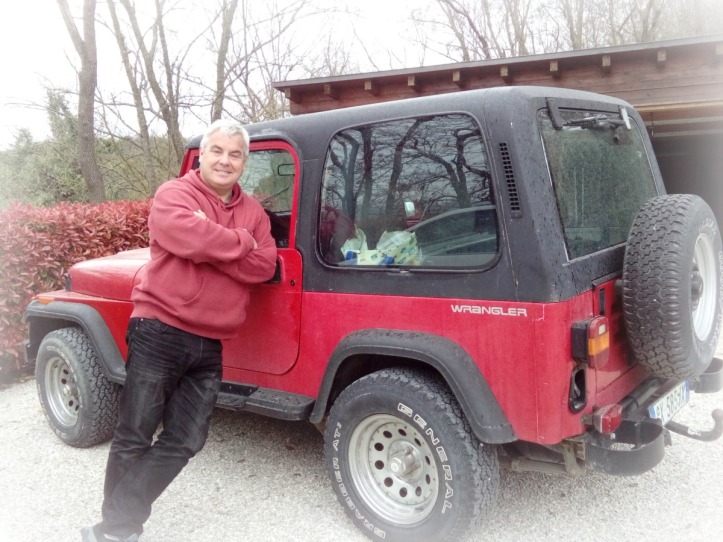 It took us a while to get the local pronunciation of our nearest town Um-ber-ter-day, we were just saying it as the literal spelling. We had passed through a number of times but now was a day to explore a bit more.

Located on the banks of the Tiber river. Yes, the same river that flows through a rather famous Italian city only about 200km further south. Umbertide was founded, long long ago, around the 9th century, and remains can be seen of the medieval walls, houses and citadel. 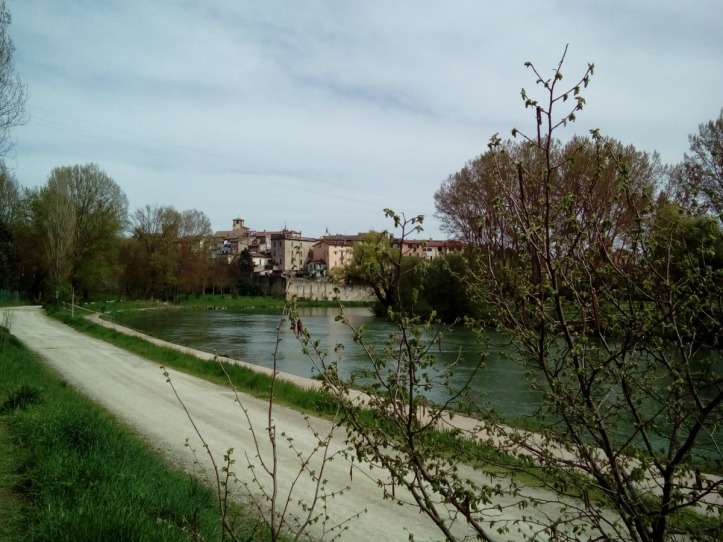 The Rocca, or fortress, dates back to 1389 and now houses a contemporary art museum and hosts events. The Reggia river that is a small stream flowing into the Tiber made a fairly natural moat. It looks ankle deep today but it was dammed and flooded to make it less of a paddle and more of a drowning experience for invaders. 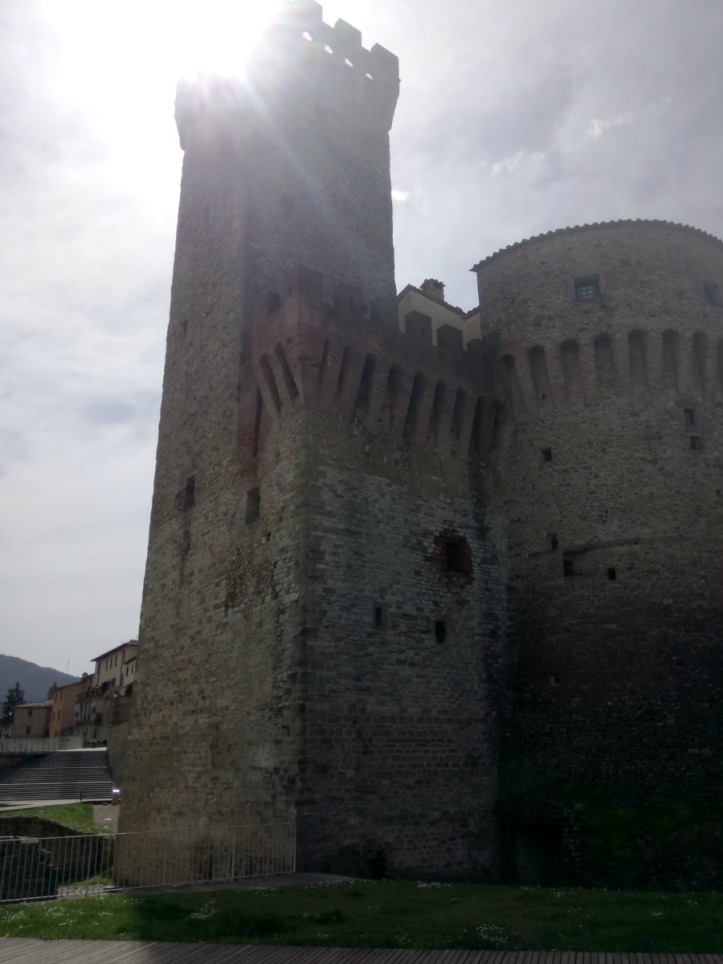 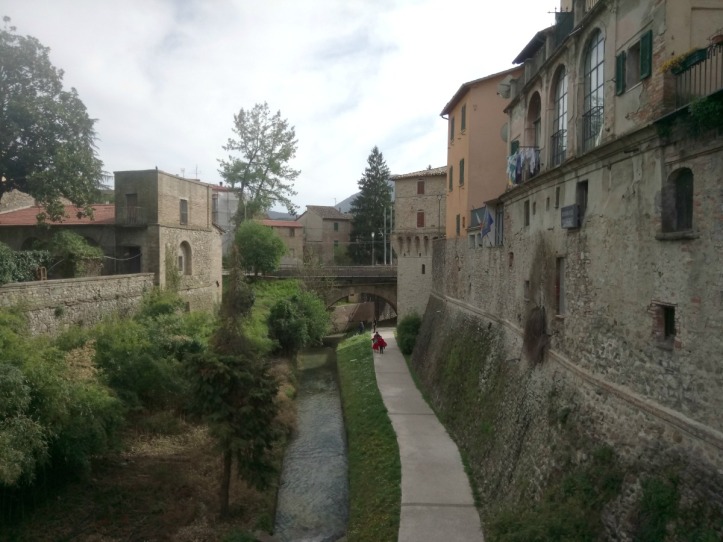 As with all Italian towns there seems to be a church in virtually every street. The two most famous are Santa Maria della Reggia which is an octagonal brick building and Santa Croce which is now a museum and gallery. Both house paintings by famous Italian artists which we are not familiar at all with such as Circignani and Signorelli.

We also came across some cloisters of a former monastery that were later used as a cereal market. 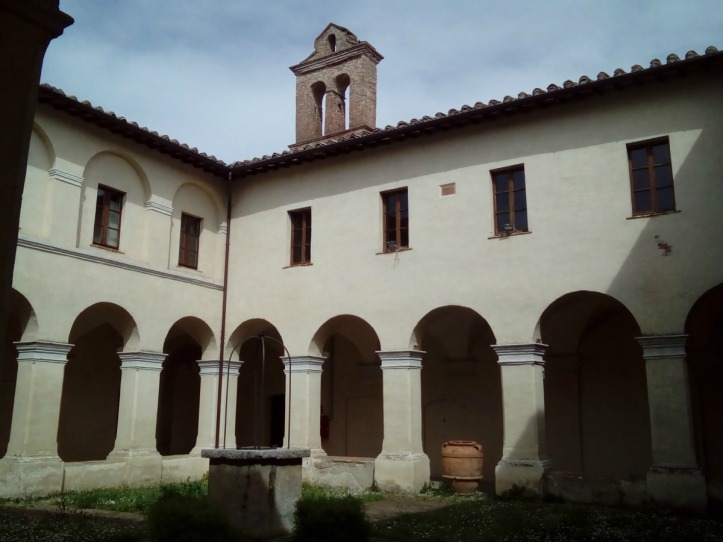 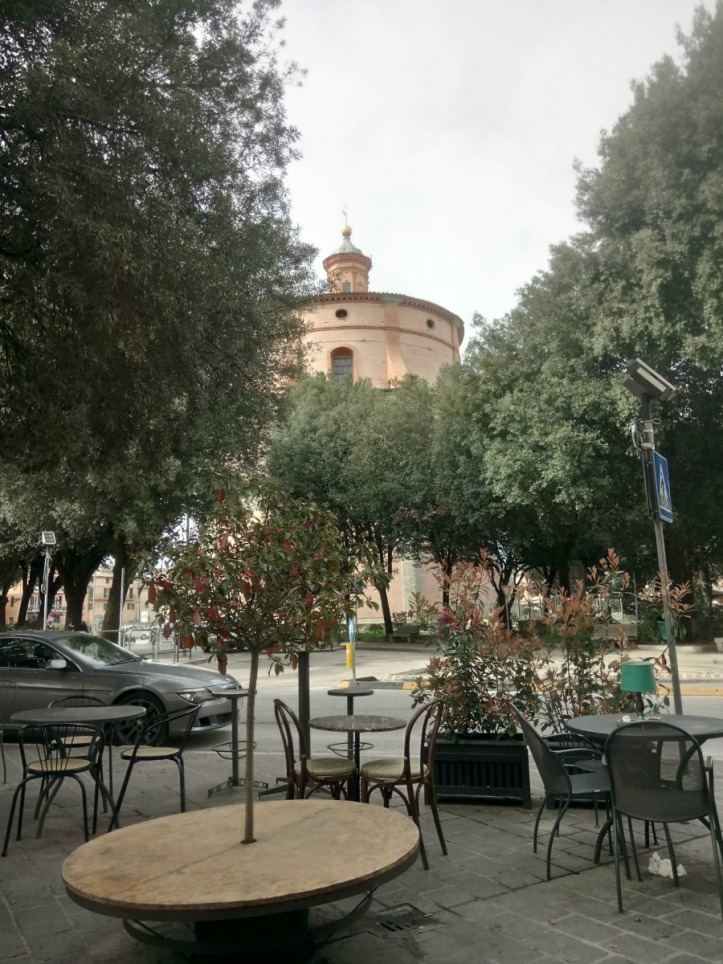 To finish off our tour we headed down to take a long stroll along the Tiber and watch the Angling Club limbering up for the fishing season. Our route took us through Piazza XXV Aprile (25th April Square). Me, being me, I needed to know what happened on this date. Luckily there was a plaque that explained in Italian and English. To try and cut off the German withdrawal in 1944, a squadron of American bombers missed their target of the two bridges over the Tiber and hit the San Giovanni district of the town. No alarm had sounded to warn of their approach . Over 70 residents lost their lives, 900 were made homeless and 50% of the houses were destroyed. In the afternoon a second bombing raid destroyed part of the bridge but it remained in tact. The square is marked with red bricks to show the original building line and has numbers in marble indicating the numbers of the original houses. 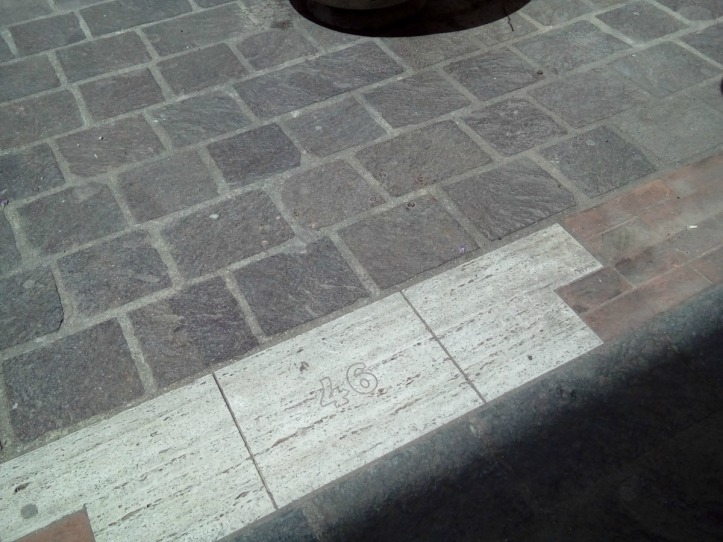 After our historical cultural tour round Umbertide, it was back to the Jeep for a ride along the bumpy road to Trestina to try and choose something from the huge pizza menu. Luckily we were first in the door because 16 teenagers arrived for a birthday party plus another four or five families. So we were well set up with our wine, beer and pizzas before the chef had steam coming out of his ears trying to deal with the stream of orders. 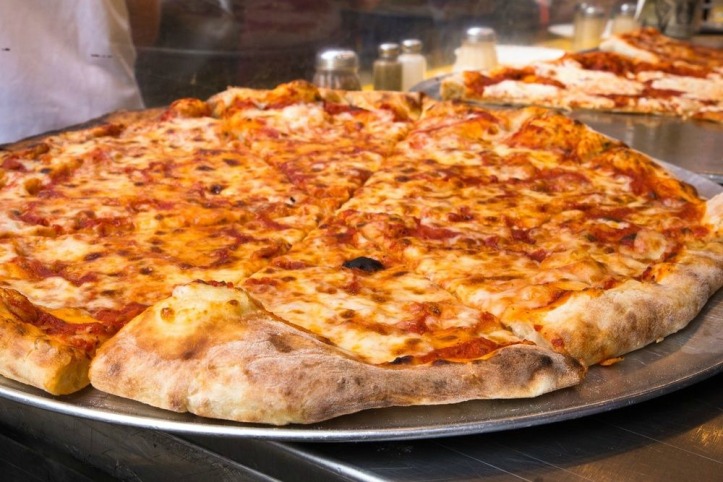 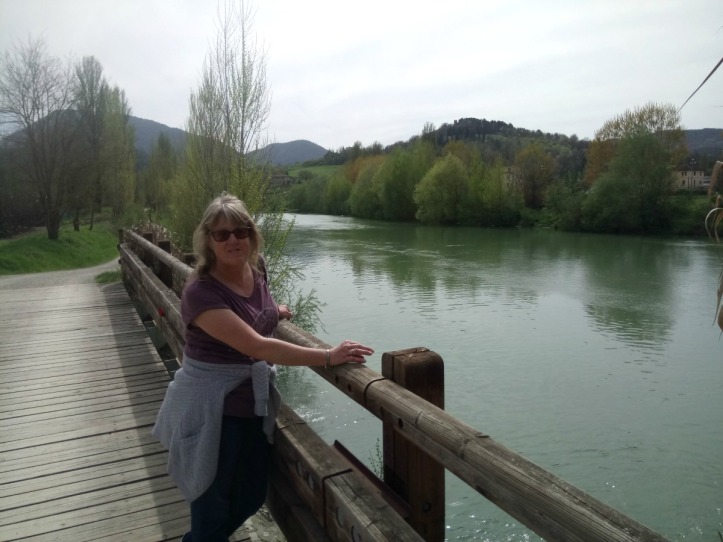 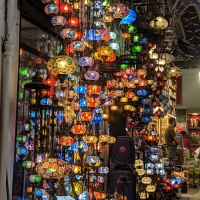 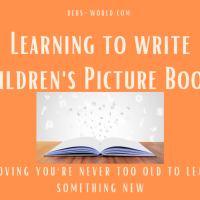 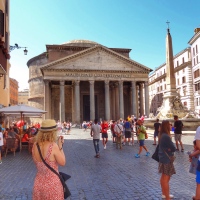 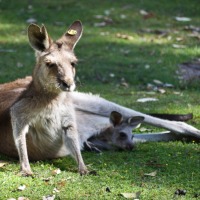 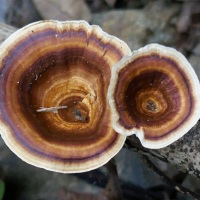 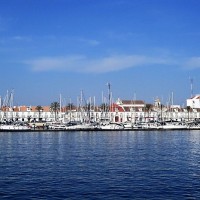 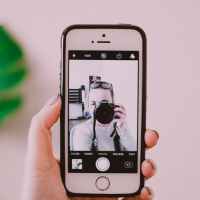 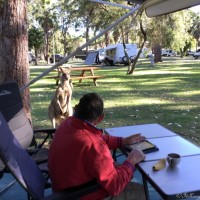 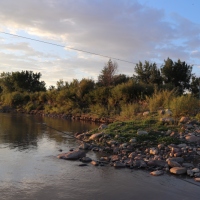