Vegging Out with Indie

Vegging out is not our usual thing and I, for one, feel a bit guilty when we have down time. Somehow for me it seems fine to not be committed to working if we are on the move constantly. Then we did a tally of the year to date and some the guilt evaporated.

Our 44th train ride of the year (from Jonno’s BGS – Book of Great Stats) brought us back to Warminster and the little Jack Russell terrier called Indie. He absolutely dotes on Jon and sits and looks up at him with his head slightly askew like Nipper from the His Master’s Voice record label.  Strangely Nipper was from Bristol, only around an hour away so maybe he is a distant relative of our Indie. We looked after this little well behaved dog back in September (A Wiltshire Garrison Town) for a couple of weeks and signed up to do the month of November for some downtime while the owners head to the US. 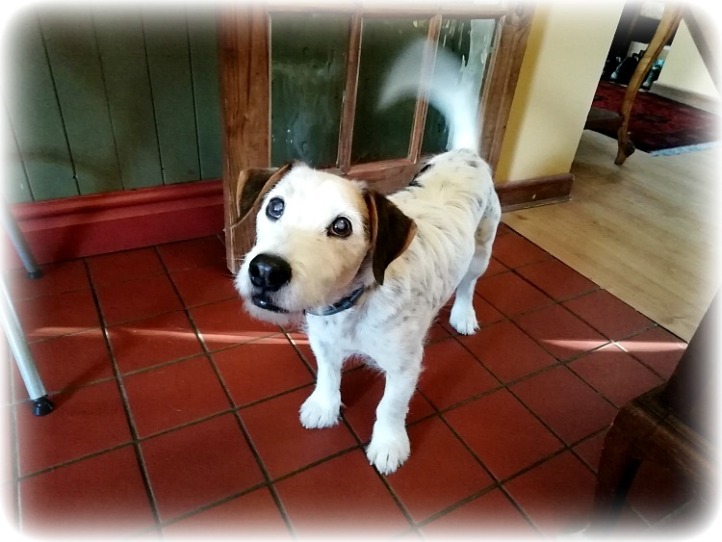 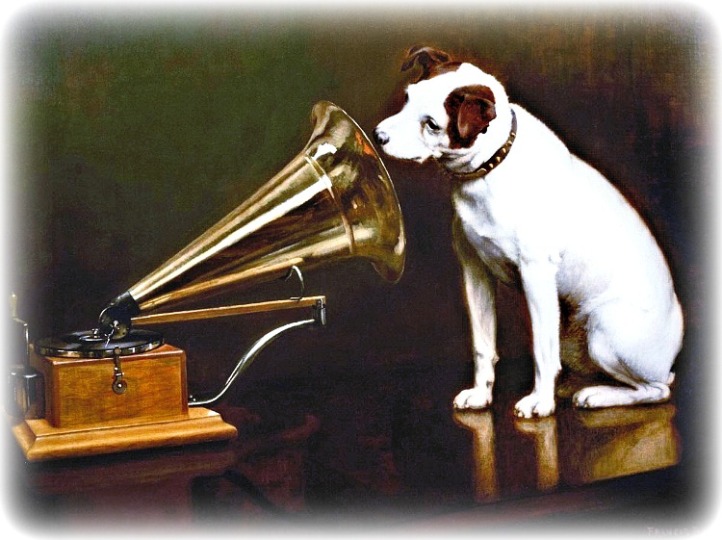 When they were younger our sons always laughed at me when I said there were a couple of jobs for them to do and even gave me the nickname “Jobs” for a while. A sign of endearment I am sure! The term vegging has a double meeting for us during this month.  No we are not going strictly vegetarian but reducing our meat and calorie intake -to consolidate our chosen lifestyle change to eat differently. Exercise is mostly taken care of whilst housesitting with nice long walks. So far it has reaped rewards and extra holes in belts required and smaller size trousers. There is probably far too much veg going on in these dishes but they are filling and healthy. Indie goes bananas whenever the chopping starts – he has a passion for raw carrot. 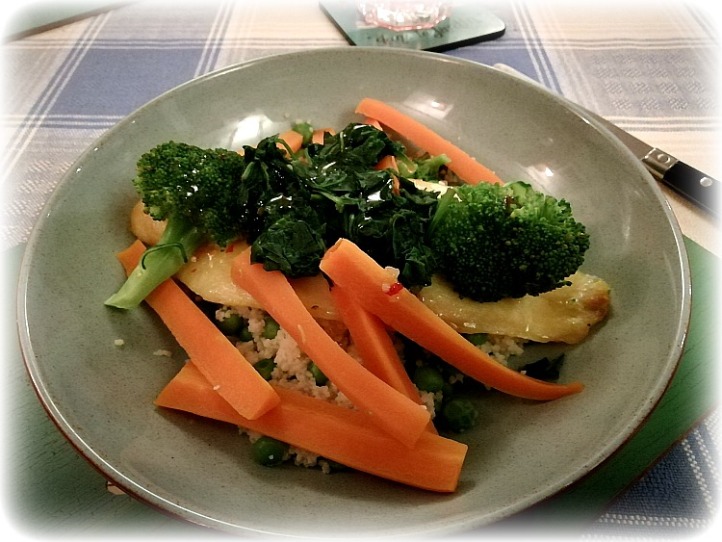 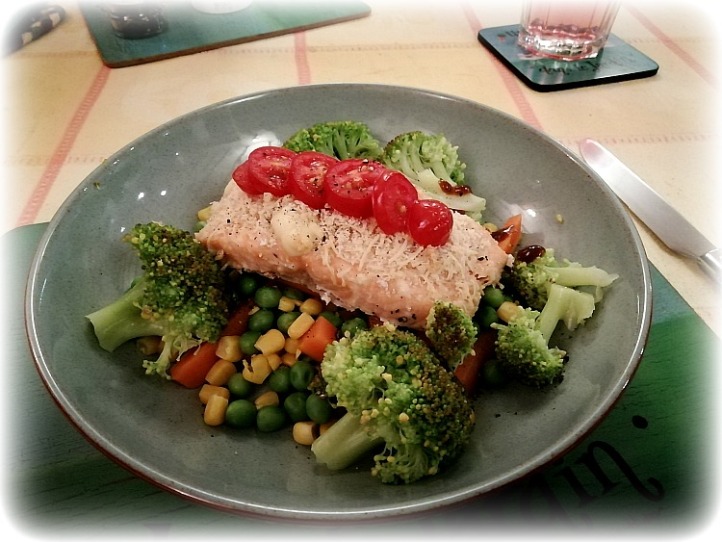 I have a bag full of wool and cross stitch for some projects that I want to get my teeth into. The couple we are sitting for even borrowed a sewing machine from a friend for me to do my one woman Sewing Bee impression. (Crafts are definitely not in the “jobs” category.) The proper jobs for our time here are mostly admin based.  Good secure wi-fi gives us the opportunity to get tax returns completed, book the next batch of trains for early 2020 and start research for what 2020 will be. Return housesit bookings are already in the diary for the early part of the year but the blank pages, pencil and eraser are ready for whatever comes our way.

Our month stay here coincided with the Remembrance parade and service which was to be held on Sunday 10th November. As Warminster has a large Army presence the parade comprised of current Army regiments, Gurkhas, WWII veterans, Scouts and Guides, Members of Parliament, local schools and led what appeared to be a veterans motorcycle club.

The High Street was closed and there was a good turn out of spectators lining the streets.  The majority of spectators followed the parade down to the War Memorial for prayers, hymns and a very touching modern song by the Military Wives Choir.  After the two minutes silence, the laying of wreaths took place. As this happened some young people read out the names listed on the memorial. Extremely moving and memorable.

Of course we can’t stop JWalking despite the vegging theme of this month. One of our trips was to this large National Trust property about 30 minutes away. In the winter months dogs are allowed in the gardens so we took Indie with us. He has to wear a muzzle when near other dogs and people. Although we don’t know Indie’s detailed history, we were told that the need for this mostly stems from his nervous disposition. He gives children and other dogs a wide berth and doesn’t seem to want to make eye contact which is better than him straining at the leash to get to them. We do get a few looks from other dog owners who assume he is Hannibal Lecter but we just smile and say hello.

The gardens which centre around a large man-made lake are beautiful with a grotto and various mock Greek temples all with amazing views across the lake. It was a cold crisp day and the late afternoon sun made the autumn leaves look like they were alight. The theory gleaned from my personal guide (more on late later) is that the view from each location/temple is unique and you cannot see any of the other buildings, grottoes or follies when you at each one. So well planned but some of the views, particularly in the summer, are now obscured by the once small trees that are now, over 150 years later, blocking the vista. Despite this it is a photographers dream location. 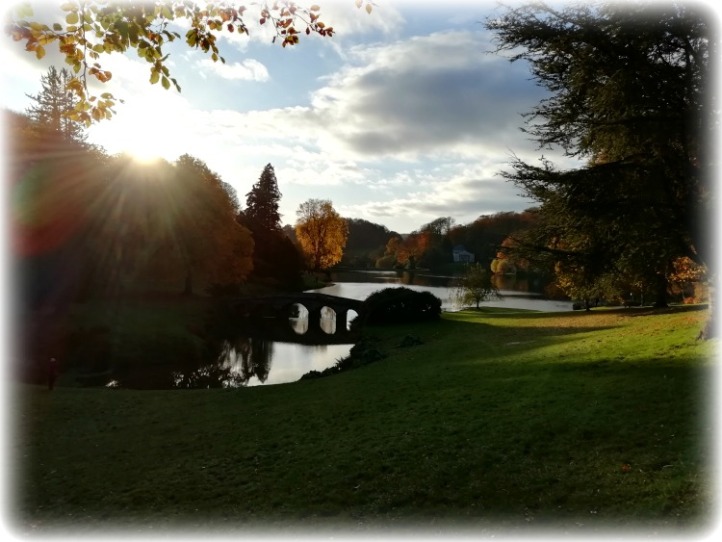 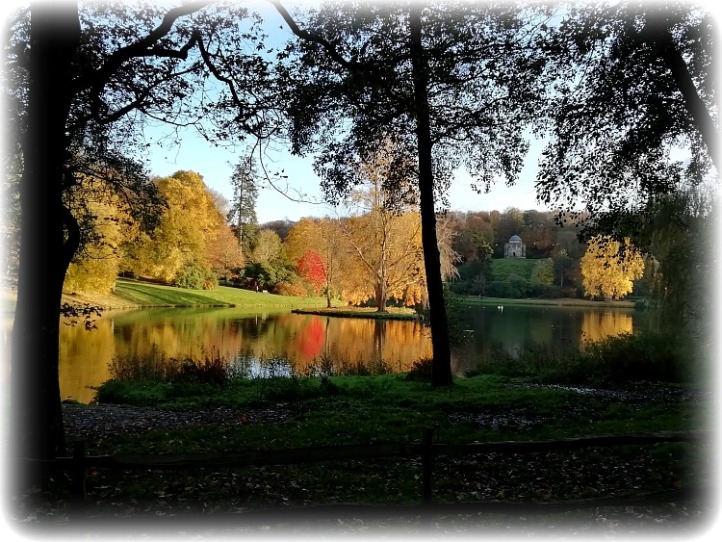 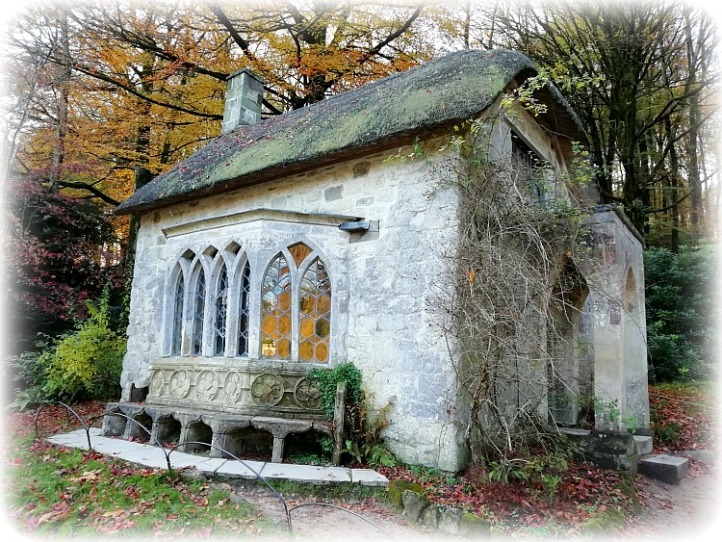 Access to house is possible during the summer months, as well as King Alfred’s Tower, a folly in the grounds, but there are plenty of other places to see and stop off including the Spread Eagle Inn and a large restaurant/cafeteria and shop.

It was at this restaurant that a very long overdue reunion took place (9 years) with a friend from my former life at a further education college in Kent. Joan now lives in Somerset and Stourhead was a great place to meet for our long overdue catch up. She is a National Trust volunteer so is very knowledgeable about the property and particularly the gardens so it I felt like I had my own personal guide.

After a massive backpack contents cull (another one of those jobs), it was time for the lighter bags and bodies to catch the train to somewhere where the healthy eating would be a little trickier to keep to but we all deserve treats, don’t we? 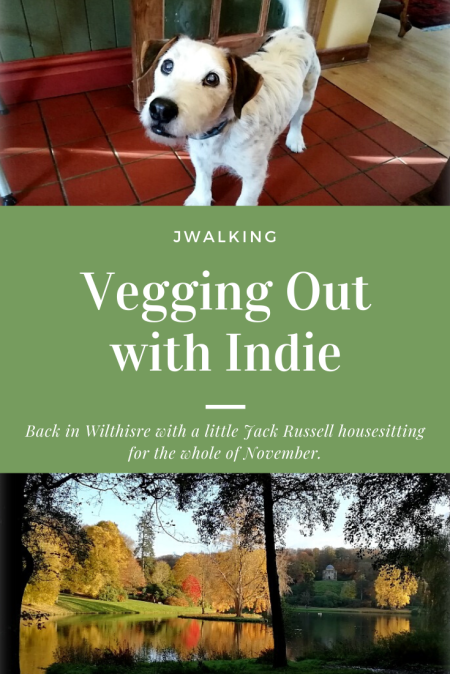 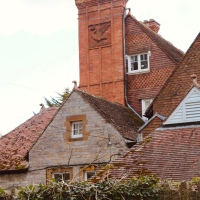 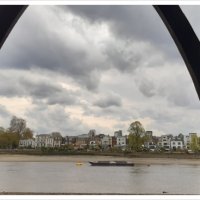