Not the official name of the wanderings we did today but the title seemed to suit the sights we saw. Jonno had planned a footpath route to a couple of huge fields that we can see in the distance on our shorter more suburban walks. A couple of snacks in the backpack plus a bottle of water and we were off. As with many other walks, we started by passing the viaduct.

Also known as Digswell, and before that High Welwyn, this cluster of houses around Welwyn North railway station has a few shops and a little deli/coffee bar. The station still has the feel of times gone by and is now a listed building

Footpath signage in Hertfordshire is probably some of the best we have come across and it wasn’t long before we were diving through a hedge from the main road into Lockleys Wood. We thought this was quite picturesque but it was nothing compared to the views across vast fields that came next.

Walking deserted footpaths we headed towards what we could see on the map were Roman ruins near the old village of Welwyn. Getting nearer to the drone of the A1(M) we couldn’t see any ruins or changes in landscape to indicate where they were so we did an about turn. We later discovered that the ruins were discovered in the 1960s and following 10 years of excavation the route of the proposed A1(M) would run right through the middle of the site. After lots of hoo haa, it was decided to build a steel vault over the top of the baths with an access tunnel for the public. So today the remains of the Roman Baths sit 9 metres below Junction 6 of the A1(M). About half of the original baths and other parts of the adjacent villa were covered over. No wonder we couldn’t find them! Seems an extraordinary story and the archaeologists must have been a tad grumpy.

Although we didn’t find any Roman remains to explore the views made up for it.

Strictly keeping to the footpaths, we were struck by the amount of signage relating to dog walkers, crops and instructions about the countryside code. We assumed the nearest farm, Lockleys Farm put the signage up. Jonno and I were chit chatting about what the crops were when, as if by magic, we came across the first of many laminated signs telling us about the crops and what they were going to be used for.

All the information boards had the Red Tractor Logo on them which was a quality assurance scheme launched in 2000 by the National Farmers Union.

The Red Tractor logo shows that food has been farmed, processed and packed to high standards in the UK and it includes meat, poultry, dairy, cereal, fruit and vegetable products. The information boards were great because we learnt a lot and it would be a great activity to do with children. It certainly made our walk through Foxley Grove and Hazel Grove more interesting. Thank you Mr & Mrs Farmer.

Surprises in the Woods

After exercising our brains on the all the information we followed our track up an incline to Harmer Green Woods where there were two surprises in store. No it wasn’t the Teddy Bears having a picnic.

The first sight was of a large concrete circular structure with barbed wire and spikes all around the top. Checking the map and then hearing the whoosh of air being forced up through the hollow centre we realised we had come across one of the many air shafts for the Digswell railway tunnel which runs under the woods.

The next surprise was me making the decision to get on a rope swing that we found in the woods. I think Jon was tempted to leave me spiralling out of control in fits of giggles but he did eventually stop taking photos and come to my assistance to “dismount” in the most ladylike fashion that I could muster.

We both thoroughly enjoyed exploring the footpaths and after a couple of wrong turns in the woods on the way back ended up JWalking about 7 miles. Happy days! 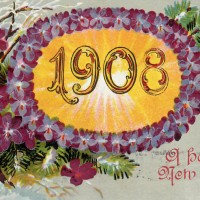