Fabulous February in the Forest

We have switched the windy bracing weather of the North Devon coastline for the relatively calmer weather of the Hampshire one. Don’t get me wrong, we loved our stay in Devon and we had plenty of sunshine during our stay but it is as if as soon as our train pulled out of Barnstaple station the wind abated. We have now returned to Lymington in the New Forest for a 10 day house-sit for a gorgeous chocolate labrador called Ronnie and the two cats, Lily and Monty. This is our second house sit here. Last time it was the height of the summer, August, so we expected a really different look to the New Forest. Still beautiful but just different.

Annabelle, the home owner, met us at Brockenhurst station and we more or less immediately encountered a family of New Forest ponies wandering around the town. A true reminder of how in touch with nature this area is.

After a quick recap on all things Ronnie, Lily and Monty, we made ourselves scarce while Annabelle finished all those last minute jobs for their trip to Thailand. They left around 5am and then it was over to the “Trusted House-sitters” to take the reigns. What is not to like? The sun was shining so after breakfast we bundled Ronnie into the car and headed for one of our favourite walks from last time, Hawkhill. It has bridleways, cycling and walking paths through this vast area. Ronnie particularly likes the ditches and ponds, oh and also the largest sticks he can possible carry. I have given up counting how many times we have been whacked in the back of the knee by one as he is passing by.

The weather forecast looked good so day 2 saw us heading for the beach. We parked at Highcliffes and walked along the cliff before dropping down onto the beach to walk on the shoreline to Mudeford. We had only taken a sweatshirt each but by the time we got to the cafe we were down to t-shirts. It was so warm and still that what we thought would  be a coffee stop turned into ice creams which were devoured sitting on the beach looking over to the Needles on the western tip of the Isle of Wight.

Annabelle had kindly arranged for her usual dog walker, Louise, to take Ronnie for a walk so we could explore a little further afield. On the whole we try and stick to a fairly healthy diet but this was going to be treat day and that treat started with a slap up cooked breakfast before driving through the forest to reach Rockford near Ringwood. We had read about a 4 mile walk that would take us past a couple of lakes, through some woodland and ending up with some good views of the Avon Valley. It was a pleasant walk but it was not overwhelming and certainly not 4 miles. Maybe we have just been blown away by too many sensational views over the last few years! Occupational hazard I suppose. 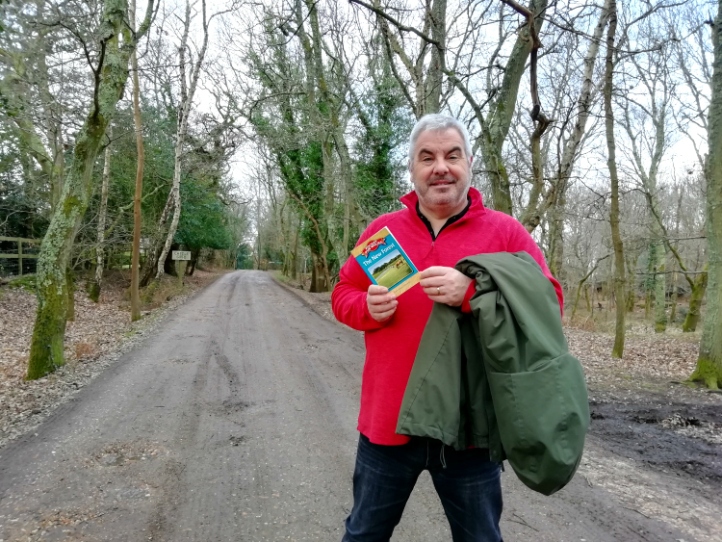 The walk was compensated by the pub at the end, The Alice Lisle. The pub is named after Dame Alice Lisle who was the last woman to be publicly beheaded in England (in 1685). She lived near Ringwood and had unwittingly given shelter to some fugitives after the Battle of Sedgemoor. Her ghost is said to haunt the pub as well as her former home and the Eclipse Inn in Winchester where she spent her last night before being executed.

On the beautiful drive back through the New Forest we stopped off at a The Old Station Tea Shop at Holmsley. The railway is long gone but the tea shop can certainly be recommended.

All too soon it is time to move on. To have 11 days unseasonally warm, mostly sunny weather out of 12 has been superb. We only a short hop this time, slightly further north to a village near Winchester for 16 days. Just sixteen days house-sitting before our first overseas trip of 2019. So it is farewell for now to the New Forest and Ronnie, Lily and Monty and hello to the terriers Bloomer and Wispa. 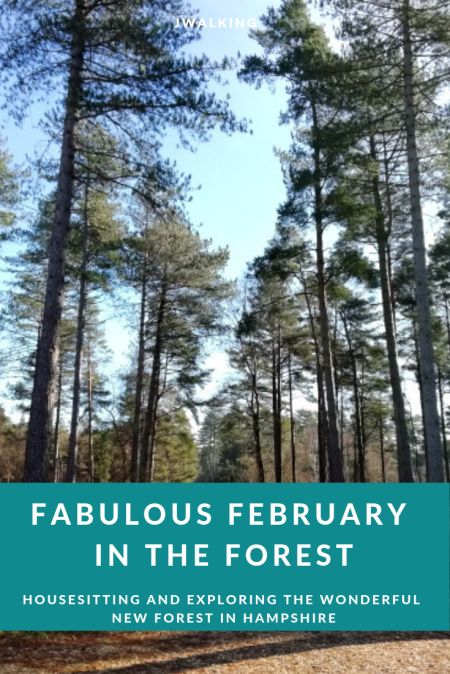