What’s the best TV advert ever? Too many to choose from? Can’t remember any that you liked, or just don’t want to remember perhaps? I admit that most TV adverts are either annoying or ridiculous and instantly forgettable but there have been a few over the years that have stuck in our minds and become almost ‘popular‘.

Now we didn’t set out on some sort of bizarre ‘advert crusade‘ where we scoured the land locating locations where classic ads had been shot, although now that I’ve mentioned it that does sound intriguing. What happened was …… I’ll come to that in a moment.

Our latest house-sit was in Tisbury, Wiltshire and with the kind offer of using our hosts car we decided one morning to head out somewhere we had never been before. A quick check of the map and we decided on the nearby town of Shaftesbury in the adjoining county of Dorset. It sounded quite nice, typically English, so we set off on the 30 minute drive.

Another day another county and if we had one of those scratch-it-off how-many-have-we-visited county maps we would be scratching off yet another area to almost complete a clean sweep of all 48 English counties. Haven’t checked properly but I think we have around 5 left to visit. Someone asked me the other what constitutes saying you had visited somewhere and I think that you should have stopped somewhere to eat or drink in order for it to count. I don’t mean a motorway service station either. A restaurant or a pub or a coffee shop, something like that. 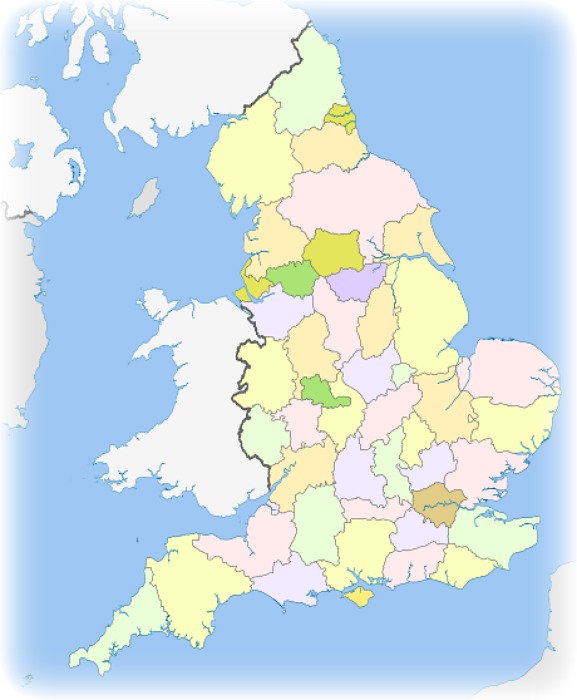 How many have you visited?

The more we think about English counties the more we really want to visit every single one. the more we have travelled overseas the more we feel it’s important to seriously see all of our own country.

Shaftesbury was founded by King Alfred the Great in 880 and has a rich history surrounding the abbey and links to many Kings since then including Edward the Confessor, King Canute, King Stephen, and Richard II. My favourite royal fact though is that in 1035 the King of England, Denmark and Norway died in Shaftesbury. His name was Cnut the Great. Brilliant.

So what’s with all the TV advert stuff you may ask? Well as we wandered through the quaint middle English streets of Shaftesbury we arrived at the top of Gold Hill. A seriously steep cobblestoned hill winding down from the town. At the top of the hill there is a museum in which the story of Shaftesburys main claim to fame can be discovered.

In 1973 the bread-making company Hovis filmed an advert here called ‘Boy on the Bike‘. Directed by Ridley Scott, who would go on to make Alien, Blade Runner, and Gladiator, the ad featured a young lad pushing his bike up a steep hill to deliver a loaf of Hovis bread. Accompanied by Dvoraks ‘Symphony Number 9‘ it quickly became part of British culture and the most famous advert of its day. 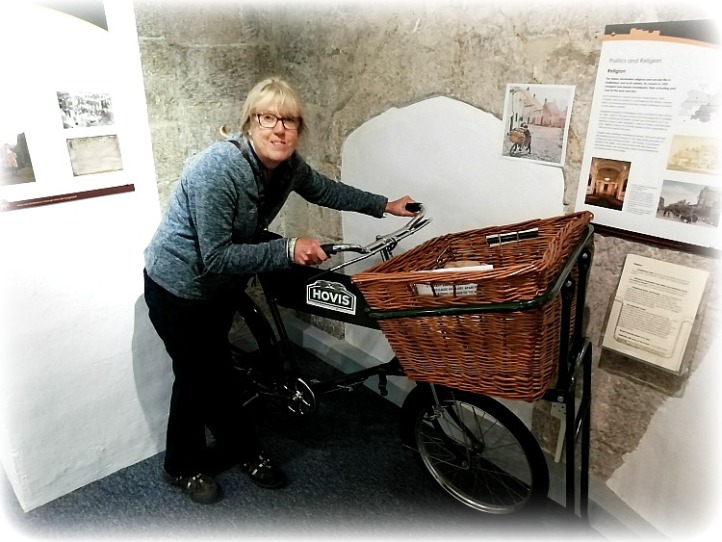 We had always assumed, and I’m sure the majority of others did the same, that it had been filmed somewhere in Yorkshire due to the accent of the baker at the end but we were completely wrong. Dorset! So we read all about the filming in the little museum, saw the actual bike used, walked down and then back up the steep hill, took a bunch of pictures and stopped for a coffee over looking the top of the hill.

It’s great to stumble across something like this that isn’t very important at all but is a part of all of our lives.

A couple of years ago the Independent Newspaper ran a competition and the Hovis Ad ‘Boy on a Bike‘ was voted Britains Best TV Advert ever closely followed by Milk Tray (‘And all because the lady loves ….‘) and Ferrero Rocher (‘you spoil us Ambassador‘). Memories eh? 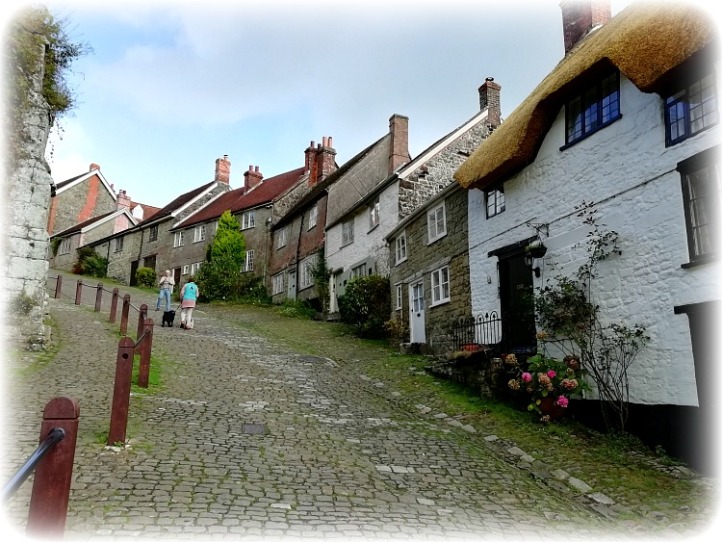 Some of our favourite days out are when we have stumbled across a place that we previously had absolutely no idea about. Shaftesbury and Gold Hill was exactly that, a lovely quintessentially English town with great history and of course the Hovis effect. Can you hear the music in your head right now? Can you? 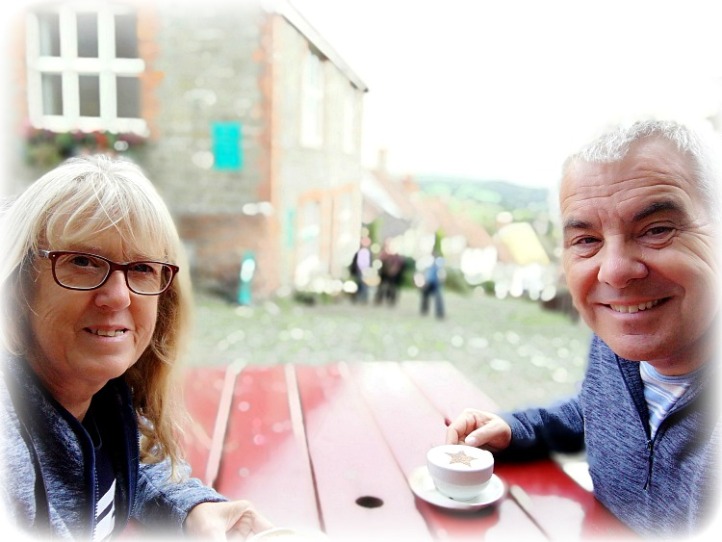 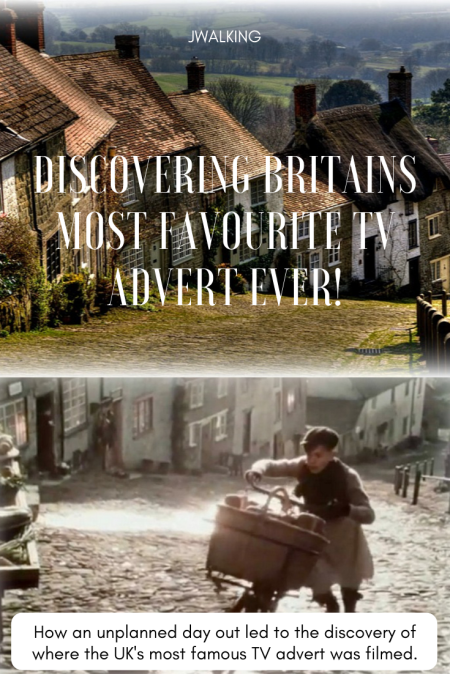