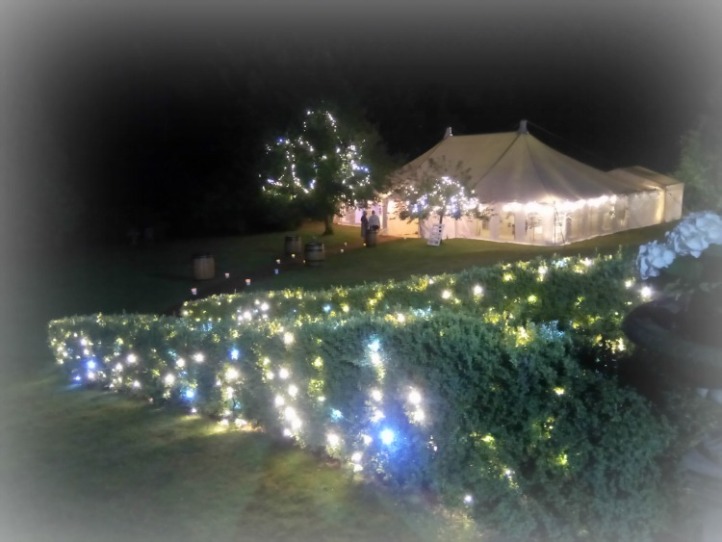 So what goes into planning the ultimate wedding? It is only now, after the event, that we can reflect on the hours and hours of preparation that went into our son and daughter-in-law’s wedding a week ago. Being on the move constantly meant we were only able to help out with a certain amount of the organisation but even that gave us an insight into the amount of planning, scope of requirements, detail and sheer stamina required to get to the big day itself.  So all credit to the new Mr and Shaun Mrs Ringwood and Katie’s parents, Steve and Sue, for the team work, patience and love that went into every aspect of the day. The whole day oozed with the individual touches.

For us the long countdown since naming the date was over and, although we were sad to leave Scotland, what better reason could we have to journey south?

Six days before the wedding we tucked into our last breakfast in the caravan, coaxed the zips to close on the cases and loaded the dustbin with Jon’s tired walking boots and working jeans (which encountered some sort of industrial strimming accident and appeared to only have threadbare material holding the crotch together). 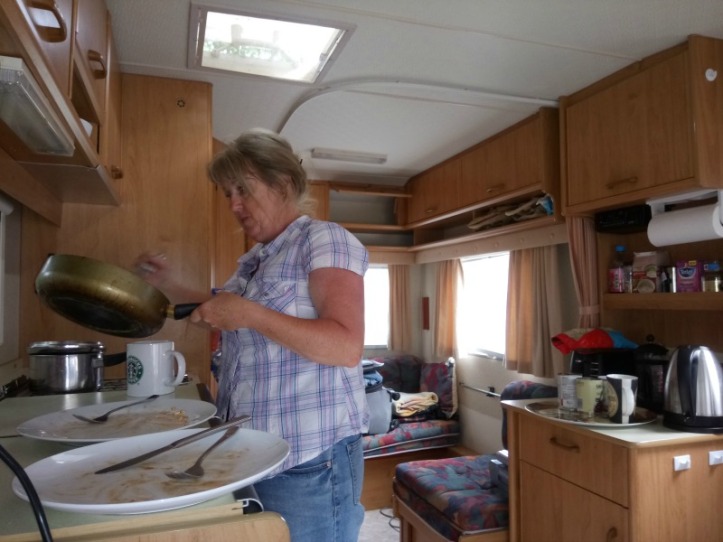 Just enough time to have a last game with Jon’s new best friend, Beauly, a three year old German Shepherd. Beauly had got used to coming and sitting just outside the caravan on the off chance of a ball game. After a few sessions, Beauly managed to train Jon that he needed two tennis balls. One each!! None of this throw, retrieve and drop business thank you! 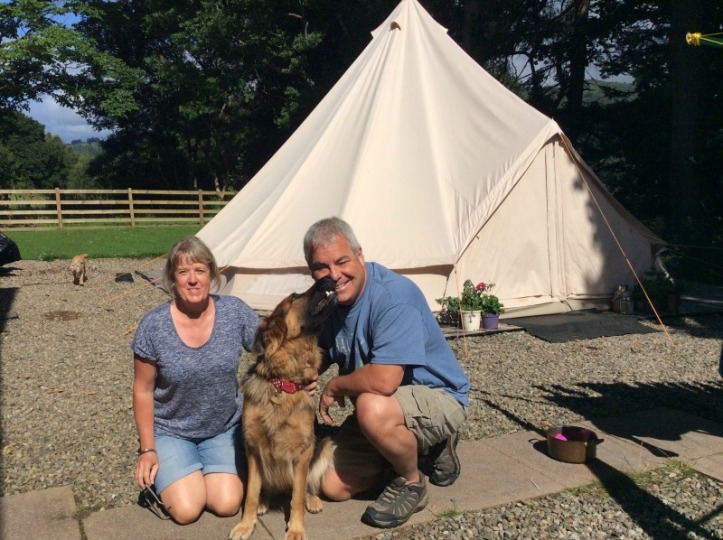 We had a message and a photo a few hours later from Scotland to say Beauly was still sitting outside the caravan with her ball. We are still guilt ridden….. 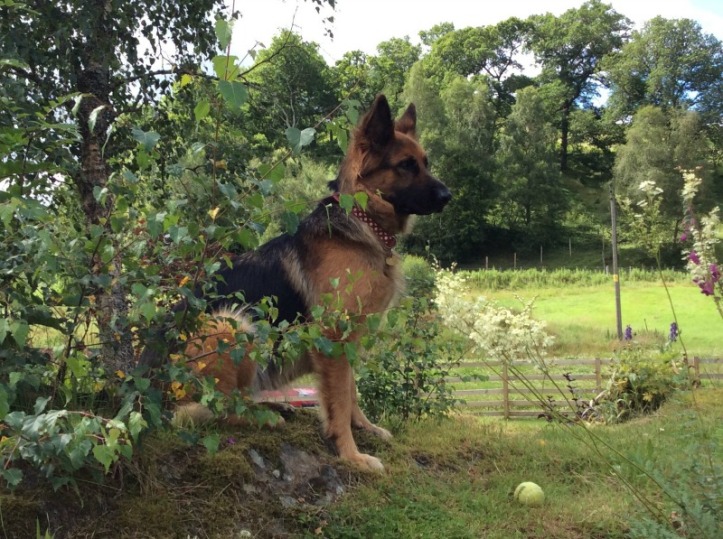 Despite wishing every mile would go faster, the 6 to 7 hour journey back went seamlessly and after one night courtesy of a Premier Inn we arrived at the Cottage that both families were to share up until the wedding. It was a lovely property only a few miles from the venue complete with swimming pool and a tennis court for letting off steam. 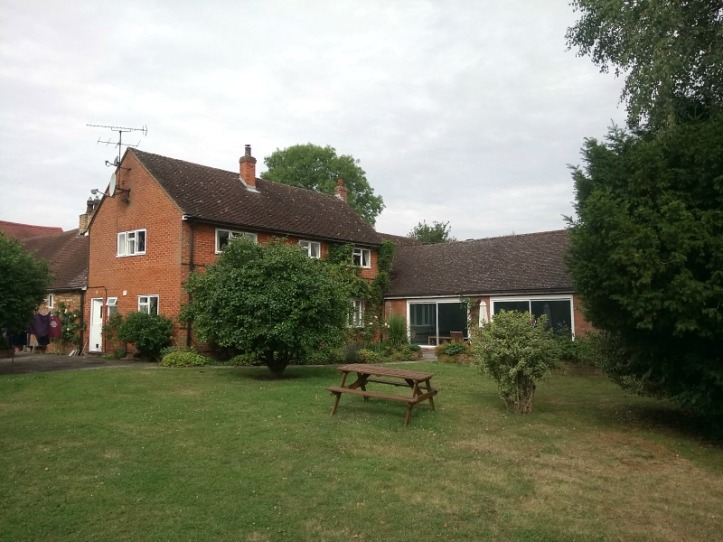 The cottage was brilliant for being able to spread out with all the DIY crafts and final preparations that were required. It was even better when newcomers arrived to lend a hand. The trade off was to do some crafty stuff then swim – we may even feed you too! 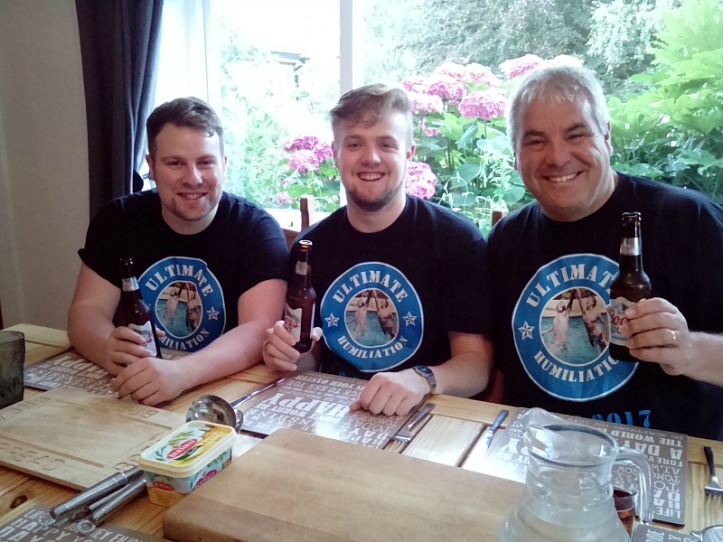 This is not your conventional gift list, this is the Wedding To Do List. Katie had worked so hard sourcing all the materials she wanted to use for decorating the marquee, tables and so on. Every day she prepared a list of things to do so that we didn’t constantly bombard her with questions. The most memorable activity (and I have a blister and Shaun has a rope burn to prove it) was making tissue pom poms and stringing them onto garlands for the marquee. We had a strict deadline for the 50 or so that were needed to go up as they were erecting the marquee. Even with rain trying to thwart our transportation, we hit that deadline OK.  Only another 120 required for the remainder of the marquee and Secret Garden which was the location of the outdoor ceremony. All hands on deck on the Blackburn/Ringwood pom pom production line. 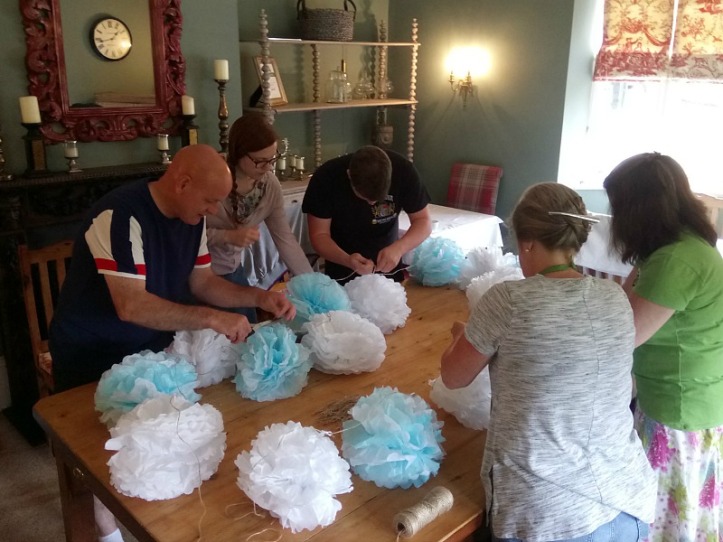 There was a little resistance from the male members of the production team to puffing out the tissue for the final effect but credit where credit is due everyone jumped in and lent a hand. The shapes varied from circular to oval, or rugby ball to melon but it was never an exact science.

The accumulating display of pom poms grew and grew to such an extent that it buried Katie. Looks like an episode of Midsummer Murders “Death by Pom Pom”. 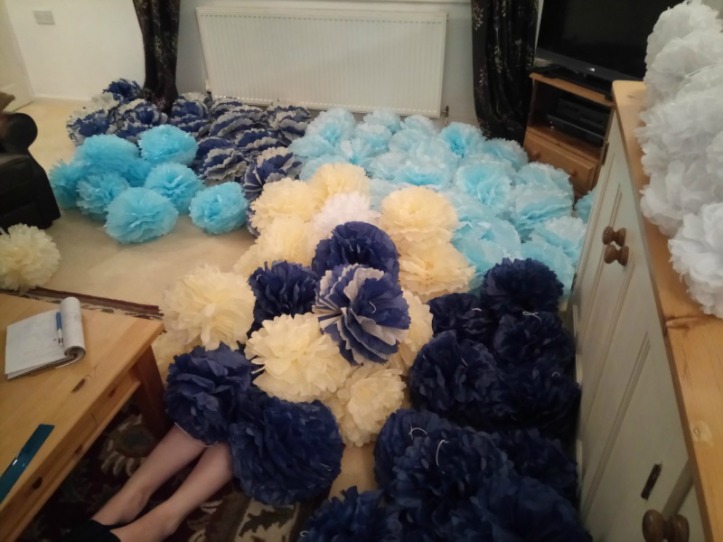 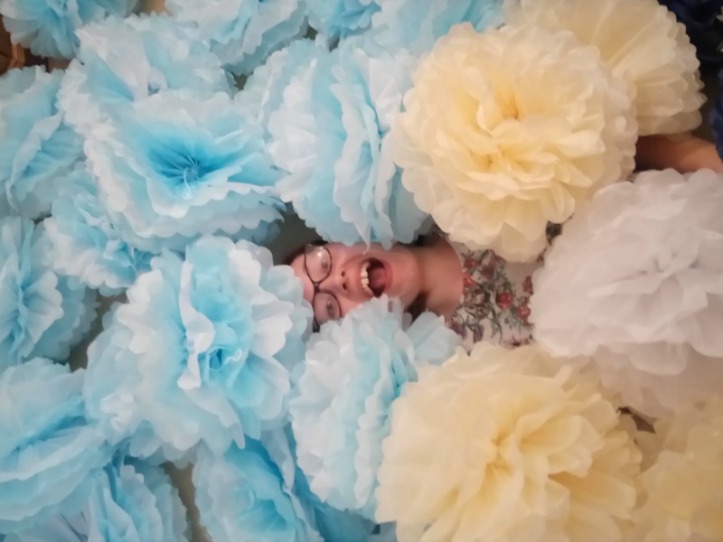 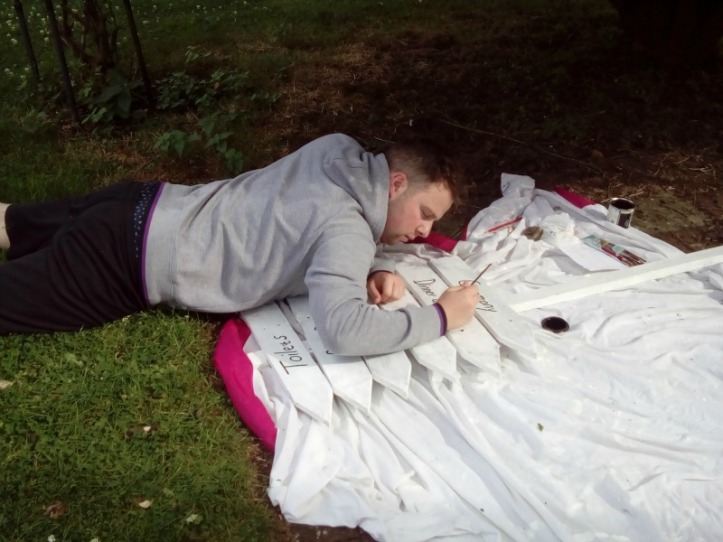 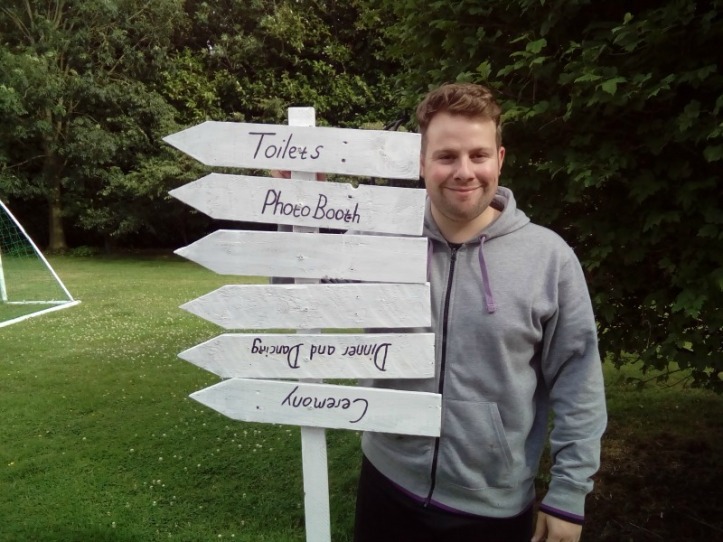 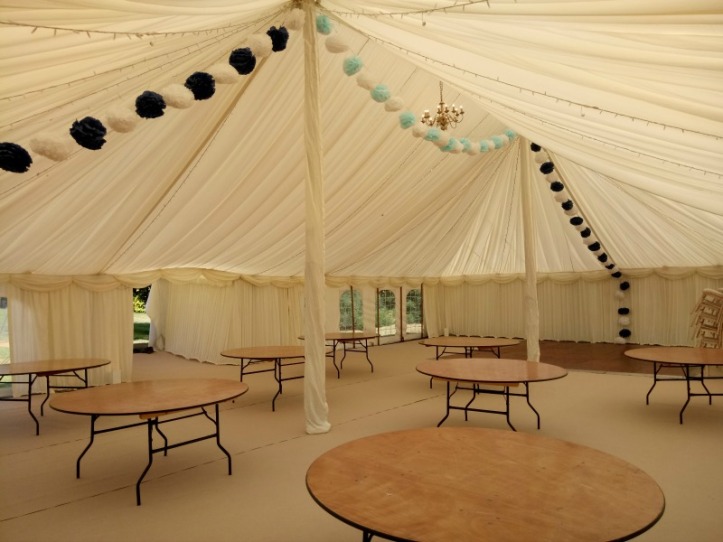 or maybe the Best Man will just check the bar supplies!

Time to pack away the scissors, drills, paint pots and endless tissue paper and get spruced up. For me, the pleasure of both families spending time together working with Shaun and Katie towards the big day was something that crept up on me. What better way to get to know each other and build the anticipation for the big day. Everyone had a sense of achievement and now was the time to step back and enjoy the beautifully decorated venue and get tearful at the ceremony. Those would  be tears of joy – not from fear that a pom pom string would fail. I think you will agree that it looks great and many hands definitely made light happy work. 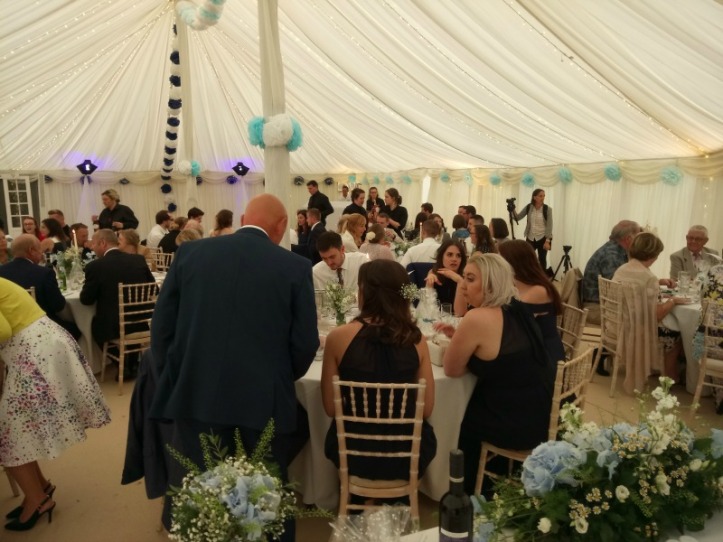 Jonno and I are now venturing into wedding venue preparation. In fact we have one booking already in October…do you think they need pom poms? 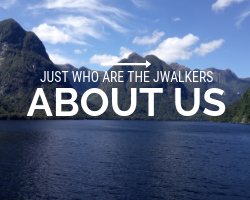 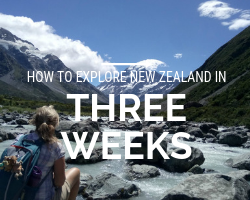 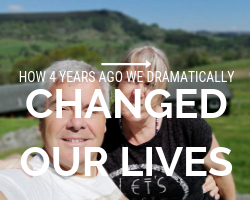 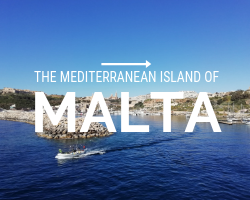