It is with heavy hearts and sadness that we say goodbye to North America and come to the end of our latest little adventure. It seems only yesterday that we were discussing all of the places we wanted to visit and working out an itinerary and now it’s over. We’re both full of a variety of competing emotions at the moment which along with the journey home and the jetlag have virtually wiped us out.

Sounds a bit final doesn’t it but our last weekend in Canada was delightfully lazy spent relaxing in comparative luxury in a quiet little hotel in North York, Toronto. It wasn’t without drama though as when we checked in at the Novotel the very superior, condescending chap on reception claimed not to have any booking for us. Strange, as we’d booked back in March and had several emails from the hotel in the meantime. These things happen of course but when Mr Superior said it was down to me to prove I had a booking and asked to see the emails then we started to fall out! Got it sorted eventually but only after being given a noisy crappy room, complaining to the manager about the room and Mr Superior, and then insisting on some sort of recompense. Ended up in a sooper-dooper, executive 18th floor room even though we paid for the bog standard one. Result! 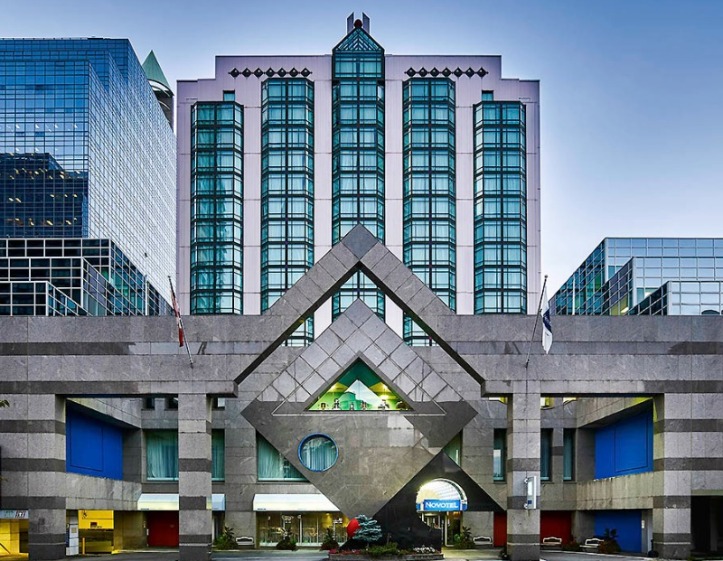 The plan was to do a lot of not-very-much so that’s what we did. A few little walks, some window-shopping, couple of meals out, oh and a trip to the cinema to see Arrival. What a great film! They said it would make you think and it really did, we came out talking about it and didn’t stop for the next couple of hours. Go see it.

A quick change of hotel to the Fairfield Inns and Suites at Toronto Airport and we were all set for the epic journey home. All planned obviously and a short hop to New York JFK on Delta Airlines followed by a few hours wait and the Virgin Atlantic flight back to London Heathrow. It all went like clockwork and after too much airborne food and a couple of inflight movies we were touching down in England after 8 months away.

Our Green and Pleasant Land

Even though we were tired and weary we couldn’t help be moved by the beautiful crisp cold English morning. We may have travelled half way around the world previously but there is so much to be said about this fabulous country. Nowhere else we’ve ever been is quite like it and one of the things we have realised over the past 18 months of travel is truer than ever;

One of our main aims for the coming year is to explore and see more of the UK as it has so much to offer. We keep coming up with all sorts of ridiculous challenges and adventures such as buying a double-decker London bus to drive around, or walking to Scotland, or my personal favourite ……… walking the entire length of the London Underground …overground! Brilliant eh? Not sure if we’ll do any of those yet but we’ll definitely be here for a few months at least.

Where do we live?

Just a quick aside. I’ve been getting extremely irritated over the past year or so by the fact that the whole world keeps telling me I live in either the United Kingdom or Great Britain (it’s different everywhere but that’s another argument). I am never allowed to be English or live in England which bugs me a whole lot. It seems that it’s fine to be Scottish or Welsh but if you’re from England you have to be British. Annoying. Rant over.

We’ve said it before and we’ll say it again but the most important part of travelling is not the places you visit it is the people that you meet and all of the hosts that we have stayed with in both the USA and Canada have been incredible. They’ve all made our trip amazing. We’ve met a whole host of people and made a whole lot of friends, many of whom we will keep in touch with and hopefully see again fairly soon.

Here’s a weird fact that you can make of what you will. At least 6 of the Airbnb hosts that we lived with quit hosting almost immediately after we stayed with them! Not sure what that means but perhaps it was because they knew they would never have such nice guests ever again? Perhaps not.

So a huge thank you and massive hugs to Jean, Lynnette and Tony, Jordan, Chris and Ray, Arun, Ava and Josh, Maggie and Matt, Sedi and David, Sophia, Chris and Laura, Stephanie, Shauna and Doug, Chrissy and Niels, Stephenie and Leighton, Kasey B, Christine and Peter, Jacqueline and Darryl, Patrick, Jerome, Fares, and finally Carl and Jean.

As I never tire of saying, we didn’t just stay with you we lived with you, and your houses were our home for the time we spent together. We will never ever forget your kindness and the gracious way that you welcomed us into your lives and we truly hope that we can meet up again in the future.

Also, a big thank you to Scumbag Lily and Slippery Luc without whom our trip would have been less eventful and exciting and of course we wouldn’t have met Sedi, Sophia, Patrick or Jerome.

We were chatting on our journey home about all of the people and places from our trip and returned to my favourite subject of memorable moments. I’m not talking about great places like the Empire State Building, or big days out like driving the Icefields Parkway. I mean actual moments. These are just a few that will stay with us forever.

Feeling the first rush of water from Niagara Falls completely swamp both of us at the front of the boat as we got utterly drenched.

Sitting in Central Park Tennis Club in the torrential rain eating our ham sandwiches looking out across a tennis court ocean as a demented American guy practiced his repertoire of shots right in front of us.

Watching the sunrise through the glass roof of the California Zephyr as we climbed through the Colorado Rockies.

Our early morning canoe out into the middle of Pyramid Lake in the heart of the Canadian Rockies.

Sitting in Rays little land train in Cantigny racing back to his car as a monsoon-style rainstorm hit hard.

Climbing steeply up the cliff face of Whistler Mountain as our chair lift pulled us vertically over the final peak.

The first jaw-dropping view of the Grand Canyon.

Well we mentioned housesitting before didn’t we? We have a few housesits booked around England for the first few months of 2017 and are constantly looking for more. The plan is to spend all of our time in the UK up until September and then we’ll see what happens. We still have a serious travel itch that needs scratching so something will have to be done about that I guess.